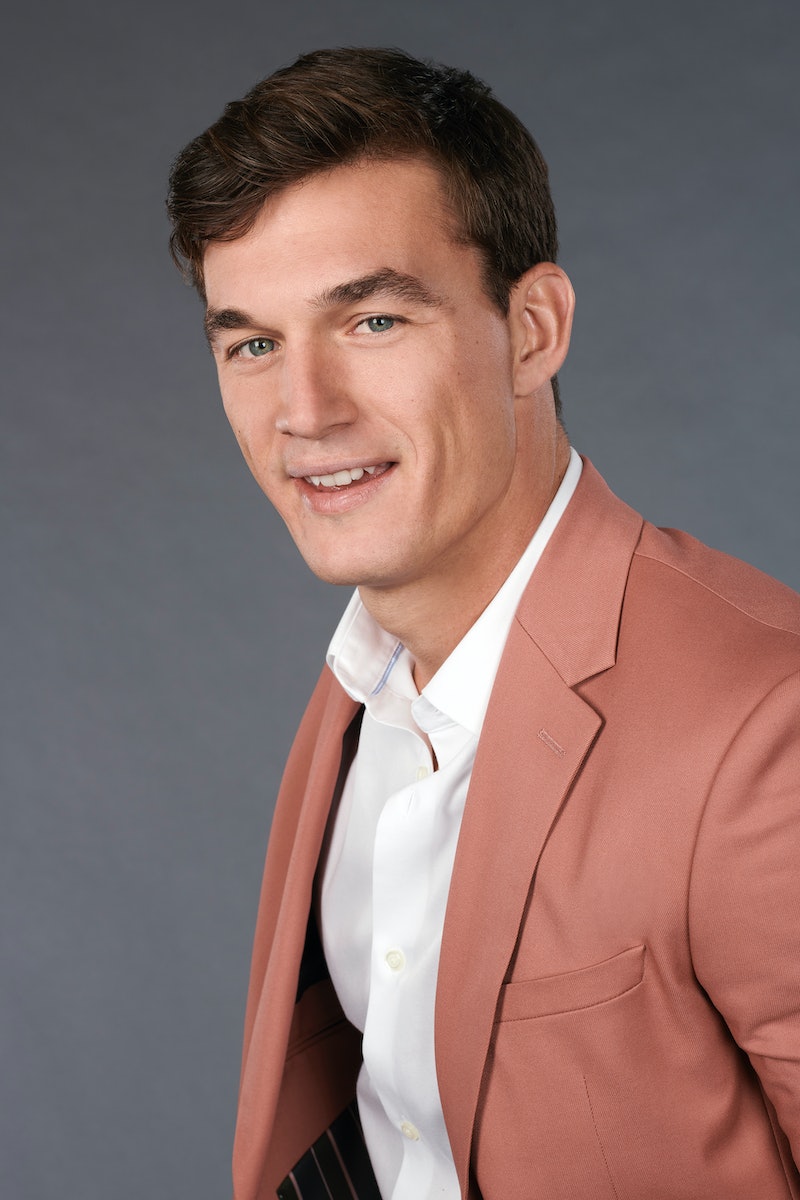 There are plenty of Bachelorette contestants with wacky occupations listed under their names. John Paul Jones is just "John Paul Jones," Kamil from Becca's season was infamously known as a "social media participant," one woman on Colton's season was just a "sloth." But some of Hannah B.'s men have legitimate — and pretty cool — occupations. Take, for example, Bachelorette contestant Tyler C.'s job. His ABC bio lists him as a general contractor, but he's also a model repped by a few big agencies, so he's got his eggs in a couple of different baskets.

Tyler managed to flaunt both of his passions during The Bachelorette's Season 15 premiere, during which he did a pretty amazing Footloose homage in the middle of a home he was working on. Tyler's Instagram appears to have been deleted, but when it was up, it listed Next Models agency in Miami, Soul Artist Management in New York City, and Option 1 Models in Chicago among the agencies he's working with. His Instagram bio also said he graduated from Wake Forest University and earned an MBA from Florida Atlantic, but sadly, he hasn't divulged much more information on social media.

It's a shame we can't know more about his work, because being a contractor totally intersects with Hannah's interests. In case you've forgotten, she was an interior designer before becoming a contestant on The Bachelor. Together, they could build the perfect home. Maybe they could even turn it in into a full-on business and get their own show a la Chip and Joanna Gaines on Fixer Upper? Just throwing it out there.

Tyler C. is certainly in better standing than the other guy who tried to play the interior design card, aka Scott, who tried to help Hannah plan their dream home when he talked with her on night one. Unfortunately, it was revealed that had a girlfriend waiting for him back home, and Hannah swiftly sent him home.

According to his ABC bio, Tyler does his general contractor work in his hometown of Jupiter, Florida, and if you know anything about that city, that's kind of a great place to be working. It's right on the southeastern coast of Florida, with beautiful views of the water, so there are probably plenty of homeowners looking for quality contractors in the area. According to Zillow, the median home value in Jupiter is $367,500, so Tyler could definitely make a good living building, designing, and remodeling homes with presumably significant budgets.

Fans are already considering Tyler C. a frontrunner for Hannah's heart, and the construction references have been going strong.

Of course, only time will tell how things work out for Tyler C. There's still a couple dozen men Hannah has to sift through before she decides who she sees a future with. But Tyler is definitely off to a great start. He knows how to strike a pose, and he might be able to build her a Bachelorette mansion of her own one day. Definitely keep your eye on this one, Hannah.