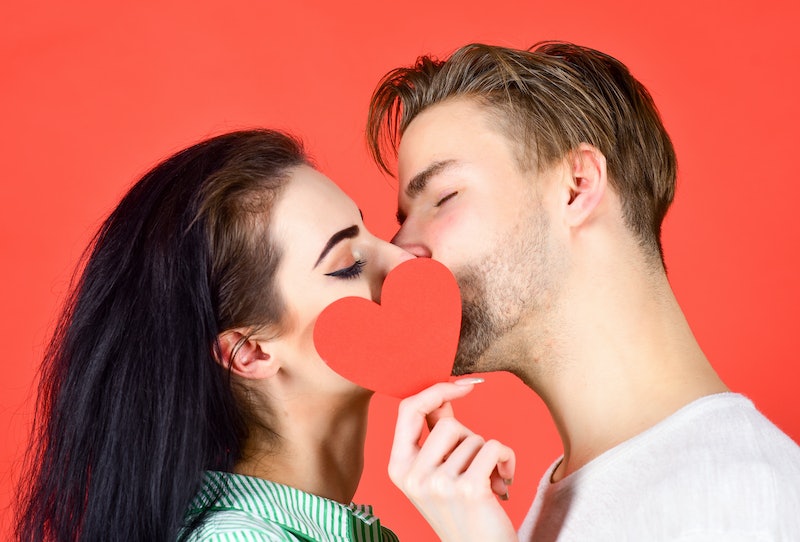 While they might not always be as magical as films would have us believe, first kisses are pretty important. You definitely want to feel something in that moment and for a reason I can’t quite put my finger on they're either amazing or rubbish. You’ve got to have chemistry if a relationship is going to progress. And when it comes to kissing people apparently aren’t playing games. A recent study has revealed 47 percent of Brits have considered ending a relationship over their partner's kissing skills. While some may see a bad kiss as a chance to teach their partner a thing or two others don’t want to stick around that long.

July 6 is International Kissing Day so if you were ever going to have a cheeky smooch now is the time. In the run up to the big day dating app Plenty of Fish asked people how important a good first kiss is and it turns out it’s pretty crucial. A total of 47 percent of Brits have considered ending a relationship over their partner’s poor kissing ability and 56 percent said they wouldn’t organise a second date if the first one ended in a bad kiss.

It looks like it’s all in the kiss. While their partners abilities were seen as pretty important the respondents were pretty confident in their own technique as 90 percent said they thought they were a great kisser. Nothing like a little bit of self confidence.

There’s a lot that goes into a great kiss. Circumstance is pretty important. There’s a pretty big difference between a smooch in the smoking area of a club and on an exotic beach at sunset. The person you are with is pretty important too. Of those asked, 55 percent of couples said they didn’t believe their partner was the best kisser they’ve ever experienced. Eleven percent said their ex was the best kiss of their life and 13 percent gave that award to a stranger.

So, when you’re having the kiss of a lifetime with your partner (or someone else) are you always in the moment? Plenty of Fish found that’s not the case for everyone. Fifty-eight percent admitted to fantasising about a celebrity while kissing their partner. Well, if you find yourself thinking about Tom Hardy you’ve got to remember, you’re only human. Perhaps more worryingly, 25 percent said they had imagined kissing their ex and 19 percent said they had thought about a coworker mid-kiss.

Plenty of Fish relationship expert Shannon Smith gave some of her top tips for improving your kissing skills.

So it would seem there's a pretty universal consensus that kissing is important. Fifty-three percent of women said they’d leave someone who was bad at kissing compared to 42 percent of men. Six in ten respondents also said they thought a kiss is the perfect way to end a first date. Whether you think you're a pro at locking lips or are taking close note of these tips make sure you celebrate International Kissing Day in style.