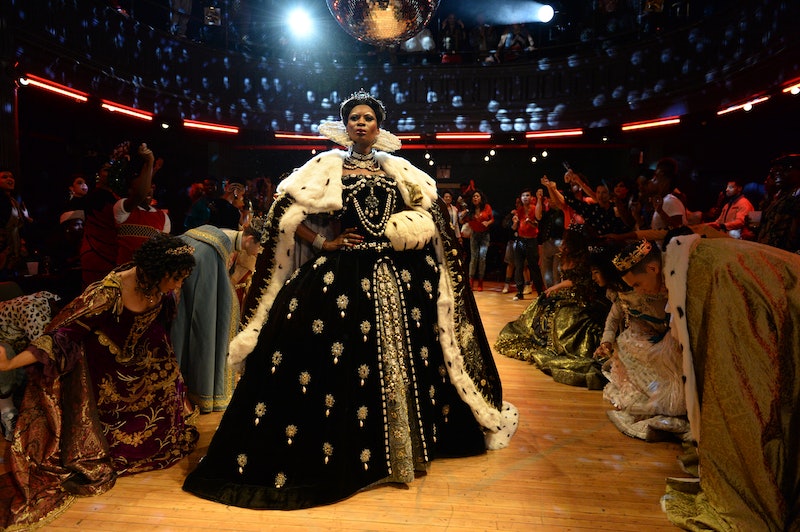 Ryan Murphy's new FX series happens in world that many people watching may not recognize, but its influence on popular culture is undeniable. Premiering on June 3, Pose is set during the late '80s, during the rise of ballroom culture. The ballroom scene in 2018 may look different, but competitions like the ones featured in this series still take place today.

The plot of Pose is very much tied to its time period. Public spaces were much less welcoming for LGBTQIA+ individuals. The New York Times reported in 1986 that violent attacks against members of the community had increased since the fight for gay rights was being fought more publicly. The threat of HIV/AIDS also loomed, with the CDC saying there were as many as 150,000 new infections per year in America at the time. (Ronald Reagan and his administration are still criticized for not responding adequately to the health crisis.)

Ballrooms were a refuge in America, as seen in Pose. And they still serve a valuable purpose to those who find camaraderie within them and continue to walk today.

While ballroom communities still exist in 2018, the most popular depiction of the culture covers the time period that's also portrayed in Pose. Ballroom culture was established before the the '80s, but the 1990 documentary Paris Is Burning provided a look into the scene and became a critical success, winning the prestigious Sundance Film Festival Grand Jury Prize in 1991. The film, directed by Jennie Livingston shows viewers into the New York City subculture and introduces various personalities that participated in the scene, from newcomers to long-established "house mothers" — community leaders within ball culture.

While Pose isn't directly inspired by the documentary, the film had a major influence on the show. Showrunner Ryan Murphy told audiences at a Television Critics Association event, per Deadline, that he had considered making Paris Is Burning into a fictional television series, but decided that "to take those iconic people and make a fictionalized version" would be too difficult. And more modern depictions of the scene have popped up since Paris, such as the 2017 documentary KiKi, despite the ballroom scene remaining largely underground.

Many of the aspects of the ballroom culture that can be seen in Pose — including the act of walking, the structure of houses, and the balls themselves — exist in modern ball culture as well, per The New York Times. However, despite the longevity of the subculture and the fact that it's influence can be strongly felt in more mainstream media — from Madonna's "Vogue" to RuPaul's Drag Race — the ballroom scene remains relatively unexploited.

Power Infiniti, a 20-year veteran of Miami's ballroom scene, told The Miami New Times that if one were to "walk down the street in Fort Lauderdale or South Beach, stop 20 gay men, and ask them about the icons in the ballroom scene ... Most of them wouldn't even know, never heard of 'em. It's such an underground world that not even most of our own community knows about it." Of the talent at said balls, Infiniti — the mother of her own ballroom house — claimed, "It's like Cirque Du Soleil, but all this talent is so hidden. The rest of the world never gets to see it."

While ball culture still operates out of the public eye, it's never gone away. There are documentations of the ball scene thriving in Philadelphia, Los Angeles, New York City, Chicago, keeping the legacy of older ballroom walkers alive. Those interested in attending a ball for themselves may not have a great deal of luck by searching online — balls aren't the sort of events that lend themselves to Facebook event pages or newspaper listings. Instead, news of upcoming balls are communicated through e-mail chains, per the New York Times, or word of mouth.

One of the most important aspects of ball culture — more so than shade or voguing — is that of a found family. As seen in Pose and Paris Is Burning, part of what still makes the culture so appealing is the promise of a family that offers acceptance and an unconditional love. People abandoned by families and friends for being themselves still find comfort in the houses that make up the ballroom scene. So don't count on ball culture to go mainstream. But chances are it will stay alive as long as people are in need of community, connection, and celebration.