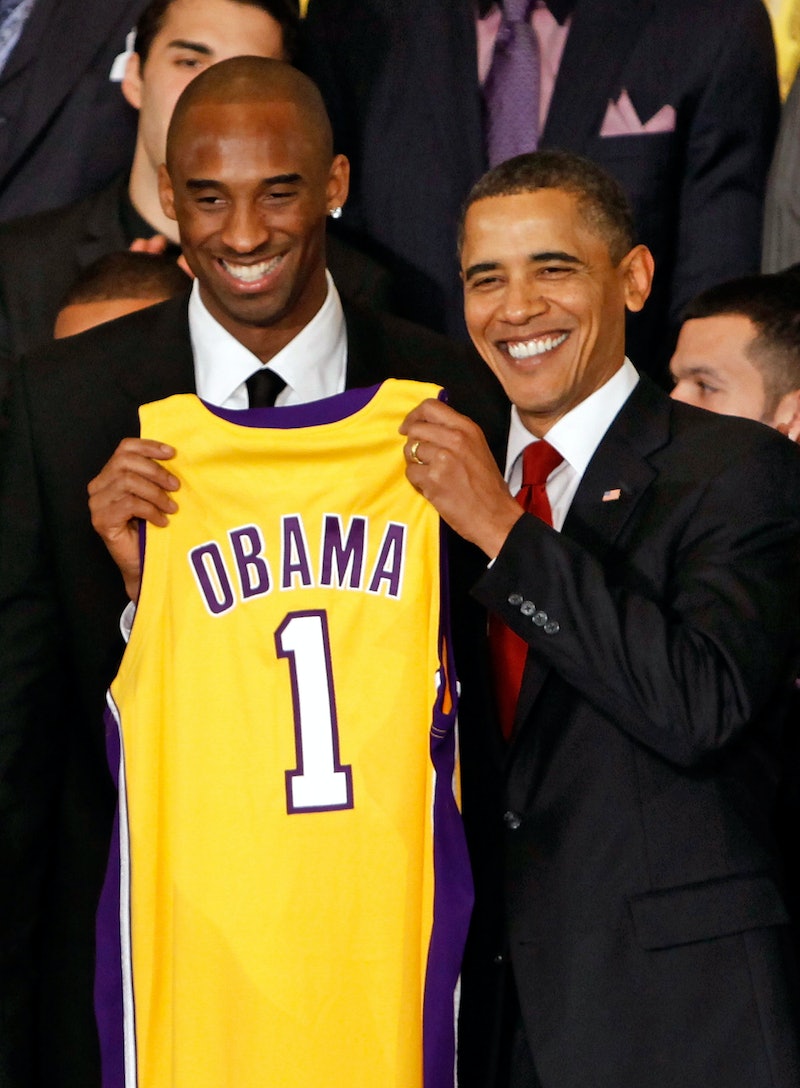 Former President Barack Obama has joined the chorus of celebrities in paying tribute to Kobe Bryant on Twitter. Shortly after Bryant's death in a helicopter crash was confirmed on Sunday, Jan. 26, Obama paid tribute to Bryant and his daughter, Gianna, who was also confirmed to have died in the crash. "Kobe was a legend on the court and just getting started in what would have been just as meaningful a second act," he wrote.

Obama continued his statement with heartfelt condolences on behalf of himself and his wife, Michelle Obama. "To lose Gianna is even more heartbreaking to us as parents. Michelle and I send love and prayers to Vanessa and the entire Bryant family on an unthinkable day." Bryant and his 13-year-old daughter, Gianna, who went by Gigi, died early Sunday morning in a helicopter crash in Calabasas, California. Bryant was 41 years old. According to multiple early reports, there were three other people on board the helicopter who also died in the fatal crash, but their identities have yet to be confirmed. In a press conference, the LA County Sheriffs Department said they believed there were nine bodies found on the scene, but could not provide any further comment.

In the meantime, fans of the late basketball players have taken to Twitter to express their sadness and send their condolences to Bryant's wife, Vanessa, and their three young daughters.

Obama and Bryant have been friends for many years. The legendary Lakers player presented the former President with his very own Lakers jersey during a White House visit in 2010 to celebrate the team's National Championship victory. In 20015, Bryant released a sneaker collaboration with Nike called Kobe X Elite "Commander," which was inspired by Obama. Over the years, he reportedly kept in contact with Obama and White House staffers to collaborate on how to have an impact on social issues outside of basketball. "I wanted to know how he got better, from managing his schedule to what he reads," Bryant told Politico in 2017.

More like this
The Spice Girls & Adele Lead Girl Power Celebrations For Lionesses’ Euros Win
By Sophie McEvoy
Princess Charlotte Helped Her Dad Film An Adorable Video For Euro 2022
By Grace Wehniainen
Even The Royal Family Can’t Get Over Alessia Russo’s Backheel Goal For England
By Maxine Harrison
Talking About Mental Health In Sport Is Crucial, Says England Legend Karen Carney
By Sam Ramsden
Get Even More From Bustle — Sign Up For The Newsletter