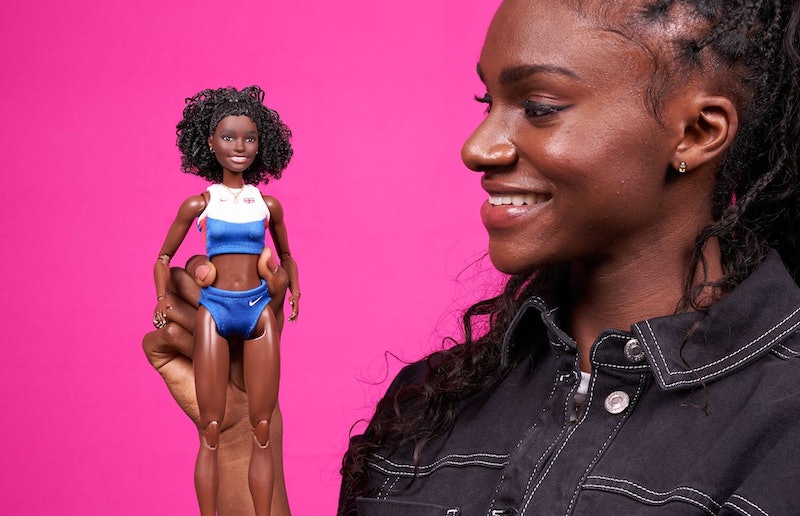 International Women’s Day will be celebrated around the globe on March 8. In 2020 there’s so much excellence to be celebrated and Barbie has decided to honour some very special women by creating one-of-a-kind dolls that resemble them. However, people are unhappy they can't buy the Dina Asher-Smith Barbie doll and have taken to Twitter to speak about it.

Yesterday (March 3), Barbie announced that Asher-Smith would be one of the athletes to have a doll of her made for International Women’s Day. Asher-Smith posed for pictures with her doll and, speaking to BBC Sport, she said, “It’s really important that Barbie celebrates women that have achieved amazing things because you’re teaching young people that their dreams are valid.”

However, if you wanted to get your hands on one of these dolls, you’re out of luck as Barbie announced via Twitter yesterday that it was a one-off and not available for purchase.

In response, one fan wrote "@Barbie you are seriously missing a trick not mass producing a doll based on a genuine role model for kids." Another said: "So you went to all the trouble to tool up each and every part, ensure you have QA with the product and you won't make this available to the thousands of little girls who look up to their idols ??"

In fact, one user was so outraged that they actually set up a change.org petition asking Mattel to release the Asher-Smith doll to the mass market. At the time of writing, 175 people had signed it. The creator is hoping to reach 200. "With 2020 being an Olympic year, now is the perfect time for a wide-release Shero doll of Dina Asher-Smith," reads to change.org page.

I reached out to Barbie to establish whether the Asher-Smith doll will be available for the public to buy at some point in the future. They’re yet to get back to me but I will update this when they do.

The Asher-Smith doll was produced as part of Barbie’s Dream Gap Project. They conducted research that found that girls as young as five stop thinking they’re as capable or smart as boys. It’s at this age that they start developing self-limiting beliefs. Asher-Smith is the fastest British woman in history and an amazing role model for people everywhere.

Speaking about being part of the project on her Instagram Asher-Smith said, “When I was growing up there weren’t many dolls that looked like me full stop, let alone one that represented what I wanted to be without compromising musculature and smaller features of self expression. This may seem quite small but positively showcasing accurate images of sportswomen is so important. It has the potential to shape young people’s perception of us, sport and as a result themselves and their own futures.”

You can see the Asher-Smith doll on her social media and on the Barbie website.

More like this
You’ve Got 'Love Island’s Farmer Will All Wrong
By Jack Orenstein
Kate Middleton Wore The Ultimate '90s Power Suit
By Sam Ramsden
Beyoncé Wore A Golden Sheer Gown At Her VIP Dubai Concert
By Sam Ramsden
'Love Island's Will Got A Farm Animal Manicure & It's *Adorable*
By Sam Ramsden
Get The Very Best Of Bustle/UK
Sign up for Bustle UK's twice-weekly newsletter, featuring the latest must-watch TV, moving personal stories, and expert advice on the hottest viral buys.