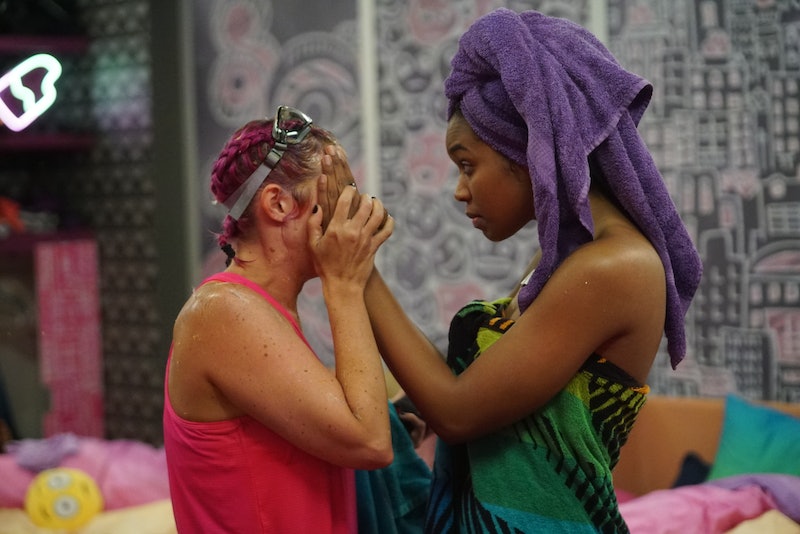 Big Brother 20 has had its share of arguments, but none of them drew blood until the fight between Bayleigh and Tyler in the hours leading up to Bayleigh's eviction. Bayleigh's eviction from Big Brother 20 was no surprise, considering that most of the house thought that she had the hacker power, but it wasn't until an unremarkable house meeting turned into a screaming match that Bayleigh's fate was sealed. The fight was an unfortunate occurrence in many ways, none more so than the fact that Bayleigh, who was being called a liar by others in the house, was telling the truth.

The fight stemmed from a house meeting that Haleigh called to reveal that she had won the hacker power, as Anglea and the rest of the house were under the impression that the power had been bestowed upon Bayleigh. This revelation was met with little reaction, but when Haleigh revealed that Tyler had suggested Angela as a replacement nomination at some point during the game, Tyler immediately began trying to convince others that Bayleigh was lying.

The usually confident and collected Tyler never admitted to lying — either to Bayleigh or in the Diary Room — which suggests that he may have misremembered, but the show took care to prove that Bayleigh was not wrong. In a flashback to their conversation that played Bayleigh's eviction episode, Tyler said that if there's an opportunity to put someone else on the block, "Angela goes up." The fact that Bayleigh was telling the truth, however, did not help in keeping the house meeting from escalating to heights that had not yet been seen on BB20.

The fight grew intense quickly, with Bayleigh and Tyler loudly exchanging their arguments and trying to prove that they were telling the truth, but reached genuinely chilling heights when Bayleigh started bleeding from the mouth mid-fight. Although little attention was called to it, close-ups of Bayliegh during the fight revealed that she had blood in her mouth while she was confronting Tyler. Despite Haleigh's attempts to clear Bayleigh's name, the fight with Tyler all but confirmed that he and his alliance would not allow Bayleigh to stay.

While the house meeting was filled with drama, however, the Bayleigh seen during the live eviction was a cool and collected one. She used her eviction speech to apologize for yelling during the house meeting — however unnecessarily an apology may have been — and left the house declaring, "You guys can all give me hugs. I’m no longer a big scary black lady," simultaneously making amends with the house while offering one last cutting remark at their expense.

In her exit interview with Julie, she showed a similar sense of humor and ease that proves that when it comes to drama, what happens in the Big Brother house stays in the Big Brother house. With her eviction, Bayleigh becomes the first member of the BB20 jury, meaning that she'll be casting a vote for the eventual winner from the final two. While Bayleigh may be out of the BB house and left in the jury house until the finale, she can rest easy knowing that the episode ended with Haleigh winning the HOH. Haleigh may not have been able to save Bayleigh, but she can always get revenge.