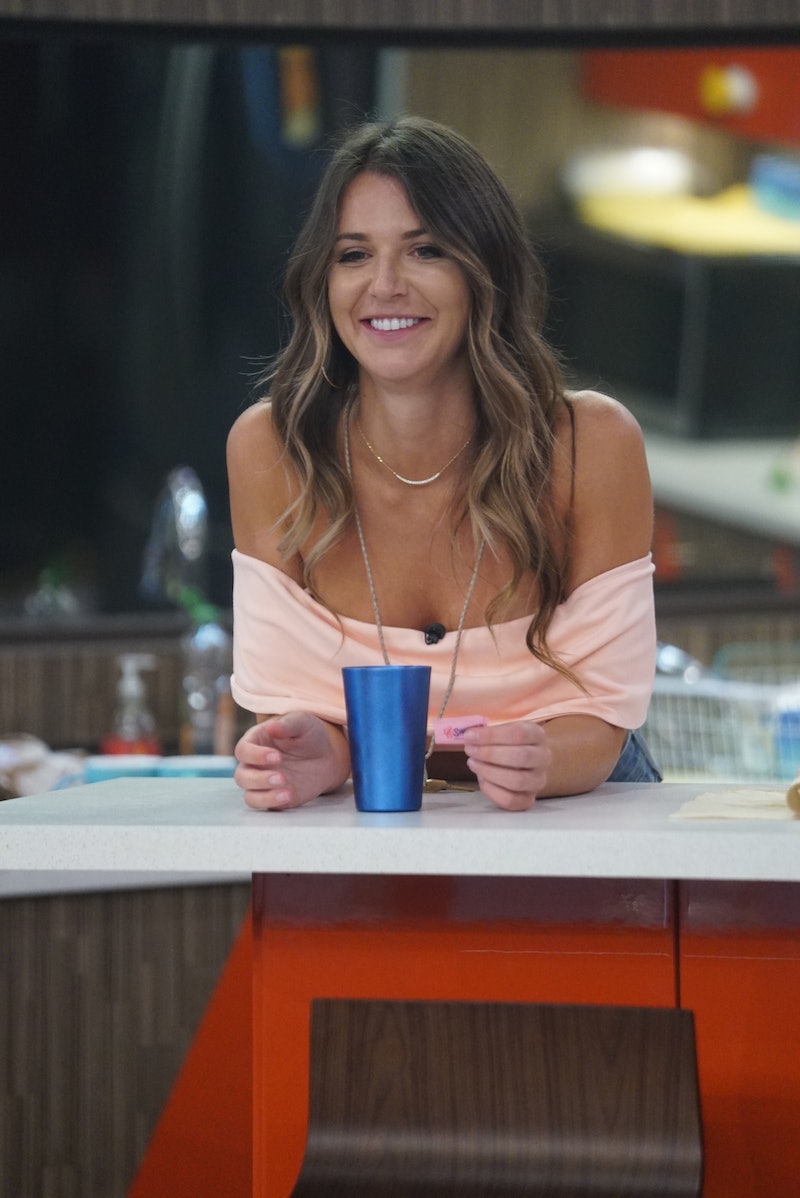 Contestants make a lot of assumptions on Big Brother, and all their sneaking around, whispering, and accusing can often result in crossed wires. That's exactly what happened on Wednesday night's episode, when Angela backdoored Bayleigh on BB20 and now has to suffer the consequences. The current HOH was straight-up convinced that the flight attendant was the "secret hacker" — the anonymous houseguest who had the power to replace one of her eviction noms.

Scottie and Rockstar, by the way, were the original nominations before the hacker replaced Scottie with Tyler. This meant the Hilton Head lifeguard was in danger of being booted, which spelled bad news for the Level Six alliance. What's more, Angela was convinced that Bayleigh had orchestrated the whole thing (spoiler: she didn't).

What the fitness model didn't know was that Haleigh was the real secret hacker, who pulled of a convincing poker face throughout the episode. However, the HOH decided to put a bug in Bayleigh's ear that Kaycee should compete in the veto competition. That way, she could ensure that Tyler, a member of the Level Six alliance, would stay safe. Bayleigh, unbeknownst to Angela, then took that news and fed it to the actual hacker, Haleigh, who decided to take her friend's advice. So when Kaycee was nominated for the veto comp, it seemed like a done deal to Angela.

All the while, Angela was acting like a loyal friend to Bay's face. However, BB fans already knew that the fitness model was cold-blooded after she gave her former friend, Rachel, some savage parting words. However, does the fact that the HOH is an ice queen translate into successful gameplay? After all, loyalty is important in the game, too. And while she, Tyler, Brett, and Kaycee are still trucking along in Level 6, it likely won't take much for her to turn on her teammates, too.

And despite being eliminated second from the Space Pecs competition, Angela won the power of veto. After exiting the game, contestants were told to choose different pairs of sparkly underwear, courtesy of comp host Mr. Pec-Tacular. And while Rockstar originally picked the lucky undies, the HOH snatched them off her (well, not literally). This allowed the bland yet effective power of Level Six to prove their loyalty to each other once again, when Angela decided to save teammate Tyler from the chopping block.

So all of this misunderstanding and backstabbing culminated in a very shocking announcement from the HOH, when she smugly announced that she'd known who the secret hacker was since the very beginning. And when she called Bay's name as both the secret hacker and Tyler's replacement, the flight attendant's jaw dropped. She went quietly over to sit next to Rockstar on the couch, but fans could tell that Bayleigh wasn't about to let this one go.

And so Angela patted herself on the back for her shrewd gameplay, not knowing that Haleigh had been pulling the strings this whole time. "It went down flawlessly," the HOH said in her DR. (Narrator: It didn't.) Meanwhile, Haleigh admitted in her DR that she felt bad that Bayleigh had taken the fall for her. After all, framing her alliance member was never part of the plan. And now that both Rockstar and Bayleigh are both on the block, FOUTTE/The Hive will doubtless be split in twain.

So whatever happens on tomorrow's episode, the reigning ice queen had better start flexing those well-photographed muscles, because Bay is out for blood.