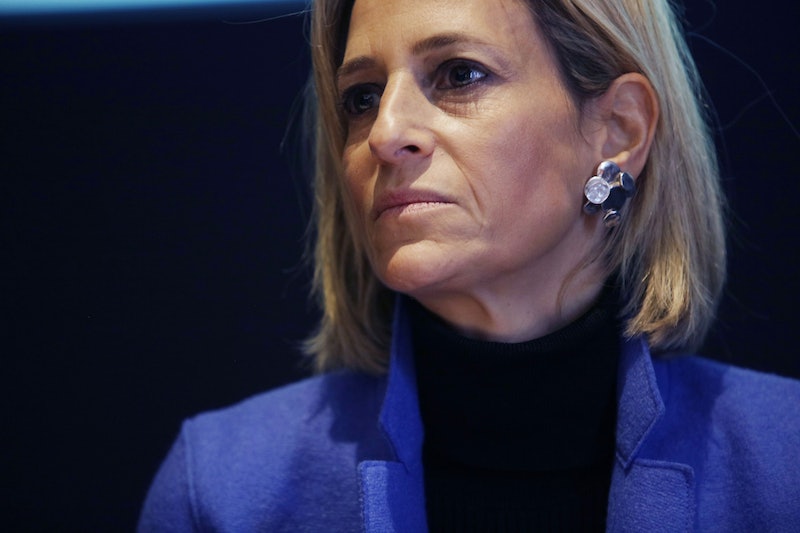 For over two decades, BBC Newsnight presenter Emily Maitlis has been harassed and stalked by a man she knew during her studies at university. A restraining order was initially placed by the broadcaster on 49-year-old Edward Vines in 2002, of which he has breached on two occasions, most recently in May 2019. Vines initially pleaded not guilty to the second breach last September, but BBC News reports today (Jan. 16) that Vines has now pleaded guilty for writing to Maitlis’ mother twice in 2019.

The Newsnight presenter first “contacted the police about [Vine's] erratic behaviour” – for which he was convicted of harassment and jailed for – following the murder of broadcaster Jill Dando in 1999, according to the Guardian. Though Vines didn’t serve out his entire sentence, he remained on a restraining order after his release.

According to Vines, Maitlis’ “rejection of him triggered a series of mental health problems and sparked a need to find out why their relationship had cooled,” leading to the initial harassment.

In 2016, Vines was sentenced to three years “after bombarding [Maitlis] with letters and emails over a period of 25 years,” the Guardian writes. He breached the restraining order from inside prison, writing to her from HMP Bullingdon [...] and again while living in a bail hostel, BBC News reports. The government has previously apologised for said breach.

Now serving time at HMP Nottingham, Vines will face another sentence on Feb. 3. Whether or not he will be released remains to be seen, as Judge Stuart Rafferty said he needs to consider “the risk of him reoffending when he is in custody or when he is at large again.”

Whatever the outcome, Vines obsession has impacted Maitlis’ life for far too long. “This has literally been going on for 20 years. I feels like sort of a chronic illness,” she said to BBC Radio 5 Live’s Emma Barnett in 2018. “It’s not that I ever believe it will stop or he will stop, or the system will managed to prevent it properly.” She added:

“I just makes you jumpy — and that’s stressful and it’s tiring and it’s time-consuming. Your head is somewhere else and you’re having to think about things that are just ludicrous, like ‘how do you get in and out of your front door’ and ‘how are they getting back from school?’ It’s not that you think everyone is out to kill you. You recognise it as paranoia. But it doesn’t make it any easier."