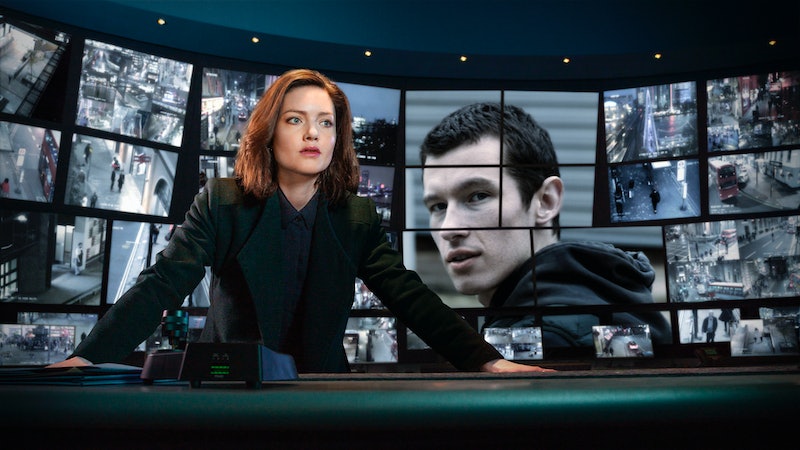 From Killing Eve and The Victim to MotherFatherSon and Luther, the BBC has served up some pretty gripping dramas of late. There is nothing quite like getting hooked on a new series when you have no idea where the story is going to go next. If the return of Villanelle isn’t enough for you then this new BBC drama should give you your thriller fix. BBC One’s The Capture tells the story of a soldier on trial and a case so complicated you will be sucked in from episode one. With an all-star cast playing characters that are less than trustworthy, The Capture has been eagerly anticipated by fans since BBC One announced it would be airing in 2018. Set for release later in 2019, here is everything we know about the series so far.

There isn’t any one formula to create the perfect thriller, but a good writer is pretty essential, it helps if the plot line has lots of twists and turns, and a cast of A-list actors goes a long way. And it looks like BBC One’s The Capture has all three. Written by BAFTA-award-winning filmmaker Ben Chanan and produced by David Heyman, Rosie Alison, and Tom Winchester, to say that some pretty epic names in film and TV are behind The Capture would be an understatement. The six-part series will tell the story of soldier Shaun Emery as a murder case against him re-opens and DI Rachel Carey is brought in to desifer the truth from lies.

Star of War and Peace and Fantastic Beasts: The Crimes of Grindelwald, Callum Turner takes on the role of Emery, who is trying to move on with his life after a conviction for murder in Afghanistan is overturned. However, when some incriminating CCTV footage appears of him, he finds himself fighting for freedom once again.

Holliday Granger (star of Strike and Patrick Melrose) plays DI Rachel Carey who is tasked with establishing if Emery is innocent and whether he can be trusted at all. The series looks at the role of video evidence in criminal trials and will have you questioning what you see.

Speaking about his part in the series, Turner told the BBC: “The Capture is one of the best things I’ve ever read and I jumped at the chance to join this wonderful team of people. Shaun Emery is an antihero. He’s funny yet wounded, complex, visceral and dangerous. The epic journey he goes on was one I wanted to travel.”

Thriller fans should be excited about The Capture, and Granger definitely shares that feeling. Speaking about her part as DI Rachel Carey, she told the BBC: "I am thrilled to be joining the complex and intriguing world of The Capture. Ben Chanan's scripts are totally absorbing. I'm excited to explore the mind of DI Rachel Carey."

If you are a conspiracy drama fan then The Capture will be a series to watch out for. The BBC has confirmed that each episode will be an hour and the story will be told over six episodes. More than enough to sink your teeth into. With an edge-of-your-seat storyline and great actors, all that's needed now is a release date. Watch this space.