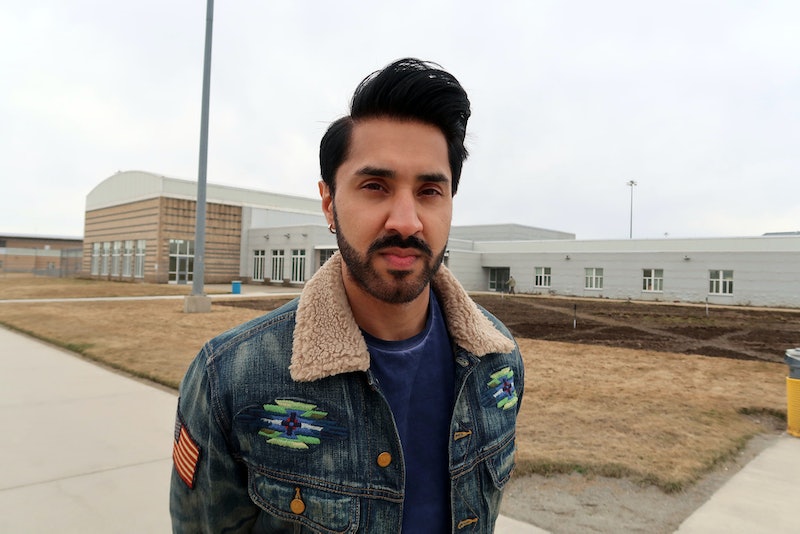 Set to air on BBC Two later this month (Aug. 2019), A Black and White Killing: The Case That Shook America will follow filmmaker and journalist Mobeen Azhar as he travels to Portland, Oregan, to cover the trial of Russel Courtier, who stands accused of killing Larnell Bruce, a young black man, with his car in 2016.

As the Washington Post reports, before Bruce's death a fight broke out between the men outside a convenience store before Courtier "allegedly got into his vehicle, chased Bruce across oncoming traffic and struck and killed him." Bruce was 19 when he died.

As the Independent reports, "in March, a jury found Courtier, 40, guilty of hit-and-run driving, murder and the hate crime of second-degree imitation." The newspaper states that prosecutors "argued Courtier was motivated by white supremacist beliefs, as he was an 'unapologetic' member of the European Kindred white supremacist prison gang and was wearing a baseball cap bearing the gang's logo when he met Mr Bruce. Courtier also had a tattoo of the logo on his leg."

As HuffPost reports, Courtier received a life sentence "without the possibility of parole for 28 years."

As well as covering the trial, Azhar's journey to Portland will also see the journalist "find out what effect Bruce's death had on the USA's collective conscience and whether anything has changed," according to iNews.

"The death of Larnell Bruce was tragic. The scars of racial injustice still run deep across America and his story gives us an opportunity to ask some uncomfortable and important questions about race relations in the U.S.," Azhar said, via Digital Spy. "I saw first-hand how polarised the discussion of race has become. And spending time behind bars with white supremacist gang members showed me how the prison system could be contributing to a more racially segregated society."

"I hope this series can shed more light into a dark world of white supremacists and other forces that are at play in driving people in America apart today."

In A Black And White Killing, Azhar meets with neo-Nazis as well as members of the group that Courtier was a part of. He also discovers that, while the crime took place three years ago, it's clear that "white supremacist groups are still thriving," as iNews writes. The filmmaker also spoke with "witnesses and friends and family of both Courtier and Bruce to find out the answer to the ultimate question: was Bruce killed because he was black?" As iNews mentions, Courtier's charge is "thought to be the state's first hate crime murder conviction in three decades."

According to Digital Spy, Executive Producer of Expectation Factual Productions at the BBC has said: "A Black and White Killing: The Case That Shook America started as an investigation into the killing of one young man but became a journey into something much darker and more sinister."

"Following Mobeen into the heart of America's violent white supremacist gangs is a troubling, frightening experience but few people could handle it with such fearlessness and journalistic rigour."

More like this
Where Is Oscar Torres In 'Only Murders In The Building' Season 2?
By El Hunt
Yinka Bokinni Recalls Terrifying Truth At Heart Of 'How To Hire A Hitman'
By Frances Stewart
'Sherwood’s Filming Locations Hold Deeper Meaning
By Rachel Mantock
The 'Love Island' Contestants *Do* Know Who Gemma's Dad Is, After All
By Bustle UK
Get The Very Best Of Bustle/UK