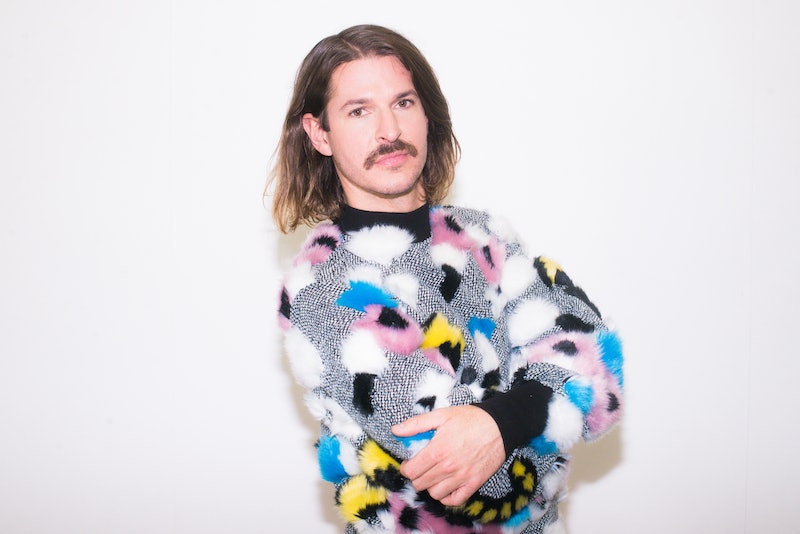 With the news that RuPaul's Drag Race will be sashaying its way over to the UK, it looks as if drag's pop culture takeover is showing no signs of slowing down. Adding to the excitement is the BBC's brand new drag-centric podcast, which is due to start in the new year. The fresh podcast will be titled Radio 1’s Drag Queen’s Den — and it's going to absolutely slay.

The podcast series is set to begin airing on BBC Radio 1 on Monday 7 January 2019, and will see host Glyn Fussell lift the wig on all things drag in the UK. Fussell, who is well known as the founder of Sink The Pink — one of the biggest LGBTQ nightlife events in the world — will indulge in an extravaganza of gossip, as well as provide an intimate "kiki" about the biggest topics of the week. The show will touch upon all aspects of UK drag culture, including everything from the North-South drag divide, political drag queens, and the history of drag culture in Britain. The BBC also promise that listeners of Drag Queen’s Den will find out exactly what UK drag culture is, and what makes it so special.

"I have always been the biggest Radio 1 superfan and I am just so over the moon to bring my voice for the UK drag family onto the airwaves. It's an exciting time in the word when LGBTQ+ is acknowledged and celebrated on mainstream radio! All hail the queens,"

Each episode the host be joined by two guests, many of whom just happen to be some of the biggest names in show business. Throughout the podcast series, listeners can look forward to a stellar line-up of guests including Sam Smith, Jade Thirlwall, Olly Alexander, Beth Ditto, Melanie C, Nick Grimshaw, Greg James, Clara Amfo, Maya Jama, Dev, Chris Stark, Jordan North, and many more. Kicking off the new podcast are the fabulous Michelle Visage and Jacqui Potato, who will answer listener questions in the amazingly titled "Dragony Aunts," catch-up with the first "Drag Addict," Jade Thirlwall, as well as reveal the secrets behind creating the perfect drag name.

This year Podcast listening reached a record high, and in October there were a whopping 29 million downloads of BBC podcasts in the UK. When discussing the exciting new content on offer, Bob Sherman, Director of BBC Music and Radio said "BBC Sounds lets us bring seasonal cheer to everyone in a new way through an unparalleled mix of world class on demand audio — from podcasts which tell us something about the world to music that moves us. Since launch there have been over 5 million weekly plays with people listening to more than 2 million hours. For the first time this Christmas and New Year listeners can indulge in box set specials as well as festive podcasts and music mixes on BBC Sounds."

As previously reported, the fabulous Michelle Visage will be appearing as a guest on the upcoming Drag Queen’s Den podcast. In addition to this exciting project, Visage also revealed that she will indeed be a part of RuPaul's Drag Race UK. The British edition of the groundbreaking series will be premiering in 2019, so it's starting to look like next year will certainly be a fierce one. And I cannot wait.