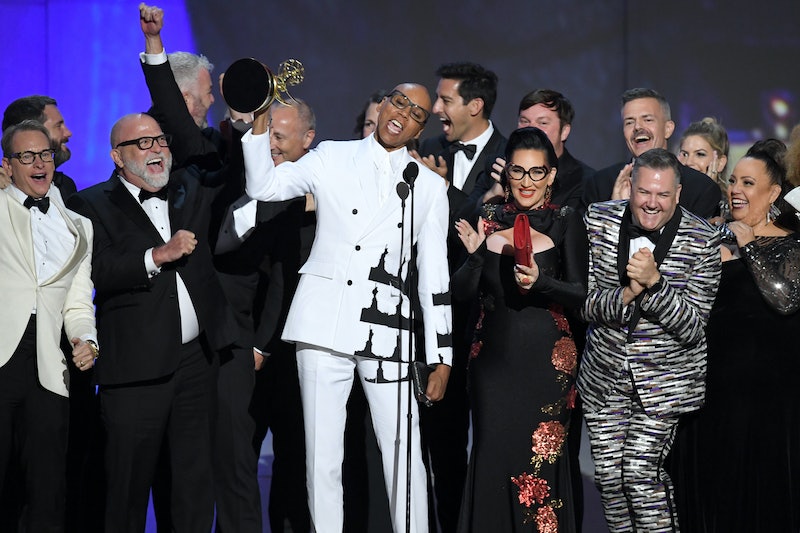 The news that RuPaul's Drag Race would be heading across the pond for its very own UK version has left fans shook. Longtime judge on the U.S. edition of the show, Michelle Visage, couldn't contain her excitement at the announcement on social media. And shortly after the major news broke, viewers began to wonder who exactly will be appearing in the upcoming series. So will Michelle Visage be on RuPaul's Drag Race UK?

Well, according to the Drag Race star's Twitter account, she will indeed be appearing as a judge on the UK version, presumably in the same role she currently occupies on the U.S. series. Posting on her Twitter account, the 50 year-old said "guys. yes. of COURSE I am a judge. I am THE judge." The revelation came after much speculation by diehard fans, many of whom were wondering if their favourite American Drag Race stars would also appearing on the UK show.

In addition to the fabulous Visage, mother Ru herself is also thought to be joining the cast of Drag Race UK. Whilst venting her excitement on social media, Visage appeared to confirm RuPaul's involvement in the UK edition. After a fan asked the Ireland's Got Talent judge if Ru would be part of the new series, she responded "Of course @RuPaul will be here." And according to the Express, RuPaul will be appearing on the UK version of the groundbreaking series as the head judge.

The new series will air on BBC Three, and although no exact launch date has been announced as of yet, fans can expect the show to begin airing sometime in 2019. Creator and host of the worldwide phenomenon, RuPaul, spoke of his excitement surrounding the new series. He said: "It is a dream come true to extend our royal family to the United Kingdom with our partners at BBC Three. I am beyond excited to celebrate the massive charisma, uniqueness, nerve and talent of the Queen’s queens," and added "And before anyone asks, yes, we would be thrilled to have Meghan Markle join us, as we are already preparing a 'Royal-Mother-To-Be' runway challenge."

As reported by the Express, the first season of RuPaul's Drag Race UK will consist of eight episodes — a much shorter run than the current U.S. series. Despite this slight difference, the overall format is thought to mirror that of the original American version. Beloved segments of each episode such as the Maxi Challenge, the runway, and of course the legendary Lip Sync battles are all expected to be included (phew).

Drag Race fans across the globe have been sharing their thoughts across social media about the exciting announcement, and there have been some pretty strong opinions on the matter.

As well as being a total expert in her field, Visage's personal love of all things British makes her presence on the new series all the more special. Previously, the Drag Race judge has expressed her love of British culture, and the UK as a whole. According to iNews, When speaking about her experiences visiting the UK, she revealed "There’s a sense of peace and serenity that I get here that I don’t get in the United States. In other countries I feel like a fish out of water and I don’t in the UK."

Visage's love is most definitely reciprocated by her adoring UK fans, and we cannot wait to see her slay on the new series next year. Bring on 2019.