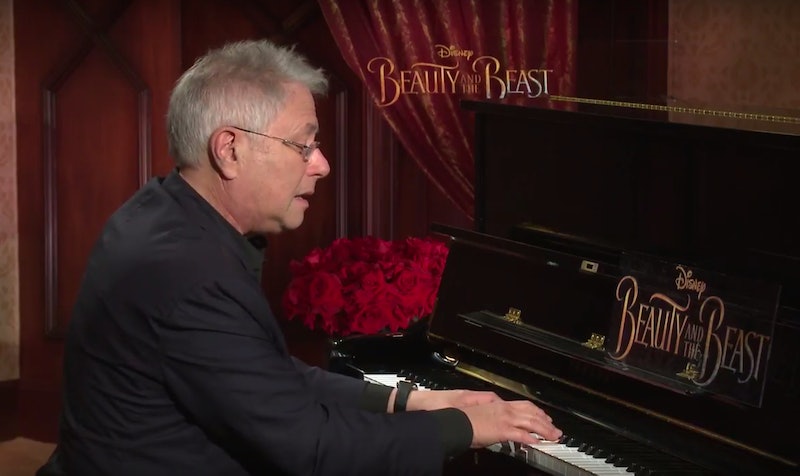 There’s one man you can thank for scoring a big chunk of your childhood. His name is Alan Menken, and he composed the music of many of the world’s favorite Disney films, like Aladdin, Pocahontas, Hercules, The Little Mermaid, and Beauty and the Beast — twice. After scoring the 1991 classic, Menken was asked back to compose new music for the 2017 live-action iteration starring Emma Watson and Dan Stevens. Though it may seem like an impossible task — How does one incorporate known, beloved tracks with brand new songs? — the seasoned vet was up for the challenge. And I’m happy to report these new songs incorporate seamlessly into the 2017 version, in theaters March 17.

I had the pleasure of sitting down with the composer during the Los Angeles junket for the film, but this wasn’t an average interview. Stationed in front of a piano, Menken delighted me with renditions of his favorite songs. I asked if he could play me five of his all time favorite self-composed tracks, but he did so much more than that. While most were Disney classics, he also included a track from The Rocky Horror Picture Show, for one.

It's safe to say that even 25 years later, Menken hasn't lost his touch.