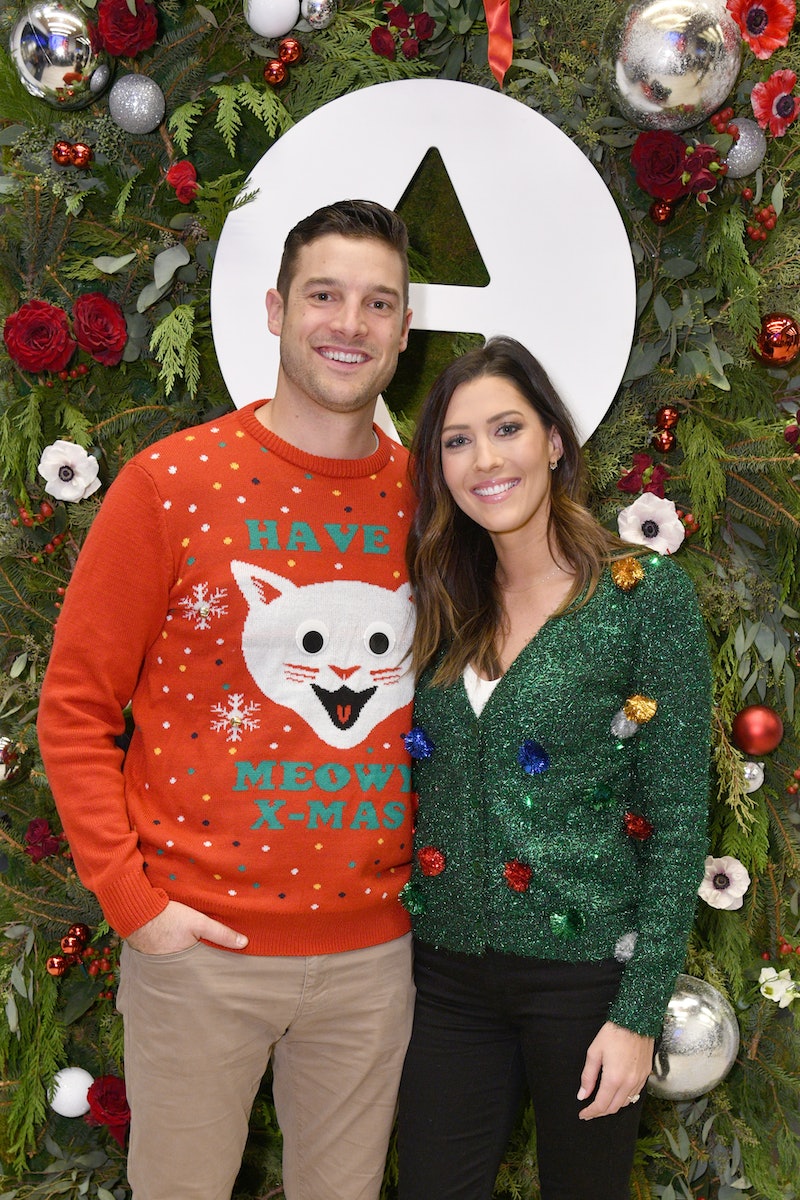 After watching them fall in love and get engaged on The Bachelorette, fans have been waiting to find out when Becca Kufrin and Garrett Yrigoyen will tie the knot. But according to the couple themselves, it sounds like that's still a long way down the road. In a new interview with People, Becca and Garrett said they're house hunting in San Diego, but that doesn't mean a wedding is in the pipeline — at least, not yet.

It's been more than four months since Becca's Bachelorette finale aired, and despite what fans might think about her final pick, she and Garrett seem to be going strong. They told the magazine that they plan to spend the holidays looking for a place to live, because they're tired of "living out of a suitcase."

“We are actually looking to sign a lease just north of San Diego come January," Becca said when she talked to People at a Sleep Number event on Friday. "Right now, since the finale, he spent a month in Minnesota, I spent a month out in Reno — where he’s from — and then in California, where his family is. So we’ve just been back and forth each month."

Traveling back and forth sounds exhausting, so it makes sense that Becca and Garrett would want to find a place where they can settle down. But living together in a home of their own doesn't mean they're any closer to getting married — after all, they met less than a year ago, so they're still trying to get to know each other before taking that big step. In fact, Becca said that their wedding day is "very far in the future."

“We have some ideas of things that we would want, but nothing — no dates, no venues or anything yet," she said. "We’ll give it some time. One thing at a time."

In the meantime, they said they've been spending a lot of time with each other's families, and so far, it seems like everyone's getting along well. Becca said:

“It’s been great to bond with each other’s families! When I first met his family on hometowns, they reminded me a lot of my mom’s side of the family. So when I actually met them again and was able to spend the weekend with them and go out to dinner and do normal family time, they were so fun, so warm and welcoming. I think that his family, we’ve just gotten super close with because of how great they are. It’s been good to be with them.”

Good for Becca and Garrett for taking their time and getting to know each other and their families before becoming legally bound to each other. Marriage is a huge step — even bigger than getting engaged on national television — so it's important that they take all the time they need before walking down the aisle. And in the meantime, it seems like they're really enjoying their time together. When they do get married, it'll be worth it, but for now, fans will just have to settle for updates on their new home.