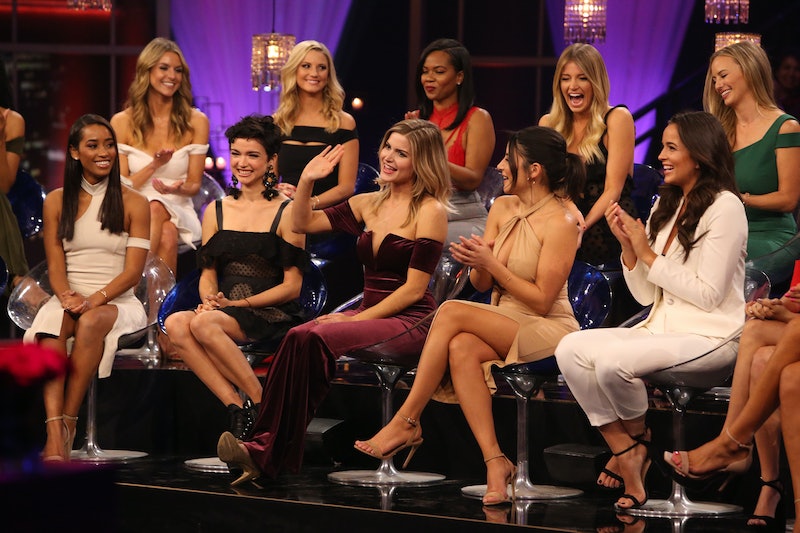 Arie Luyendyk, Jr. has chosen his bride, and so that means that Becca is the 2018 Bachelorette! It seemed like a pretty obvious choice, given that Becca was unceremoniously jilted just before the announcement was made.

On the finale of Arie's season of The Bachelor, Arie told Becca, "I choose you today, but I choose you every day from here on out. I love you so much. Becca, will you marry me?" She, of course, said yes, and they cried and laughed and hugged. It was beautiful, actually. Becca seemed really happy, and Arie seemed his usual dead-behind-the-eyes. But a few months later, Arie was all, "Actually, I love Lauren instead." Actually, he said, “The reality of it is that … being with you, although it’s been everything that I wanted, I still think about [Lauren]. And I think you sense that. And I think for me, the more I hung out with you, the more I felt like I was losing the possibility of maybe reconciling things with Lauren..." Um, being engaged isn't "hanging out." It's being with the woman you asked to marry you.

Needless to say, Becca was devastated. But now, a new door is opening for her — Becca is getting a second chance at finding love on national television, because she's agreed to take over the role as the next Bachelorette. That's one way to make lemonade out of some really sour, humiliating, but still kind of boring lemons. Becca is smart, funny, beautiful, and kind, and many a man will be lining up to catch her eye for next season — heck, her ex-boyfriend, Ross, crashed Arie's season to get her back already. What more could we want than a season that's just Becca?

"I have so much love to give," Becca told Chris Harrison, and I'm sure she's right. Frankly, Chris Harrison is lucky that Becca is even allowing ABC to film her after they did her dirty the first time around. Of her new position, Becca said, "I have some big shoes to fill, that's for sure. I want to be the best damn Bachelorette I can be. I want to find love, I want to meet so many amazing guys. I'm ready to do this." Does she believe in love at first sight? "I'm open to all possibilities, so it might happen. We'll see! We'll find out," Becca said. "Let's do the damn thing!"

The public loves Becca, and they're really into this idea, but so are Becca's Bachelorette best friends. "I think that you stayed true to yourself the entire time. I got to know you better toward the end of the experience, and you are the sweetest. You got this, girl," said Seinne. "You care about everyone around you and put other people before yourself, and now you get to be the center of attention, and you deserve this," cried Tia. These glowing words speak to Becca's character — these women love her, which means that America will, too. Oh, and her suitors.

And speaking of suitors, to add a little bit of fun, Chris Harrison introduced Becca to a few of the men who will be on her season, surprising both Becca and the rest of the country. Hasn't Becca earned the right for 80 percent fewer surprises from The Bachelor until her season starts? But no, Becca is our newest Bachelorette, and she's diving into the role with open arms. For Becca, it's time to move on, and she has an amazing way to do it. We'll see what happens on her season of The Bachelorette come May 28.