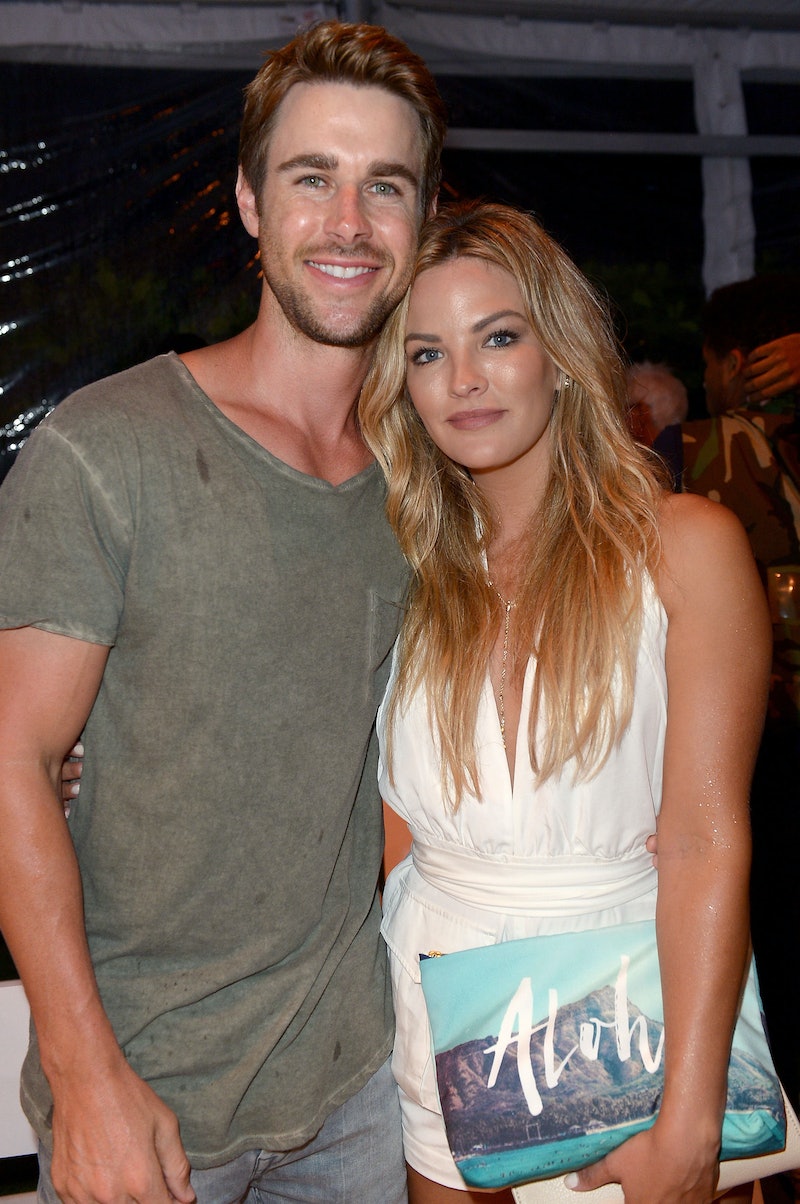 It looks like another Bachelor Nation couple has called it quits. According to Us Weekly, Becca Tilley and Robert Graham have broken up. At this time, no other further details about their alleged split have been revealed and neither of them have confirmed or denied the news. Bustle has reached out to Tilley's rep who has no comment at this time; Graham's rep could not be reached.

They first started dating last year and seemed to be pretty much head over heels for one another. They also weren't shy in sharing photos of one another on Instagram. If you take the time to scroll through both Tilley and Graham's accounts, you'll see just how much fun they've had over the past year. If their breakup is true, it's kind of a bummer, because they are super cute together.

Tilley opened up about their relationship to Us Weekly at the 2016 Jingle Ball and said, "It's fun. We've been friends for a long time and it was just a natural progression, and he's just amazing and been patient with me." She added, "I need someone that's patient and willing to deal with me, and he's been that way. So it's been fun, it's been an easy transition."

On Monday, People confirmed that Ben Higgins and Lauren Bushnell broke up. Now Tilley and Graham? As time goes on, it sure doesn't seem like any Bachelor Nation couple can make it work.