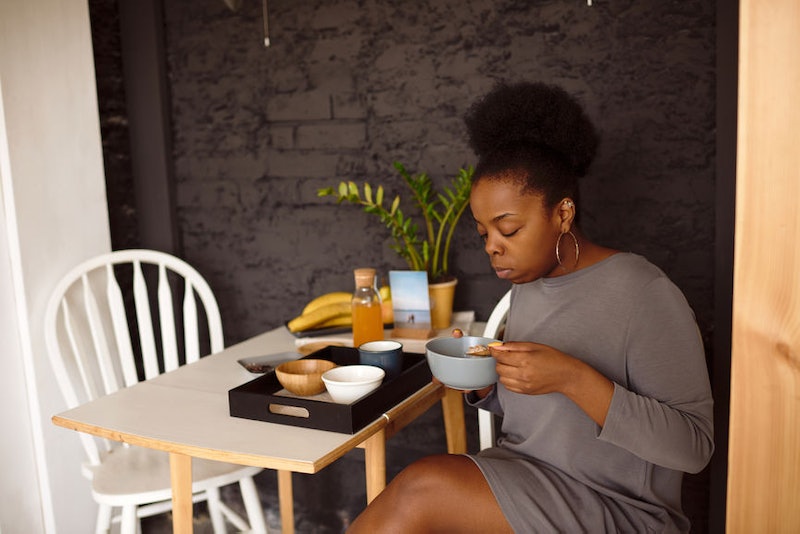 Just when you think you’ve wrapped your head around all the different diets, and which ones are best for planet and your body, another study comes out and shakes things up. New research by Johns Hopkins University (JHU) in Baltimore has found that flexitarian diets could be better for the environment than vegetarian diets, and swapping out meat might not be as beneficial for the planet as you think, as the Telegraph reports.

A flexitarian diet is a semi-vegetarian dietary intake that occasionally works meat into it. And the new report shows that this way of eating could be more helpful for the environment. This "two thirds" vegan diet which consists of cutting out dairy, upping fruits and vegetables, and eating meat only once a day for protein, is more sustainable than a vegetarian diet where levels of dairy are increased or maintained.

Dr Keeve Nachman, one of the people who worked on the study told the Telegraph, “our study found that in the UK, switching to a vegetarian diet that includes eggs and dairy is actually less helpful for reducing greenhouse gas emissions than a diet that includes meat, dairy and eggs for one of three meals, and is exclusively plant-based for the other two meals."

The study looked at diets over 140 different countries and saw that those who were vegetarian but were substituting meat for dairy products like cheese and yoghurts, were only creating a small amount less of their carbon footprint. According to the Telegraph, “Here in the UK, the average healthy two-thirds vegan diet contributes the equivalent of 762.7 kg of Carbon Dioxide emissions (CO2e) per person, compared with 1,265.2 kg for a vegetarian diet that includes dairy.”

After a onslaught of eye-opening, and at times terrifying, documentaries encouraging a plant-based lifestyle like Cowspiracy and What The Health, alongside a rise in the general level of environmental consciousness, more people now know the effects meat and dairy have on the planet. This is reflected in the number of vegans in the UK, which has skyrocketed in recent years. According to The Vegan Society, “the number of vegans in Great Britain quadrupled between 2014 and 2018"

Dairy products for instance, still require a lot of cows to create them, which means lots of energy, water, and land used and in turn greenhouse gasses produced. Environmentally speaking, consuming dairy isn’t much better than consuming meat. A report in the Lancet which looked into nutrition, feeding the planet, and environmental sustainability stated: “Food production is a prime source of methane, and nitrous oxide, which have 56 times and 280 times the global warming potential (over 20 years) of carbon dioxide, respectively. Methane is produced during digestion in ruminant livestock.”

If climate change is really going to be addressed, the planet cannot continue to sustain the amount of meat and dairy currently consumed, especially in the West. Learning how to eat in moderation is key to sustaining the planet. Really, a diet that is free from both dairy and meat still seems like it is the best solution for those concerned with how the food they consume may be affecting the planet. But you have to start somewhere and becoming flexitarian could be the best route in.