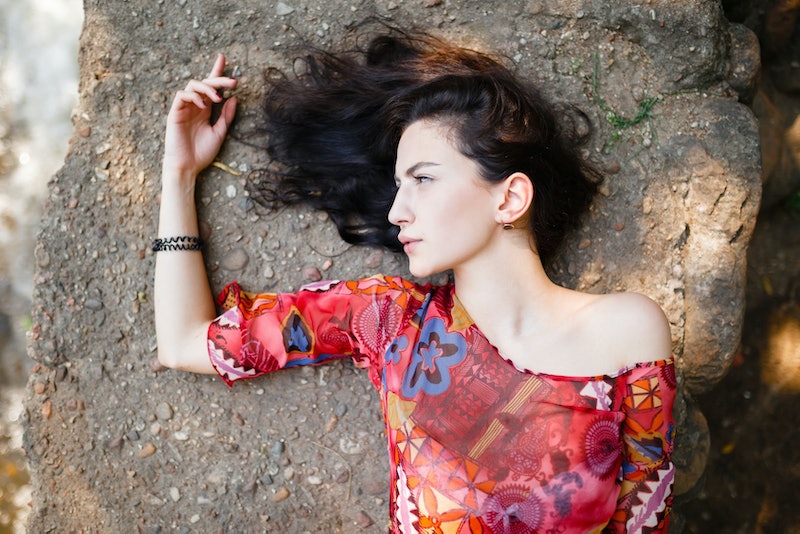 You probably know when you're hella dehydrated and it's time to reach for the water. However, you might not be aware that being even mildly dehydrated can affect your mental performance. What's more, if you're not sure how to tell if you're mildly dehydrated, the signs can be more subtle and tend to manifest as moodiness and brain fog. In other words, you might just think you're tired when you really just need a glass (or five) of water.

A study published in the journal Medicine & Science in Sports & Exercise found that mild dehydration can impair cognitive performance, particularly when completing tasks involving attention, executive function, and motor coordination. "We find that when people are mildly dehydrated they really don't do as well on tasks that require complex processing or on tasks that require a lot of their attention," Mindy Millard-Stafford, one of the study's authors and director of the Exercise Physiology Laboratory at Georgia Institute of Technology, told NPR Morning Edition.

Another study published in the journal Physiology & Behavior found that being even 1 percent dehydrated can cause "deficits in visual and working memory and executive function in healthy young women." The good news is that the adverse effects of mild dehydration can be reversed by drinking water to replenish your fluids. "I absolutely think there could be big implications of having a mild cognitive deficiency with small amounts of dehydration," Doug Casa, professor of kinesiology at the University of Connecticut, and CEO of the Korey Stringer Institute, told NPR.

Symptoms of mild dehydration include feeling dizzy, lightheaded or tired, dry mouth, and having urine that is more yellow than is normal for you, according to the website eMedicineHealth. Another study published in the Journal of Nutrition found that mild dehydration can also lead to increased moodiness. "Hypothalamic neurons detect dehydration and may signal higher-order cortical brain regions regulating mood when initial physiological indicators of dehydration appear, resulting in adverse mood and symptoms," the study reported.

If you're not sure why you're getting a case of the mid-morning crankies, feeling better might be as simple as drinking water. "The critical point here is that if you want to maintain your mood at optimal levels, you need to maintain your hydration," Harris Lieberman, a research psychologist at the U.S. Army Research Institute of Environmental Medicine who led the new study, told Live Science. "These levels of dehydration are not extreme, and could occur in normal life."

So, just how much water should you be drinking? According to the Mayo Clinic, National Academies of Sciences, Engineering, and Medicine recommends 11.5 cups a day for women (15.5 cups for men), which is a few cups more than you've likely been told your entire life (almost twice as much for men).

What's more, you need to factor in things like whether you're at rest or exercising, the temperature outside, and your overall health. If you've lost more fluids than normal due to an illness, you're sweating a lot, or there's a heatwave, you need to drink more water. You get about 20-percent of your daily water intake from consuming food and other drinks. During the summer, it's a good idea to opt for some foods that are mostly made up of water to make sure you stay hydrated.

I carry a water bottle with me everywhere because I have a hard time drinking enough water. If you're in a long day of meetings, toting water around with you is a good idea to ensure you don't get sleepy and cranky. Because, when you're mildly dehydrated, the solution to feeling better fast is a simple one. Just add water. #TheMoreYouKnow