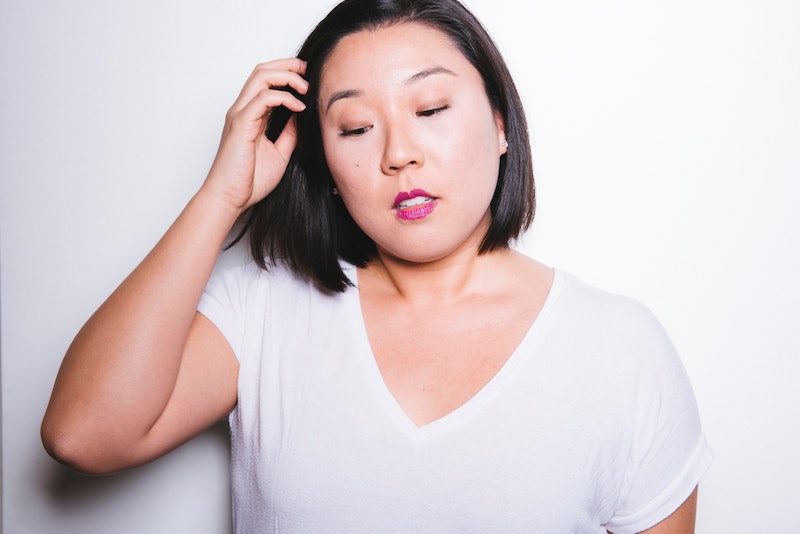 It can be tough to figure out if somebody you don't know is trustworthy. "Reading" how they'll respond to your faith is pretty tricky, and until now we haven't had a good measure to indicate that somebody will or won't let you down. However, a new study published in the Journal of Personality and Social Psychology has come up with the first ever personality trait that seems to indicate clearly that somebody's trustworthy: being prone to guilt, the study says, makes you seem more trustworthy. If you're the sort of person who gets an attack of guilt regularly over not calling your mom back or fudging an answer on a test, the study says, other people will decide you're worthy of their trust.

The technical term for feeling guilt frequently is "guilt-proneness". It's been recognized by psychologists as a personality trait for some time, and it affects how you interact with others. A study in 2015, for instance, found that people who are guilt-prone tend to be extremely good at picking up subtle emotional signs from others, probably because they're monitoring to make sure they haven't done something wrong. But the most distinct thing about guilt-proneness for psychologists is that it makes us do the right thing. If you experience guilt, a negative feeling, when you even think about doing something wrong, you're much less likely to do it in the first place.

So why does this translate to being trustworthy? Being guilt-prone, the scientists explain in the study, "is a facet of personality that directly relates to one’s sense of interpersonal responsibility". In other words, people who feel guilty a lot of the time tend to do it because they feel a responsibility to treat others properly and follow the rules.

Obviously, guilt is not pleasant; the stab of it in your gut is pretty horrendous, whether or not you've actually done anything to feel guilty about. If you feel guilt-prone, you act properly and kindly towards others because the feeling you'd get otherwise is painful. This, the scientists explain in the study, is why being guilt-prone makes people more moral. For most of us, guilt happens after we've done something wrong, causing us to try and make amends. For people who are guilt-prone, "the anticipation of guilt over wrongdoing causes [them] to avoid transgressing in the first place."

The scientists discovered for the first time, over six different personality experiments on 401 subjects, that people who were prone to guilt were reliably also more trustworthy than other people. Why? They felt more "interpersonal responsibility". Given the opportunity to betray somebody or take something from them, they felt that they were required to treat others fairly, and avoided doing anything they perceived as "wrong".

Most people rate the trustworthiness of others based on their generosity, their sympathy or other cooperative traits, Psychology Today wrote about these findings. This is the first time guilt has come into the equation. And it's a powerful new explanation of guilt's social function. Not only does it stop us from doing the wrong thing and motivate us to make amends when we do, it makes others view us more positively.

So if you feel guilt so much that you can barely jaywalk without panicking, don't worry. It's a trait that makes other people gravitate towards you with their issues and secrets, because they know instinctively you'll do the right thing.