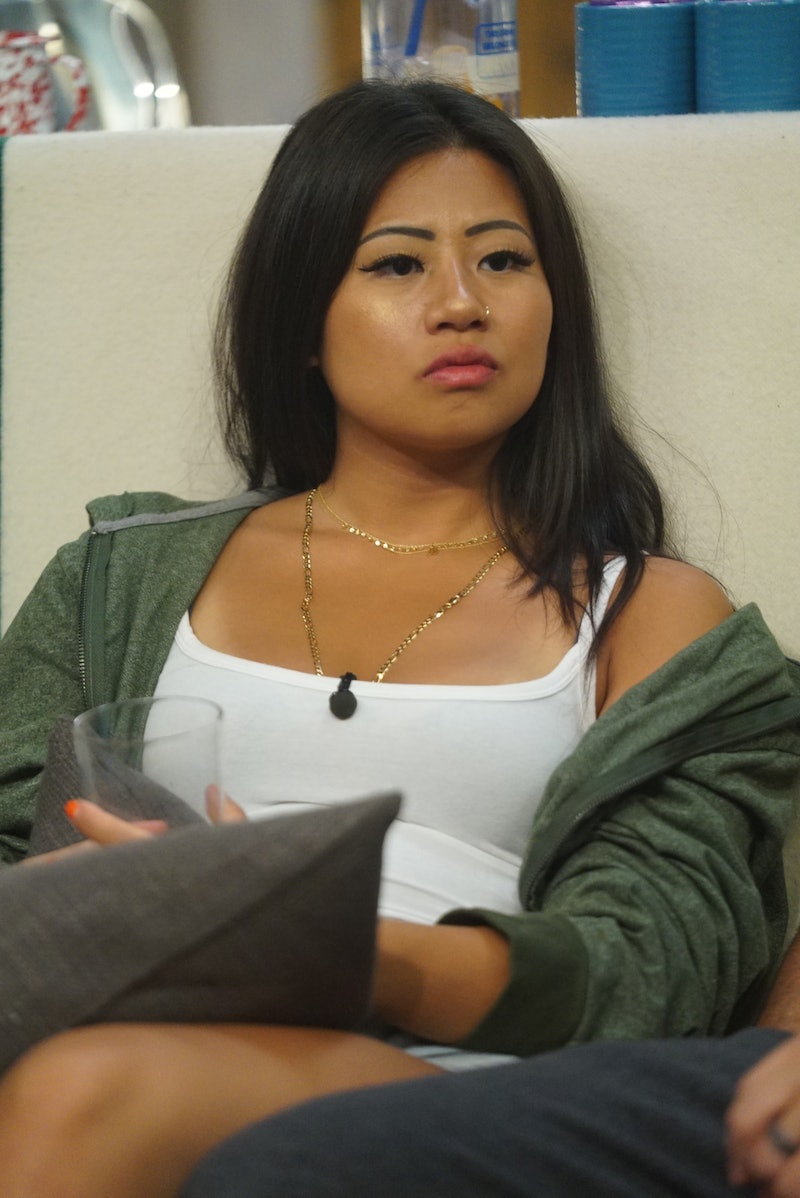 Big Brother is a game of secrets, but it's not totally clear if Bella knows that. It's only been a couple of weeks in the house, and she's already blowing up her own game. Bella keeps talking about her Big Brother 21 alliances with other houseguests who are not in those alliances, which is kind of against Big Brother 101.

Shortly after Jack won HoH, Bella spilled the beans about her all-female alliance called Black Widows. That information gave him the perfect excuse to nominate Kemi and Bella. (He was already planning to put them up, Bella just gave him an extra reason.) During the July 10 episode, Bella tried to smooth things over with fellow Black Widow Nicole by claiming she told Jack about the alliance so that he wouldn't put either of them on the chopping block. Fortunately Nicole saw right through that, and worried that all Bella did was make her game worse — now Jack could potentially put Nicole up as a replacement nominee if one of the other Black Widows members get the Veto.

Black Widows isn't Bella's only alliance, however, and it isn't the only one she's exposed either. She's also in Gr8ful, which she talked about on the feeds to non-alliance member Sam. She tried to assure him that he was the "ninth" member of the alliance of eight. But Sam, too, saw through that, and asked why he wasn't just officially in the alliance then.

Nicole was upset with Bella for ratting out Black Widows, and Sam was upset that he wasn't in Gr8ful. Just wait until Gr8ful finds out that Bella revealed their secret. She was already someone who some Gr8ful members had suggested voting out of the alliance first. If she keeps running her mouth, she may go home well before the game gets down to eight players. There's a time and a place to reveal information, and these times weren't it.

The only good thing is that Bella seems to at least understand the problem with what she's doing. On the July 10 episode she said in the Diary Room, "I want to be in an alliance with everyone, but I can't really keep my mouth shut. Everyone ends up finding out about each other. It's really not good for my game." No, Bella, it's really not. Also, being in an alliance with everyone isn't that good of an idea either. Maybe being friendly with everyone, sure. But you need to have at least one core alliance that you are loyal to, or you'll have a lot of alliances but no one who really trusts you. Bella broke Nicole, Kemi, and Jess' trust by revealing Black Widows (totally unprompted, by the way). She hurt Sam when she revealed that she was in an alliance without him. And she betrayed Gr8ful by outing them to Sam. Yikes.

Hopefully Bella can be more careful about who she shares information with and when. This can be a long game, but by telling all her alliance secrets, Bella is likely only shortening her stay.