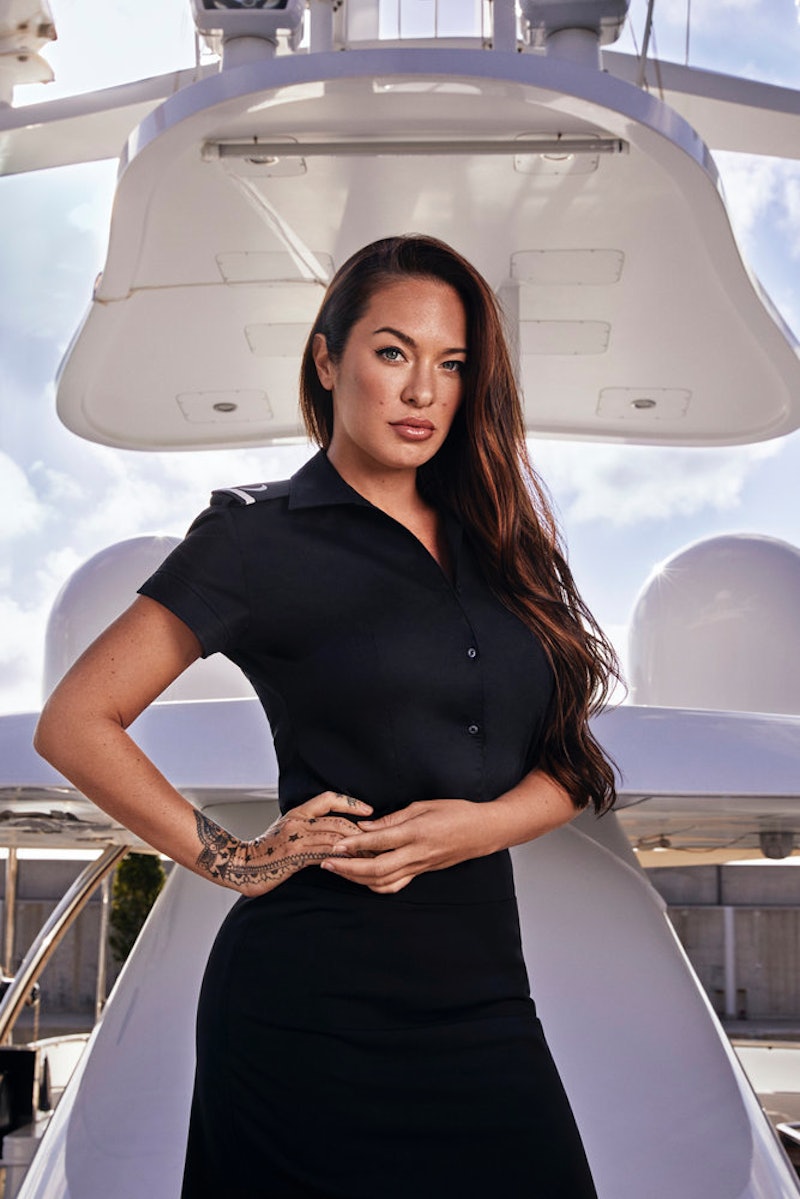 Get your yacht shoes ready; one reality show is about to hit the seas again. Below Deck: Mediterranean star Jessica More is joining the Bravo show's cast, and there's lots to know about the crew's newest member. Below Deck, which profiles the young people who work on board private yachts, is set to return for its fifth season on June 1. Familiar faces will return for the new episodes, including Captain Sandy, as well as longtime chief stew Hannah Ferrier and deckhand Malia White. Several new "yachties" will join the crew as well, including stew Jessica More, and deckhands Robert Westergaard, Pete Hunziker, and Alex Radcliffe.

So, who is Jessica More? The Below Deck: Mediterranean star has a lifelong appreciation for the ocean and a unique résumé.

Jessica grew up in California and Florida, and spent her youth surfing at the beach, which spurred her love for the ocean, as per BravoTV. She is known for her "laidback demeanor" and can "handle a great deal of drama — until she feels disrespected." She approaches each charter with an open mind, but, "has no problem dealing with confrontation if necessary." She's also hoping to "find romance on board" this season, so fans can look forward to seeing which fellow crew-member this stew clicks with.

What Jobs Did Jessica Have Before Below Deck?

Before appearing on Below Deck: Mediterranean, Jessica had a variety of jobs — including "slinging drinks at a Las Vegas strip club, working in the music industry in Los Angeles, and even dabbling into real estate," as reported by BravoTV. She reports being great at all of these positions. When life on land got too overwhelming, she took to the sea, and sold all her belongings to work on her first chartered yacht. She has a strong ability to remain calm on the job due to "her first stewardess job with a skeleton crew of three."

Jessica regularly documents her life out at sea and at home in Los Angeles on Instagram. The reality star posts photos of herself scuba diving, surfing, and swimming on her social media account. In addition to photos from her sporty lifestyle, Jessica posts photos on the yachting job, which she calls her, "natural habitat."

Below Deck: Mediterranean premieres on June 1 on Bravo. Will Jessica steal the spotlight and find love during this season of the popular reality show? Fans will have to tune in to find out.

More like this
Everything To Know About 'The Real Housewives Ultimate Girls Trip' Season 4
By Jake Viswanath
Rachel Fuda Gave Birth Just Weeks Before 'RHONJ' Season 13
By Brad Witter
David Schwimmer & Gemma Collins Join 'Celeb Bake Off' & Twitter Can't Cope
By Sam Ramsden
Erika Jayne's Estranged Husband Tom Girardi Has Been Indicted On Fraud Charges
By Jake Viswanath
Get Even More From Bustle — Sign Up For The Newsletter
From hair trends to relationship advice, our daily newsletter has everything you need to sound like a person who’s on TikTok, even if you aren’t.