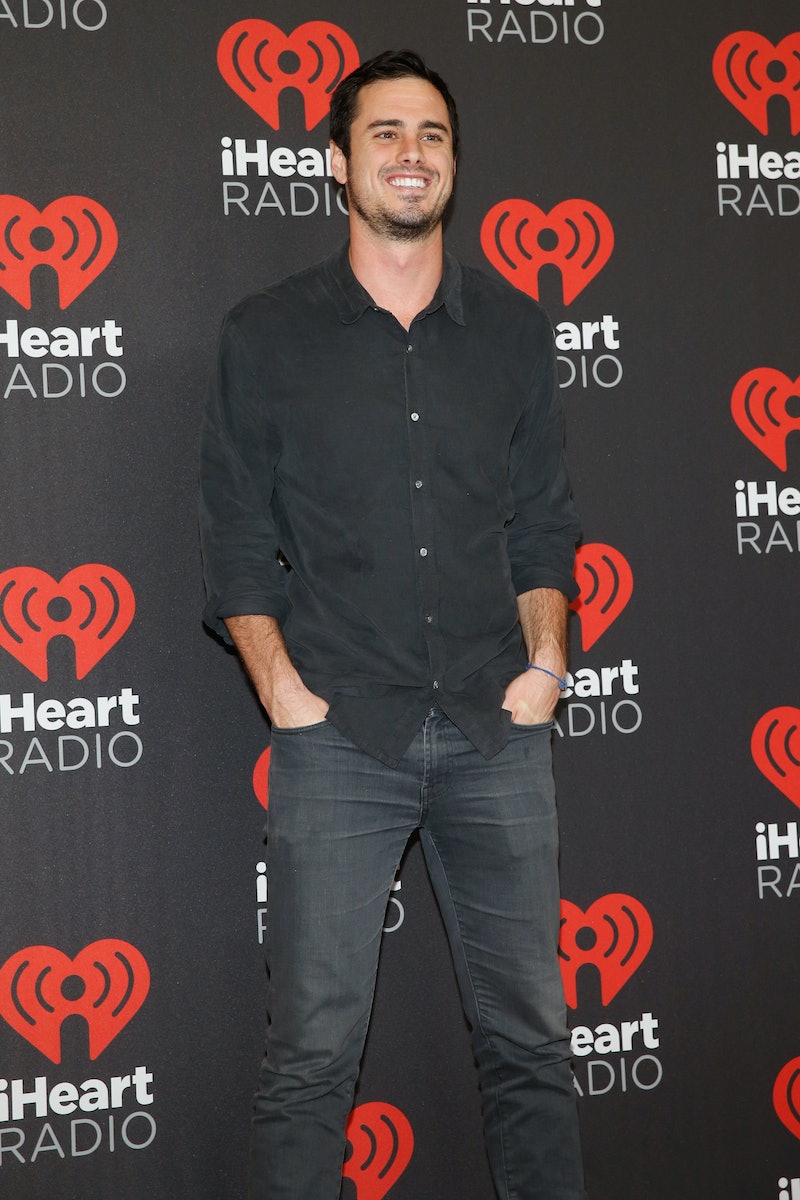 While there aren't necessarily wedding bells, there are showers of praise. Ben Higgins opened up about his girlfriend Jessica Clarke and it seems like the former Bachelor star may have finally met his match. After going through a super public engagement (and breakup), Ben is bouncing back and seemingly on the road to a happily ever after with someone he's wild about while learning a ton along the way.

While recently speaking with Us Weekly, Ben explained why he loves how optimistic his girlfriend is and how she pushes him to be more open-minded. "She’s just an incredible person. The most kind and empathetic spirit I’ve ever met. I’ve always said I like people, but she really likes people," Ben said. Even when he doubts those around him, it's Jessica who encourages him to give them the benefit of the doubt. "There’s moments when I don’t like people… when I will get down on somebody or down on a relationship or down on a friendship, she’ll be the one who always encourages me to be better, to do better, and to look at [things from a] different angle."

Ben recognized that their personality differences could lead to friction. But with these two, it seems it's their differences which allow them to learn from each other and grow.

"I need that. I think our biggest points of contention are typically when I’m down and out and bitter," Ben continued. "She’s the one pushing me to just be more about love and more about kindness… that’s what I’m most attracted to, ‘cause I know that listening to her will always make me a better man." While Jessica lives in Nashville, Ben admitted long distance "isn't ideal," but it's still something they're willing to work on. "I want to be around her more and we don’t get to be around each other a ton, so that’s not something I want to keep doing," Ben explained. "But I think there’s a good compromise, and that’s giving up more of my time to go see her. And I’m ready for that.”

Ben first introduced his lady to his fans on Instagram with a sweet post in February. "I’ve been selfishly keeping this girl to myself for too long! Hey friends meet @jessclarke_! I successfully slid into her Dm’s a few months ago," he revealed in the post. "I took a risk and I am glad I did. She is someone special, and I look forward to where life is going to take us. Stay tuned for the journey." The sentiment was reciprocated as Jessica posted two photos of the couple, writing, "My secret boyfriend, Ben! He has one of the biggest hearts and kindest spirits, I got to share Honduras with him this past week and I’m excited for many more adventures!" On Monday, Ben shared a photo of him hopped onto Jessica's back, with the caption, "New to this...But this is what cute couples do right?"

Ben was a contestant on Kaitlin Bristowe's Season 11 of The Bachelorette, then got engaged to Lauren Bushnell after leading Season 20 of The Bachelor. After parting ways with Lauren in May 2017, Ben first revealed he had his sights set on someone new in a January episode of his podcast Almost Famous. "I’ve started dating again. This is big news, right? I am dating," he said, as reported by Us Weekly. “She’s, like, the best, purest person I know." Hearts across Bachelor Nation may be breaking, but at least Ben is happy and becoming a better man by the day.