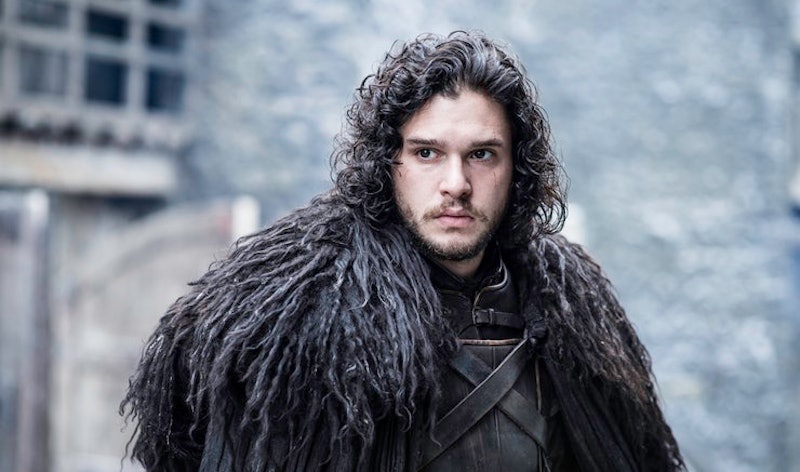 How do you escape an army of wights led by fearsome White Walkers when you're totally alone beyond the Wall? That was the question Jon Snow had to figure out the answer to in this episode of Game Of Thrones, when everyone he travelled with flew away on Daenerys Targaryen's dragons and left him to fend for himself. Luckily, a Deus Ex Machina appeared in the form of a character fans haven't seen for a very long time; Benjen Stark, otherwise known as as Coldhands, had a reunion with Jon Stark on Game of Thrones when he saved him from the White Walkers.

When Benjen Stark and Jon Snow last saw each other it was all the way back in Season 1, when Benjen visited his brother Ned at Winterfell to join in the feast for King Robert Baratheon and to recruit new soldiers to the Night's Watch. Snow went with him, but the two were quickly separated at Castle Black when Benjen went north of the Wall as part of his ranger duties. His horse returned to Castle Black later that season, but he didn't, and everyone pretty much assumed that something terrible had happened to him, because this is Game Of Thrones and that's how it works.

For a while that seemed like that was it for Benjen, although his name continued to come up as Jon Snow travelled beyond the wall. It wasn't until Season 6 that fans found out what happened to him when he revealed himself to Bran Stark and Meera Reed. Apparently he was stabbed in the gut with an ice sword by a White Walker and left to die, but a Children of the Forest saved him by plunging a dragonglass dagger into his chest, which is the same way they created the White Walkers in the first place.

Nowadays Benjen isn't a White Walker, but he's also not exactly the same kind of wight that the White Walkers control; even though he's ice cold and cannot travel beyond the Wall thanks to its undead-repelling magic, he still maintains his identity and wants to protect Westeros, even though he can't return there.

Luckily, Jon Snow doesn't have the same problem making it over the Wall, even though he's technically a wight, too — maybe because he was resurrected by fire and not ice? Otherwise, Benjen's last-minute rescue attempt would have been pretty awful. It already broke my heart that Jon and his uncle didn't get a chance to catch up, but it would be even worse if they were both stuck there together with nothing to do but catch up while their remaining family wonders where they went. Well, except Bran. He'd know. That's sort of his whole deal now.

So will this be the last time we see Benjen Stark? If he's not dead, I suspect that he'll find a way to appear on Game Of Thrones one last time to do something stupid and noble — but what that might end up being at this point is anyone's guess.