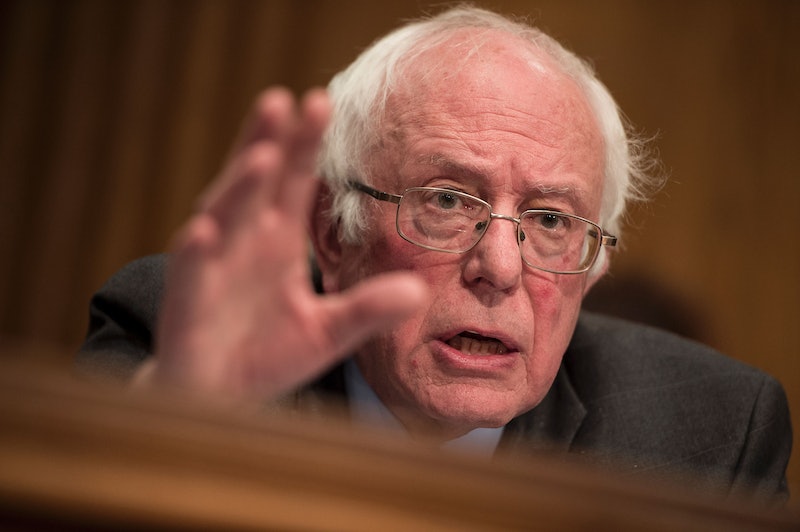 Bernie Sanders recently tweeted that if Republicans succeed in repealing the Affordable Care Act, 36,000 Americans will die as a result. But he's wrong — getting rid of the law could kill a whole lot more people than that. In reality, repealing Obamacare could claim the lives of around 43,000 Americans, according to a Washington Post analysis. Sanders, a staunch proponent of government-run health care, lowballed the number by about 7,000.

Of course, it's incredibly difficult to arrive at a precise number when making a prediction like this. For one, the ACA is a huge, complex piece of legislation, and the effects of every one of its provisions (the one that allows children to stay on their parents' health care until the age of 26, for instance) aren't immediately measurable. Moreover, the death toll of repealing Obamacare will hinge largely on how individual insurance companies and state officials respond.

All of that being said, this 43,000 number is based on rather solid evidence. It focuses on one of Obamacare's biggest components: The expansion of Medicaid. In 2012, the New England Journal of Medicine conducted a comprehensive study about how statewide Medicaid expansions affect mortality rates. The researchers found that states which had expanded Medicaid since 2000 suffered 19 fewer deaths per 100,000 adults than states that did not. Nationwide, this came down to one life saved nationwide for every 455 people who obtained coverage through the expansions.

Next, the Washington Post extrapolated these findings to a hypothetical, post-ACA America. According to most estimates, around 20 million Americans — give or take a couple million, depending on who you ask — will lose health insurance if Obamacare is repealed. If one person dies for every 455 who lose insurance, repealing the ACA would kill roughly 43,956 Americans.

There's room to quibble with this number. For one, the Journal study looked solely at the effect of expanding Medicaid, and while the majority of people who gained insurance under Obamacare did so through the Medicaid expansion, not all of them did. It could be the case — and this is complete speculation — that Medicaid is more efficient at saving lives than other forms of health coverage; if that were the case, the 43,000 number would be an overestimate.

Coming at it from the opposite angle, it's also quite possible that repealing Obamacare will strip health insurance from a lot more than 20 million people. A recent analysis from the Congressional Budget Office concluded that, while scrapping the law would "only" increase the uninsured rate by 18 million in the first year, a whopping 32 million Americans would lose their insurance within ten years of the repeal. That would suggest a death toll of 70,304 — far higher than Sanders' or the Post's estimate.

Regardless of the precise number, the takeaway is clear: Repealing Obamacare could kill tens of thousands of Americans. That was, of course, Sanders' main point, and about that, he was 100 percent correct based on the data.