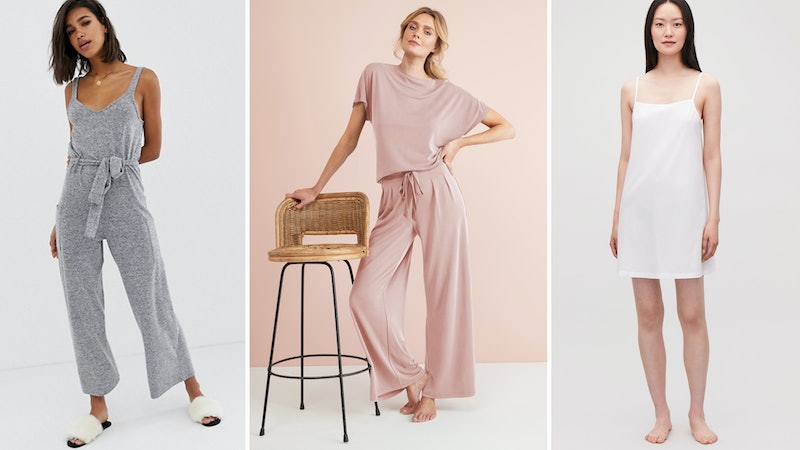 Loungewear is having a real moment. Potentially popularised by the growing number of self-employed people who don't have to work in an office everyday, the trend is all about comfort. It's easy to stereotype the category as winter-only thanks to its reliance on joggers and sweatshirts. But there are some summer-appropriate loungewear pieces to chill in over the next few months.

According to Mintel's recent British Lifestyles Report, sales of loungewear, underwear, and nightwear have increased by just over 18 percent since 2014. In fact, the nation spent a whopping £4.6 billion on these items in the past year alone.

In a statement, Jack Duckett, Mintel's associate director of consumer lifestyles research, linked the rise in loungewear to changing workplace attitudes. "More than four million people now regularly work from home, and their demand for comfort has arguably been a contributing factor to the booming sales of loungewear," he said.

But whether you work from home or not, loungewear is still for you. After all, who doesn't want to feel like they're wearing pyjamas 24/7? From cool yet cosy jumpsuits to slip dresses and a printed piece or two, here are a few loungewear looks to invest in for a summer of real relaxation.