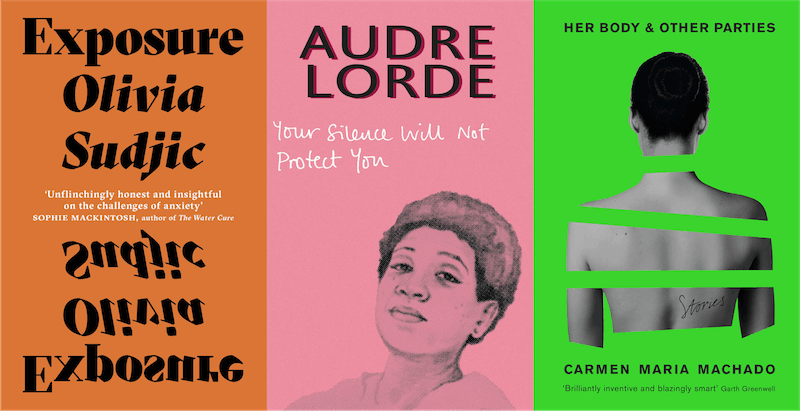 Just a quick announcement to strike panic into the hearts of those of you who celebrate Christmas: you have one month and one day only to complete your present shopping (or less, actually, presuming your office Secret Santa isn't taking place in your family home on Christmas Day). Might I suggest, to the hyperventilating gift shoppers among you, planting yourself firmly in a bookshop with this article in hand? I've selected five of the best feminist books to give as Christmas gifts, and all I require in response is a handwritten thank you note from each and every recipient delivered directly to whichever coffee shop table I've occupied for the past eight hours!

I'll preface this list with an admission: not all of these books were published this year. But all of them, from the poems and essays of Audre Lorde to the short stories of Carmen Maria Machado, demand to be read as 2018 draws to a close, and each one will speak urgently to the feminists in your life. Choose one for your sister, or your best friend, or your mum, or your infuriating coworker who's desperately in need of a thorough feminist education. And to celebrate once you're done? Buy all five for yourself.