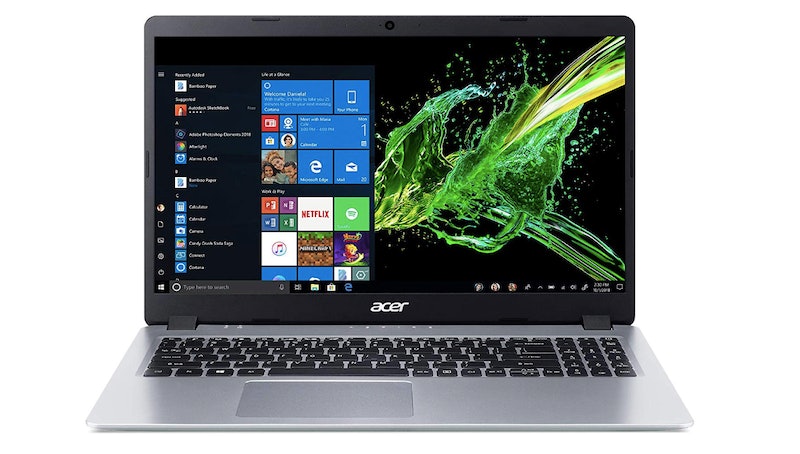 Amazon Prime Day is here. Well, at this point, it's more like Amazon Prime Days. From July 15 through July 16, Amazon will be offering special deals for Prime members. And if you're looking specifically for the best Prime Day computer and laptop deals, the retailer has plenty of options at your disposal.

There is a lot to look through on the Amazon site during Prime Day, and the homepage is really taken over by sales. There's "Spotlight deals", "Just launched deals," "Lightning deals", and more. And the sales apply to everything from coffee makers to car wash soap, so if you want to just check out what Amazon has for computers and laptops, it takes a little bit a digging.

Basically, on Amazon Prime Day, "Prime members save up to 40% on laptops, monitors, desktops and tablets." This is pretty vague, considering that could mean a laptop is on sale for just 3% off. Thankfully, the product listings note what percent is taken off.

It's probably best to go into your laptop or computer buying having already done some research and knowing what you want. That way, you can shop around at different sites and in stores to find the best deal on exactly what you want. But, if you're not at that point, below are some of the laptops and computers available for discount during Prime Day that have both high ratings based on their Amazon reviews and have a decent percentage taken off.

This version of the Acer Aspire 5 has a 8th Gen Intel Core i5-8265U processor and longer battery life than the one above, and it has a higher price. At a 19% discount, it's marked down from $509 to $429. It has four-and-a-half stars with 31 reviews. Read more about it here.

This monitor by HP has four-and-a-half stars out of 1,426 reviews, and is 29% off during Prime Day. It has tilt and height adjustment to work for a variety of users and also has built-in speakers. More info here.

31% Off Samsung Chromebook Plus V2

Prime Day also has Chromebooks on sale, and this one from Samsung is $379 at 31% off. It has four-and-a-half stars with 87 reviews. Read more about this Chromebook here.

On the pricer end of the spectrum, this HP laptop — which features a fingerprint reader and touchscreen — is 26% off, making it $999. It has four stars from 25 reviews. More info here.

This laptop from Acer can convert into a tablet, and can be written or drawn on with a stylus. It's 14% off, making the current price $699, and has four-and-a-half stars with 21 customer reviews. More info here.

Again, this is just a sampling of some of the highest rated deals, so to see all the laptops, monitors, and computer deals Amazon is featuring for Prime Day head over to the site.

More like this
These Are The Fastest Electric Kettles You Can Buy
By Margeaux Baulch Klein
How To Hide Cords Under A Desk
By Jenny White
CASETiFY Vs. Otterbox Phone Cases: Which One Is Better?
By Lauren Moison
11 Super Bowl Instagram Captions To Use On Game Day — Even If You Don’t Like Sports
By Alexis Morillo
Get Even More From Bustle — Sign Up For The Newsletter
From hair trends to relationship advice, our daily newsletter has everything you need to sound like a person who’s on TikTok, even if you aren’t.