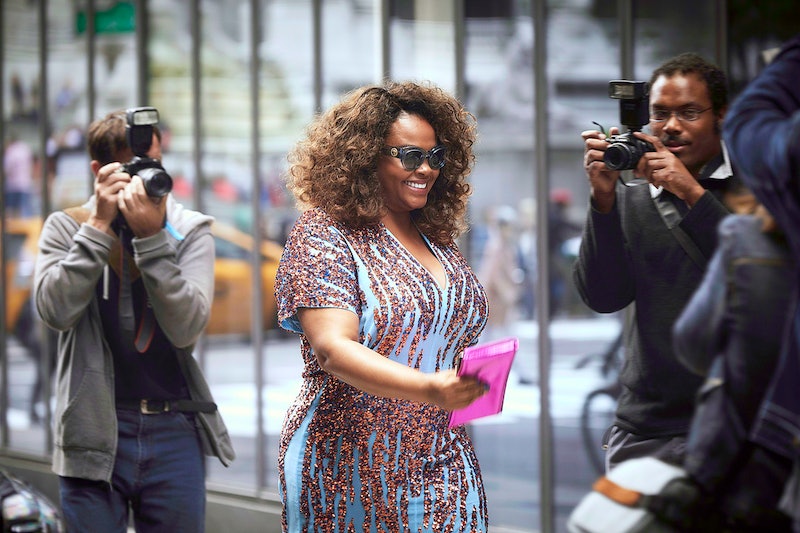 First Wives Club, the movie about three old friends in New York City who reunite to take on the husbands who left them, was released in the fall of 1996. In the Chicago Sun-Times, Roger Ebert called it a “creepy revenge comedy”, in which women “band together to pull assorted scams and blackmails in order to get what is rightfully theirs, which in each case means her husband's business.” Owen Lieberman wrote in Entertainment Weekly that the First Wives Club movie was an “overbright plastic-package comedy” and blamed the film’s stars — Goldie Hawn, Diane Keaton, and Bette Midler — for it’s supposedly flat characters: “there’s something fundamentally masochistic about a movie in which women are this fixated on men."

Other reviews were kinder, but still mixed. And yet the movie, which cost less than $30 million to make, would go on to gross over $180 million worldwide. It spawned a musical, two decades worth of sequel rumors, a cult following, and now, finally, a television show.

The BET+ First Wives Club series retains much of what critics like Ebert and Lieberman decried about the film: the slapstick, the marriages undone by prowling younger women, and, most deliciously, the witchy vengeance. Like the film, Tracy Oliver’s (Girls Trip) show features three estranged college friends, suddenly brought back together by a very public moment of personal misfortune. The marriage between Hazel Rochelle (Jill Scott) and her slimy producer husband is crumbling, violently and with wall-to-wall tabloid TV coverage. When Ari (Ryan Michelle Bathe) and Bree (Michelle Bateau) see the news, they drop everything to be there for Hazel, years of distance immediately dissolving.

The series goes out of its way in early episodes to pay homage to the original film, with scenes that echo some its most memorable gags: a trip to the penthouse suite aboard a window washer’s rickety carriage, a big auction scene, a heist. But the critical similarity, and what makes the show twinkle with the charm of the film, is the premise that female friendship can be instantly renewed — that these women who have spent years missing phone calls and birthdays can just as soon find themselves in each other’s pockets.

Oliver has updated the roles to suit her actors and the times. Hazel is the most obvious callback to the original, her R&B diva bathed in furs bears close resemblance to Hawn’s aging actress, Elise, out of touch and utterly alone. Whereas Middler’s Brenda and Keaton’s Annie were cheated out of careers by their devotion to their husband’s businesses, Bree—an orthopedic surgeon—and Ari—an attorney who has stopped practicing to support her husband’s political campaign—are successful in their own right.

And while the ruined marriage storylines are basically timeless, Oliver throws her characters some thoroughly modern B plots. Bree spends an excruciating amount of time waiting for the pharmacy attendant to unlock the morning-after pill from behind the plastic security panel. Ari, in the midst is of her marriage crisis, has to confront her teenage daughter about a (pretty tame) “sex” tape.

Notably, money still plays a crucial role in the series. Like Elise, Annie, and Brenda, Oliver’s first wives are markedly well-off, with multi-story homes, children in private school, and cobalt blue floor-length minks. The message is that being rich can't insulate these characters from heartbreak. That said, it matters very much for the rest of the plot that these characters are rich. While it feels impossible that a 2019 reviewer could land on the same gendered criticism the movie garnered—could suggest that Hazel is not entitled to some share of “her husband’s” music business or reduce her sense of what she’s owed to a “fixation”—time hasn’t changed the high cost of breaking up.

Getting what you deserve still takes the same luxuries of money and energy as it did 25 years ago. In the film, it’s the President's ex Ivana Trump who pops up to preach the gospel of million-dollar divorces, telling the wives, “Don’t get mad, get everything!”

This time around it’s TV producer Shaunie O’Neal, Shaq's ex-wife, delivering the iconic line, which needs no updating at all.

More like this
At 28, Debra Jo Rupp Was Living A Much Different '70s Show
By Grace Wehniainen
Alicia Silverstone Revives Her 'Clueless' Character In This Super Bowl Commercial
By Jake Viswanath
Rupert Grint Just Shared A *Major* Update About Ron Weasley’s Future
By El Hunt
12 Years Ago, Austin Butler Manifested His Oscar Nom In This Disney Movie Scene
By Jake Viswanath
Get Even More From Bustle — Sign Up For The Newsletter
From hair trends to relationship advice, our daily newsletter has everything you need to sound like a person who’s on TikTok, even if you aren’t.