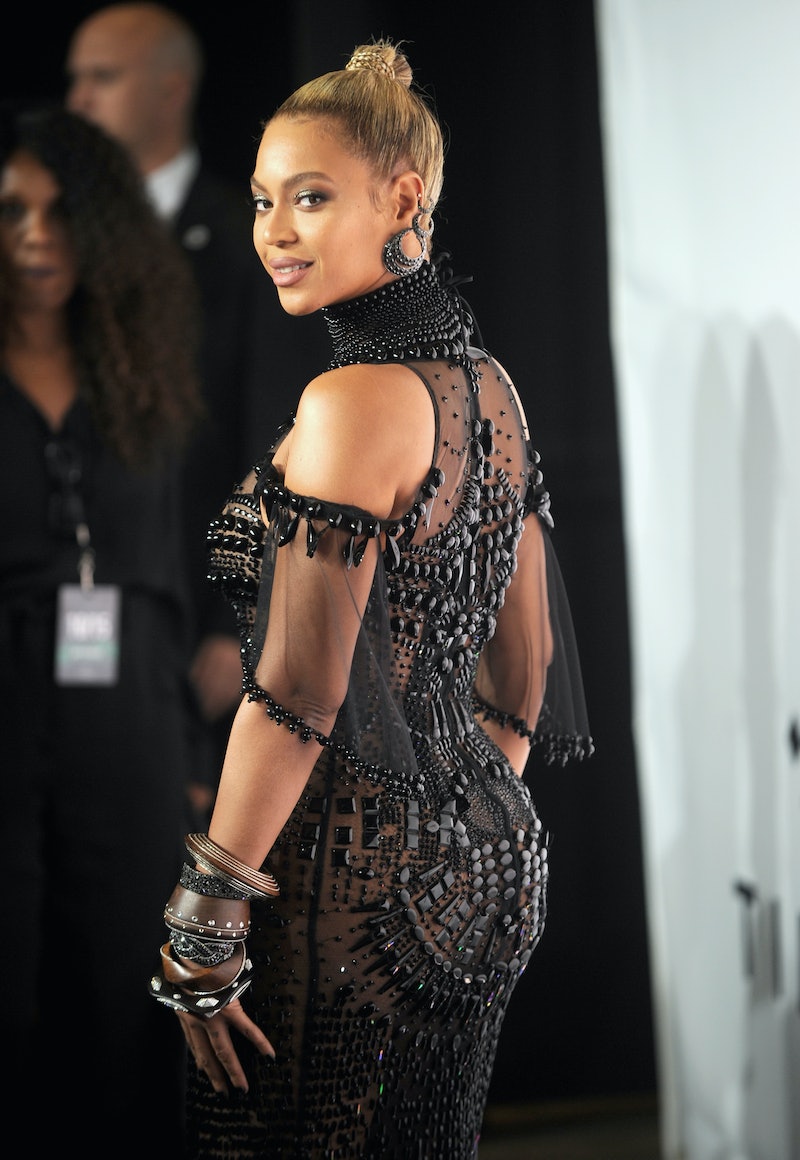 Beyoncé helped mourning fans celebrate the lives of NBA legend Kobe Bryant, his daughter Gianna, and seven other victims who died in a tragic helicopter accident last month. The superstar performed two of her biggest singles, “XO” and “Halo,” at the ceremony, which took place Monday at the Staples Center in Los Angeles. For the moving event, she wore a rich, yellow-golden suit, which appeared to be a nod to the Lakers’ official team colors of yellow and purple.

Accessory-wise, she opted for chunky, mixed metal jewelry like stacked choker necklaces and oversized earrings. Her look included several heartwarming details: She affixed a purple and gold pin to her chest that bore Bryant’s initials. She also wore a purple statement ring on her left hand, which perfectly complemented her purple manicure that had “Gigi” (Gianna’s nickname) written on it.

“I’m here because I love Kobe, and this was one of his favorite songs,” Beyoncé said before performing “XO” while backed by a choir and violinists who were wearing all-white ensembles. “I want us to do it all together, and I want you to sing it so loud, they hear your love. Are y’all ready?”

The honey-hued suit had a subtle sheen on the fabric and was tailored to absolute perfection. The fitted blazer featured a deep V-neckline, sleek lapels, two front pockets, and a row of coordinating buttons on each sleeve. Matching wide-leg trousers kept the look polished and elegant.

Beyoncé loves a monochromatic moment, especially when it comes in suit form. At Super Bowl 2020, she stepped out in a lush green suit by Balmain, a look that incorporated her signature fitted waist silhouette and striking white piping throughout. She topped off that outfit with a chic pair of white pumps from Le Silla, a diamond choker from Messika, and white sunglasses from Le Specs x Adam Selman.