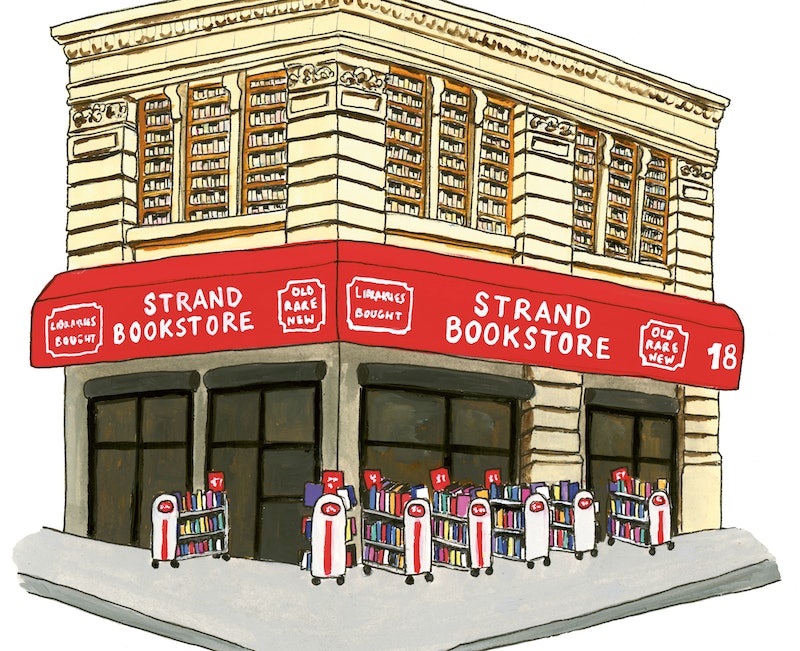 If you're looking for a great place to buy your next book, you should probably consider shopping at one of these 12 woman-owned bookstores, all featured in Bibliophile, a new book out from My Ideal Bookshelf creator Jane Mount. Bibliophile: An Illustrated Miscellany is out now from Chronicle Books, and you can get a sneak peek at its contents by checking out the 12 bookstore blurbs and 23 illustrations below.

Maui-based author-illustrator Jane Mount is the creator of My Ideal Bookshelf, which was published in 2012 by Little, Brown. That book catalogued a list of influential texts from 100 celebrities and literary figures, with Mount's illustrations accompanying interview snippets with editor Thessaly La Force. Now, Mount is back with Bibliophile, a miscellany that includes, according to the press release from Chronicle Books:

Bustle has an exclusive look at 12 of the 49 bookstores featured in Bibliophile for you to check out below: