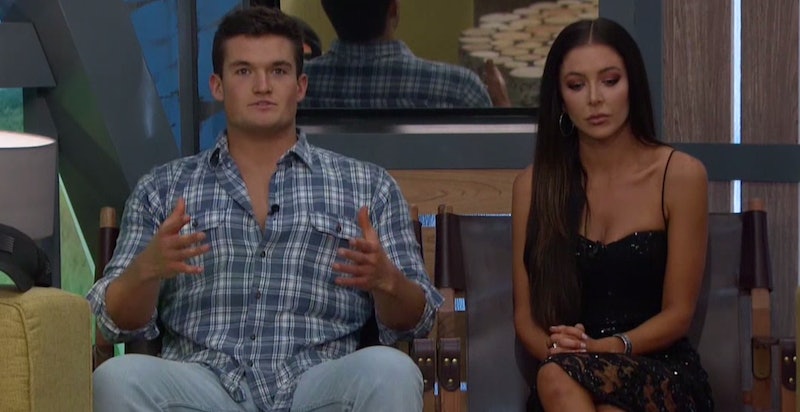 After three months of playing the game, Michie won Big Brother 21 on Wednesday night. He and Holly made it to the Final 2 in one of the only times a showmance has made it that far, leaving the Jury to decide between them. Ultimately, though, it was Michie who got to walk out with $500,000 and confetti on his shoulders — just as he'd wanted the whole season.

After winning the final HoH competition, Michie obviously decided to choose his showmance partner as the other member of the Final 2 and voted Nicole out. From there, he and Holly had to persuade the Jury to vote for each one of them — and field questions from them.

Holly made a pretty good case for herself. She said that while her strategy was to lay low and gather information, when she needed to win, she did. She also pointed out that she went after bigger targets like Nick and Sam while Michie went after lesser threats like Sis and Jess. However, Michie's argument seemed to speak to the Jury more. He said he took out middle of the road targets so there would always be a target bigger than himself. He also added that all of his moves were for the game and not personal, like that time he blatantly lied and threw Tommy under the bus.

Tommy and others seemed to respond to Michie's defense of his actions, and they handed him enough votes to secure the victory. Even Christie, Cliff, and Tommy, who had all been burned by Michie in the game, voted for him to win.

This outcome was kind of hinted at during the Jury roundtable with Dr. Will earlier in the episode. Many of the houseguests voiced concern that Holly played Michie's game and rode his coattails to the end (she said they worked as a team, and she actually kept him in check). Meanwhile, others lauded Michie's underhanded moves. Cliff thought it was impressive that Michie was able to fool him,, and Tommy respected the lying as a strategy move. In the end, Jack said he couldn't fault Michie for playing the game.

Holly did secure a couple of votes from players like Nicole and Jessica, but Michie beat her out. He not only gets the bragging rights of winning the 21st season (and the confetti that came with it), but also a $500,000 prize.

When host Julie Chen talked to Michie after his victory, he said, "I did it for my family … at the end of the day, what matters more to me than half a million is that they're proud of me." Though certainly, that big check won't hurt.

Now he gets to go home to his family and watch his path to victory unfold in all the episodes he hasn't yet gotten a chance to see. It'll be interesting to hear any comments he has on his gameplay after the fact, but for now, that's a wrap on Big Brother 21. From way outside the Big Brother house, goodnight.