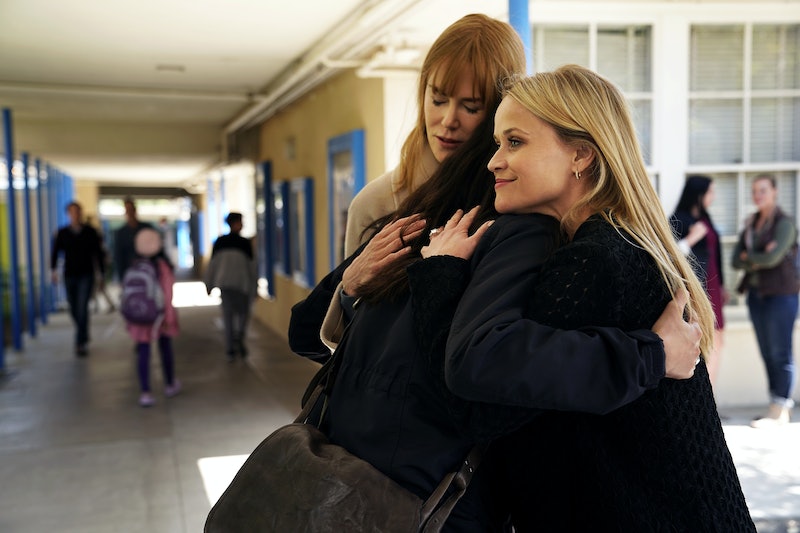 When Big Little Lies debuted in 2017, it captured the cultural zeitgeist in a fashion few popular series manage. The show about a group of elite, beautiful, competitive moms in the high suburban richness of Monterey, California, caught in a tale of envy, murder, and abuse drew an almost fanatical following. Viewers were obsessed with the show’s regular serving of catty, meme-able quotes, its gif-worthy reaction shots, its bevy of iconic talent. While the first season of Big Little Lies did not warrant a Season 2 narratively, the show ensured a strong buzz leading up to its second season (a little Meryl helps). Its premiere was proof that even if we didn't need more BLL, it remains compelling, necessary television worth watching for the nuanced relationships between the female characters alone.

Big Little Lies is certainly not the first HBO show to garner a rabid fanbase. After all, the second season is debuting merely two weeks after the network’s prime hitmaker, Game of Thrones, which had its viewers committed to its every plot line for almost a decade, went off the air. HBO was also home to Sex and the City, yet another show to revolve around the friendships and private lives of women that's built a lasting fan base. The appeal of BLL is somewhere in between both of these. While SATC reveled in the fashionable frivolity of the sex and dating lives of New York women in their thirties, Big Little Lies pairs its envy-worthy Monterey mansions and glitzy lifestyles with explorations of much darker subjects like trauma, sexual abuse, and what it means to survive. And while Game of Thrones certainly also engages with these themes, the show's well-documented problem with its treatment of its female characters — particularly in regards to their agency and experiences with trauma — means many women watched GOT in spite of its treatment of these issues, not because of them.

The key to the popularity of Big Little Lies is in the way the show treats it women, and the relationships between them. While the show deals with the consequences of abuse when it passes unchecked and unreported for years, much of Season 1 was spent establishing the kind of dynamics between adult women you rarely get to see: The easy friendship and fierce loyalty that some of these characters share. The envy they inspire in each other. Their desperation for sisterhood, to be loved and accepted, but most of all, to be understood by each other. The knowledge that while motherhood is difficult and challenging, solidarity from other mothers is the sweetest antidote that makes the journey easier.

Much like Sex and the City, each of these characters is singular and relatable and identifiable. There’s the successful working mother Renata (Laura Dern), who must get motherhood right to prove to the stay-at-home mom troupe that she indeed can have it all. The stay-at-home mother Madeline (Reese Witherspoon), is obsessed with ironing the creases in her divorce, her marriage with a second husband, and her relationship with her teenage daughter to maintain the facade of the perfect suburban life. There's Celeste (Nicole Kidman), the mother who quit her high-paying job to comply with a controlling husband, and Bonnie (Zoe Kravitz), the young, hip mother who's big on wellness and natural health and rubs all the traditional mothers the wrong way. And then there’s the single mother Jane (Shailene Woodley), who has neither a male figure in her child’s life nor a past she’s willing to be open about.

They're all sharply drawn characters who feel like living, breathing people, yet somehow they work as fun caricatures: Madeline is spunky, Celeste is careful, Bonnie is super cool, Renata is successful, and Jane is mysterious. They inspire BuzzFeed quizzes and brunch debates over who relates to which particular character, or whose lines are the most meme-worthy. How is it that a show can be so intense, yet so full of lightness?

On Big Little Lies, men always exist on the periphery, trying to sneak into the drama — but they're too entitled to make any sense of it.

In the pilot episode, Laura Dern’s Renata has her first altercation with the other mothers, led by Reese Witherspoon’s Madeline. As Renata stands on the huge balcony of a sea-facing bungalow, rich beyond measure, obsessing over how she is going to fix the tension, her husband scoffs, “Women! You all want to be the envy of your friends, but God forbid, you garner too much of it.” The statement is not only misplaced, but also gets the dynamic women share and crave from each other absolutely wrong. Renata, annoyed by the remark, simply walks away. It's a moment that's very telling of who the show is about. On Big Little Lies, men always exist on the periphery, trying to sneak into the drama — but they're too entitled to make any sense of it.

In many ways, Big Little Lies is a worthy predecessor to shows focusing on the lives of adult women, like Sex and the City and Desperate Housewives. But where the latter placed a higher priority on reveling in their campiness and absurdity, Big Little Lies does not shy away from making subtle political statements about solidarity in the face of trauma. This is a show that is willing to go dark, but is somehow able to maintain the lightness, too.

It also helps that the show is led by fierce feminine energies viewers have come to trust over the years. As an audience, we love Reese Witherspoon’s sprightly feminist act in Legally Blonde and Cruel Intentions, Nicole Kidman’s shape-shifting acting prowess, Laura Dern’s incredible turn in one brilliant movie after another, or Zoe Kravitz’s effortless cool, channeled straight from her impenetrably cool parents. And by casting Meryl Streep, easily the most beloved, worshipped actress of this generation, in Season 2, the show is serious in its commitment to its viewers, who love watching iconic women on screen duel.

The first season of Big Little Lies ended on an extremely somber but fulfilling note. Many critics and viewers argued the validity of a second season, given the finality of Season 1's ending. But the creators have ensured a successful return by focusing on their most winning formula: keeping this a show about the complicated women we love.

More like this
'The Sandman’s Ending Is A Departure From Neil Gaiman’s Comic Book Series
By Kadin Burnett
The 'PLL: Original Sin' Creators Say A’s Identity Will Be “Very Clear” By The Season Finale
By Alyssa Lapid
Why Did Meatball Leave 'The Bachelorette'? His Second Chance Didn’t Last Too Long
By Grace Wehniainen
Memes & Tweets About Logan Switching From Rachel To Gabby On 'The Bachelorette'
By Grace Wehniainen
Get Even More From Bustle — Sign Up For The Newsletter