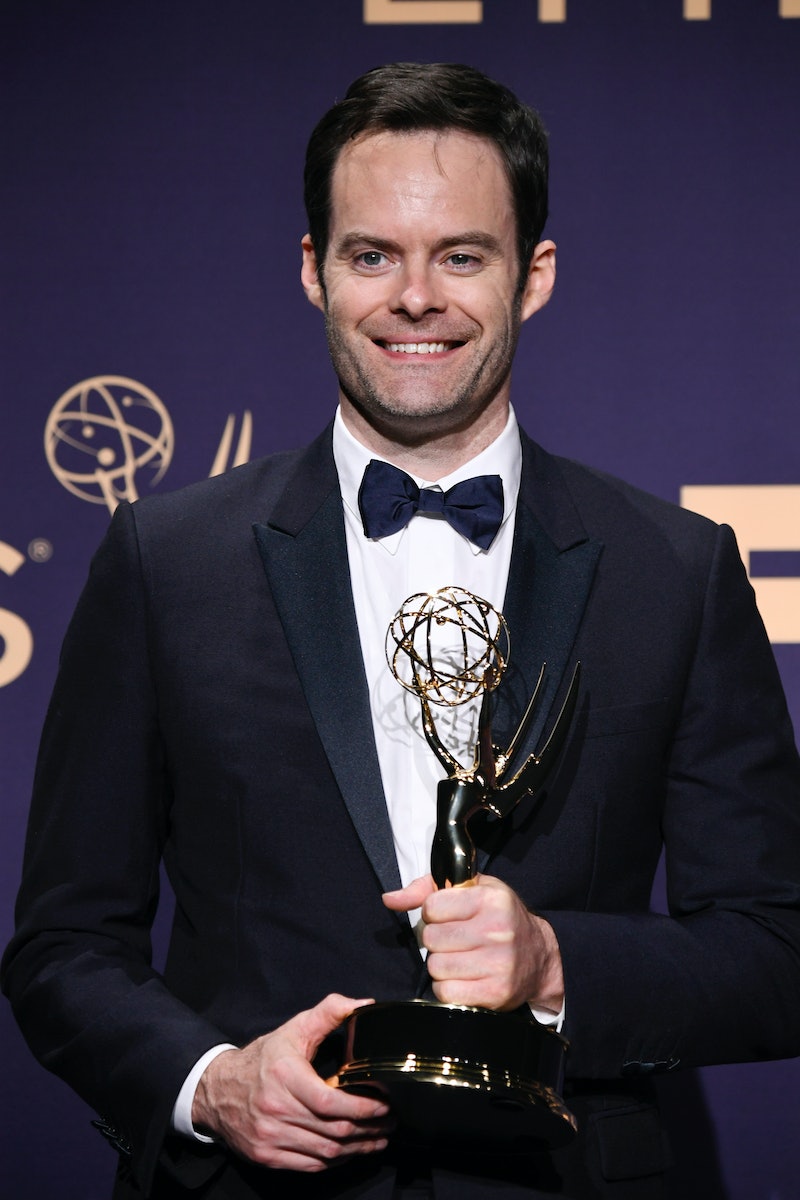 The annual Primetime Emmy Awards is a great way to honor the best and brightest creations the world of television has to offer, but it's also a chance to catch up with some of Hollywood's finest and get their input on various subject matters. Which is why it wasn't surprising that reporters asked Bill Hader to comment on SNL firing Shane Gillis, given his long, successful run starring on the sketch comedy show. And while the Barry star, who walked away Sunday night with a Best Actor in a Comedy win under his belt, was somewhat hesitant to directly address the situation, he did provide a few thoughtful remarks about how the comedy realm should be approached in a more sensitive way. But he remained even handed, also calling for compassion and a chance to allow comedians who might misstep to grow.

“I have no thoughts on that,” Hader stated in the press room on Sunday night, shortly after his Emmys win, when asked directly about Gillis. However, he then did proceed to explain how he himself tries to approach comedy. “I feel like you shouldn’t want to hurt anyone’s feelings. Especially in comedy, you do stuff six or seven years ago that wouldn’t be okay now for good reason," he said at the time. "I only speak for myself but, like anybody, you have to grow. I think it’s a good thing. I’m never interested in upsetting anybody.”

Shortly after Gillis was announced as a new cast member for Saturday Night Live's upcoming season, videos and audio recordings from as recently as August surfaced that showed the comedian using racial and homophobic remarks. The backlash resulted in Gillis getting fired from the sketch series weeks before the Season 45 premiere. “After talking with Shane Gillis, we have decided that he will not be joining SNL,” a spokesperson for SNL said in a statement on behalf of Lorne Michaels, as per TVLine, adding:

“We want SNL to have a variety of voices and points of view within the show, and we hired Shane on the strength of his talent as comedian and his impressive audition for SNL. We were not aware of his prior remarks that have surfaced over the past few days. The language he used is offensive, hurtful and unacceptable. We are sorry that we did not see these clips earlier, and that our vetting process was not up to our standard.”

Fellow Emmy nominee Sandra Oh praised SNL for its decision to fire Gillis in a series of tweets, calling Gillis a “[purveyor] of racist homophobic content," while congratulating SNL newcomers Chloe Fineman and Bowen Yang for their exciting new gig.

Oh wasn't the only celebrity to comment on the matter, though. SNL alum Norm Macdonald came to Gillis' defense on social media, calling the decision "Unacceptable" in a tweet.

Hader's remarks didn't condemn Gillis, nor did it clarify if he thought SNL made the right decision in letting him go, but on a personal level he knows that comedy should change with the times and that a certain amount of accountability is in order to help make the world a better place.