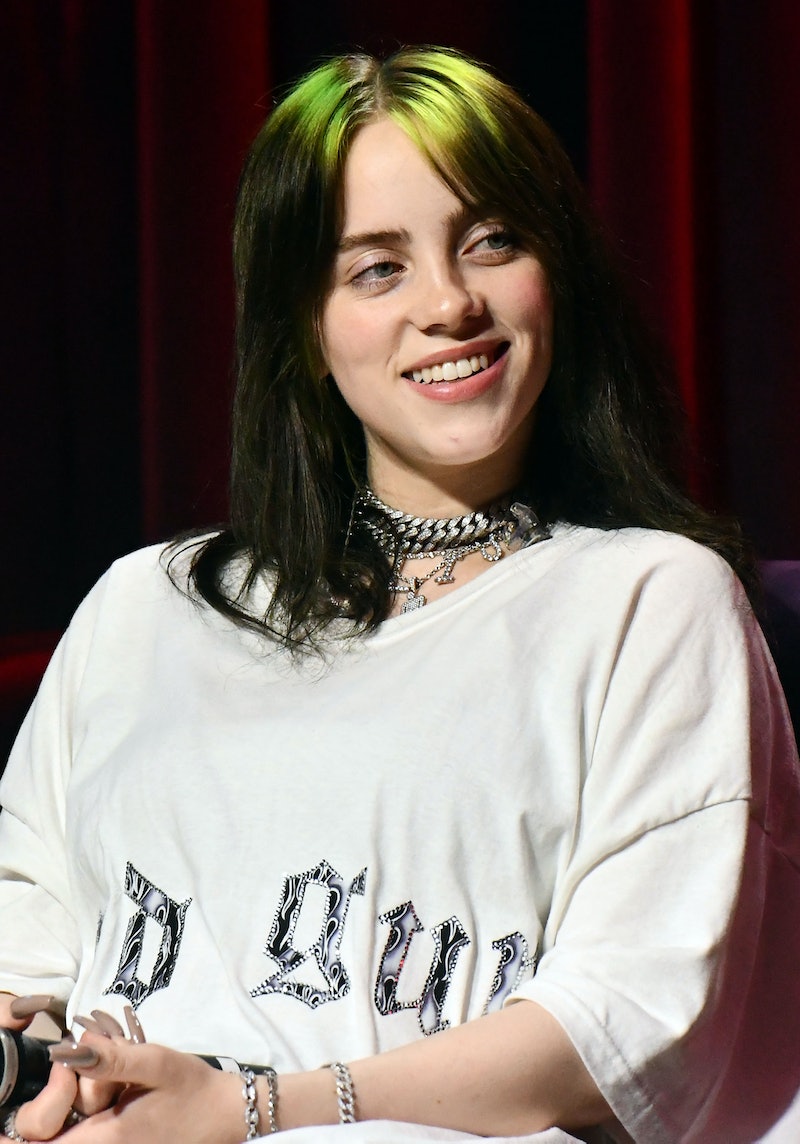 Like many of her fellow emerging artists, "Bad Guy" singer Billie Eilish is using her platform to inspire social change. On Sept. 28, prior to her Saturday Night Live performance, Billie Eilish released a video about climate change called "Our House Is On Fire." During its 76 seconds, she declares a #ClimateEmergency, and encourages viewers to take action.

"Right now there are millions of people all over the world begging our leaders to pay attention," a note beneath the video reads. "Our earth is warming up at an unprecedented rate, icecaps are melting, our oceans are rising, our wildlife is being poisoned and our forests are burning. [T]he clock is ticking."

She published the video in collaboration with SNL co-host Woody Harrelson. "History shows us that when enough people rise up and demand change, those in power have no choice but to act," he says in the video. Footage of extreme weather and hundreds gathering for the Global Climate Strike that took place between Sept. 20 and 27 act as a backdrop for their words, and Eilish's song "Ocean Eyes" is the soundtrack.

"We must take back power," Harrelson says. "That means voting for leaders who care about the future of our planet." They encourage viewers to join the efforts of environmental organizations Greenpeace and Fridays for Future, which is inspired by the vigilance of 15-year-old environmental activist Greta Thunberg.

Eilish also urges viewers to implement greener choices into their lifestyles, such as cutting meat and dairy from their diets as well as reducing plastic use. She's practicing what she preaches by implementing similar environmentally friendly practices into her upcoming 2020 tour called Where Do We Go? which debuts on March 8.

In partnership with Reverb, a non-profit organization that specifically works to increase environmental awareness in the concert and music festival scenes, Eilish plans to make her tour as green as possible. According to Refinery29, all of Eilish's concert venues will feature water stations, and attendees will be allowed and encouraged to bring refillable water bottles inside. She has also banned plastic straws from the entire tour, and each stop will feature a Billie Eilish “Eco-Village” where additional information on the fight against climate change will be available. Reverb is accepting volunteers to work with them on the tour, and you can sign up on their website to participate in one near you.

The announcement video was released just a few weeks following her climate change-inspired music video for her song, "all the good girls go to hell." In it, Eilish is weighed down by giant wings soaked in a black oil-like substance as she sings lyrics like "hills burn in California," "water starts to rise," and "there's nothing left to save now." She sings while walking down fire-burning streets. In the music video's Sept. 4 caption, Eilish imparted a similar message and encouraged fans to pay attention to the United Nation's 2019 Climate Action Summit and participate in the Climate Strike.

With these continued statements, Eilish has made it clear that she plans to consistently integrate environmental activism and her music career. Hopefully, other artists will follow suit.

More like this
Monica Lewinsky Wants Beyoncé To Change “Partition” Lyrics Amid Recent Song Edits
By Grace Wehniainen
Lauv Is No Stranger To Taylor Swift, Drake, Ed Sheeran, & Fame
By Alyssa Lapid
Beyoncé Sent Flowers To “Masterpiece Genius” Madonna After The “BREAK MY SOUL” Remix
By Grace Wehniainen
Who Is Camila Cabello Dating? She's Getting Cozy With Lox Club CEO Austin Kevitch
By Radhika Menon
Get Even More From Bustle — Sign Up For The Newsletter