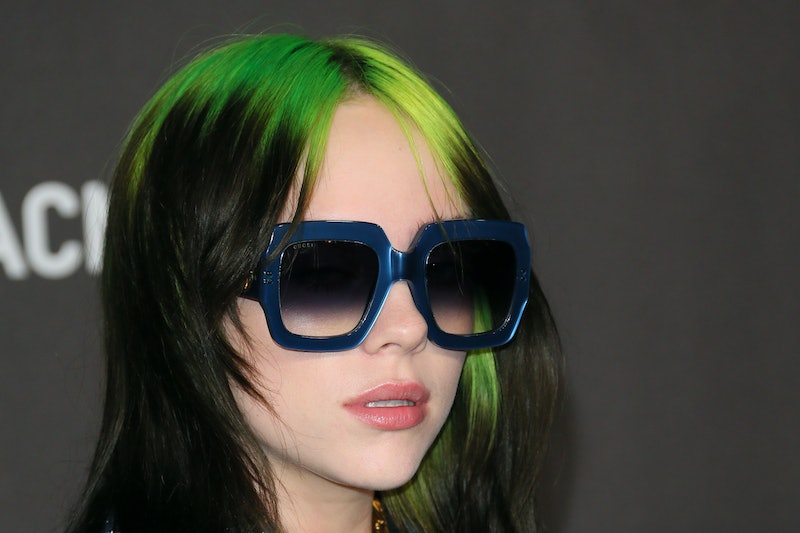 She became one of the biggest pop stars in the world seemingly overnight, but Billie Eilish's new song, "Everything I Wanted" gets real about her mental health and the pressures of being famous. In fact, the entire song was inspired by a dream the musician had about dying by suicide. But, the track, a collaboration with her brother Finneas, is also uplifting, described in a statement to Rolling Stone as a meditation on fame and a tribute to her older brother. "No matter what happens, we always have been and will be there to make it better," the singer said.

The first verse of the song makes it clear that Eilish was inspired by her experiences with depression and mental illness; early on, she sings that she had a dream in which she "Thought I could fly/So I stepped off the Golden," and fell to her death. "[Finneas and I] started writing it because I literally had a dream that I killed myself and nobody cared," Eilish told BBC Radio 1 DJ Annie Mac about the inspiration behind the song. "In the dream, the fans didn’t care. The internet sh*t on me ... and it really did mess me up."

However, as Eilish sings about how she has to hide her struggles from the public because "everybody wants something from me now/ And I don't wanna let 'em down," both she and "Everything I Wanted" acknowledge there is one person she can rely on through everything. "Pretty much that whole song is about me and Finneas’ relationship as siblings," Eilish told Mac. "My brother is my best friend, and I have these dreams and these things happen, and no matter what happens, he’s gonna always be there for me, and it’s the same the other way around."

Eilish has previously opened up about her experiences with depression, telling Elle in September that she was once accused of faking her mental illness by people online, despite being "clinically depressed" as a teenager. "It hurt me to see that. I was a 16-year-old girl who was really unstable," she said. "I'm in the happiest place of my life, and I didn't think that I would even make it to this age."

However, the singer made it clear that it isn't her success in the music industry that has helped her arrive at the "good place" she's at now. "I've gotten to a point where I'm finally okay. It's not because I'm famous," Eilish told the outlet. "It's not because I have a little more money. It's so many different things: growing up, people coming into your life, certain people leaving your life. All I can say now is, for anybody who isn't doing well, it will get better. Have hope."

A few months earlier, Eilish told Rolling Stone that she has had to learn how to make accommodations while touring in order to take care of her mental health as a singer. Explaining that she had "nightly panic attacks" while on her When We All Fall Asleep Tour. "It felt like an endless limbo. Like there was no end in sight," she explained. "Thinking about that literally made me throw up...I'm not a throw-upper, but I threw up twice, from the anxiety."

To combat the anxiety and make sure she felt as relaxed and comfortable as possible, Eilish gave herself more breaks between tour dates and added a chartered "friends bus" and therapy to keep her support system around her. "It cost a lot of money, and I don’t know if we can even afford it," she told Rolling Stone. "But I needed it for my mental health, you know?"

"Everything I Wanted" makes it clear that Eilish's experiences with managing her mental health is constantly evolving, but it seems that the singer is determined to surround herself with people like Finneas, who help support her through it all.