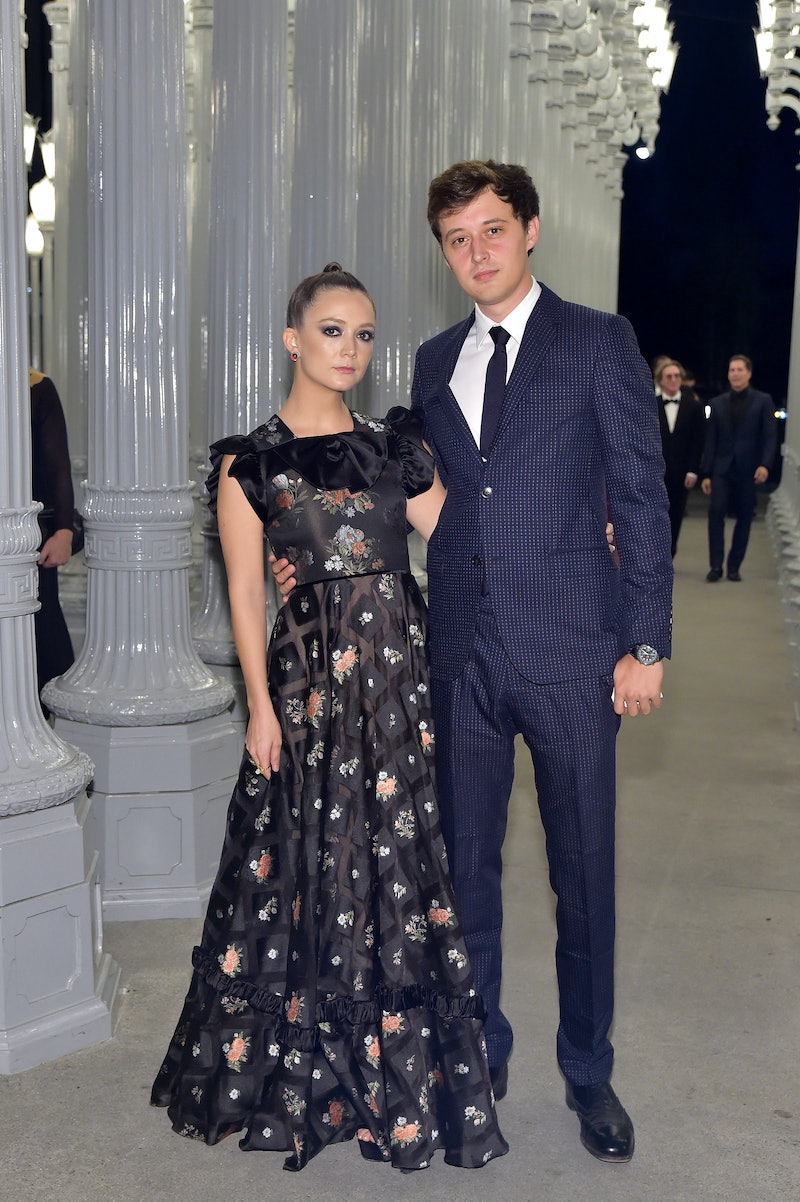 From Booksmart to bride! Billie Lourd is reportedly engaged to longtime partner Austen Rydell. The two have been dating for around four years, and Rydell, an actor and producer, shared the happy news on Instagram, alongside a slideshow of romantic photos of the couple from the course of their relationship. "She said YES!!" Rydell wrote, along with a series of ring emojis, before revealing Lourd's actual response to his proposal. "(Actually she said 'Duhhh') But I guess that’s even better than yes?!?" Bustle reached out to Lourd's reps for confirmation, but did not receive an immediate response.

Though Lourd has yet to announced the engagement on her own account, the American Horror Story star has never shied away from sharing her affection for Rydell over the years. "Happy Birthday to my #quaranteenagedream," she wrote in April, to celebrate her now-fiancé's birthday. "'I love you is an understatement!!'"

According to E! News, Lourd and Rydell first dated back in early 2016, though they split sometime before the death of her mother, Carrie Fisher. However, the couple reconnected a year later, and were spotted kissing in Los Angeles in October 2017. Two months later, things had gotten serious, and Rydell reportedly accompanied Lourd, her father Bryan Lourd and stepfather Bruce Bozzi on a trip to see the Northern Lights in Norway that December.

"My momby had an otherworldly obsession with the northern lights, but I never got to see them with her," Lourd wrote on Instagram at the time, explaining that the family trip was in Fisher's honor. "We journeyed to northern Norway to see if we might 'see the heavens lift up her dark skirts and flash her dazzling privates across [our] unworthy irises.' And she did."

Lourd hasn't posted too much about her romantic relationship, though she did share a slideshow of sweet photos with Rydell to celebrate Valentine's Day. "'round the world you make my world go 'round #toinfinityandbaeyond," she captioned the pics.

Happy wishes to Lourd and her "#quaranteenagedream."