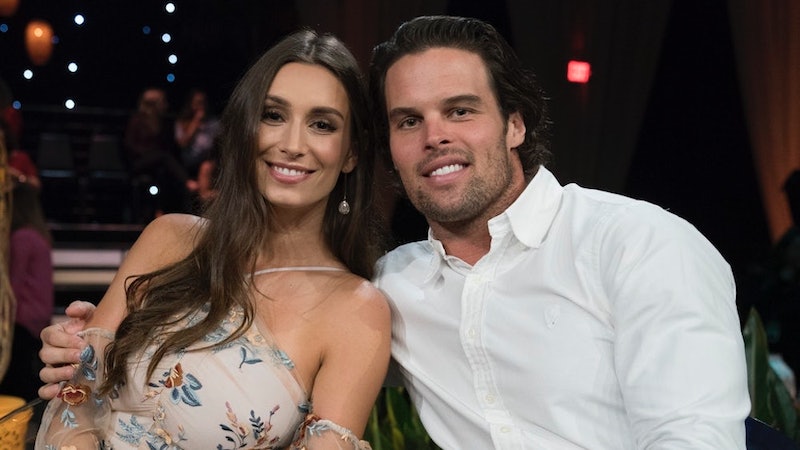 Bachelor-related romances aren't always able to withstand the test of time, but when it comes to Kevin Wendt and Astrid Loch, who met and started dating in Season 5 of Bachelor in Paradise, they've proven to the one of the special exceptions to the rule. In fact, Kevin and Astrid recently hinted that an engagement could happen much, much sooner than fans may be expecting.

That's not to say that their relationship was always smooth sailing, of course. Kevin actually opted to break things off with Astrid and leave Mexico alone at the end of their BiP season. He explained to Astrid at the time that the idea of sharing a Fantasy Suite with her, and potentially getting engaged at the end of all this, scared him since he had already been in that position before and had his heart broken by Ashley I. Thankfully, the two of them ultimately found their way back to each other once filming was over, and remain stronger than ever almost one year later.

"It was the craziest scenario that you can meet someone in," Astrid explained to E! News in a recent interview. "And then the breakup was the best thing that ever happened to us because it just let us kind of end the TV show chapter there in Mexico and come out of it and just work on it on our own and kind of figure out what we wanted to do."

Back in August of 2018, Astrid moved to Canada to be closer to Kevin and the two of them now share a condo together. They also make a point of generally avoiding the spotlight, preferring to lead a relatively normal life. "I feel like we're on our own little island from the Bachelor world over here, which is actually kind of nice," Kevin added during the same interview. "We get left alone a lot, but we also spend most of our time inside to be honest." He added, "We just enjoy each other's company. We cook every day. We watch TV, we work out every day and we eat ice cream sandwiches. Stuff like that."

But try as they might to keep their love life off the radar, they realize that fans will always be curious about what the future holds for them, and whether or not there will be any wedding bells down the line. "He has until I turn 30 to propose because I want to make it in my 20s," revealed Astrid, who is currently 29 years old. Kevin's timeline is getting shorter and shorter, which could mean this duo will be engagement possibly within a year's time. And despite Kevin's recent Instagram post of them standing outside the Little White Chapel in Las Vegas, Kevin assures fans that eloping most likely isn't in the cards for them.

"I'm pretty sure the elope thing, I think between my mother and Astrid's mother, we'd both be dead before we got married," Kevin admitted to E! News. "We'd probably get married in the United States. Probably somewhere in Florida, closer to her family and then all of my friends and family could make a three or four-day trip to Florida."

Sounds like they're already got this all figured out, so it's just a question of when they decide to put this plan of marriage into action. Either way, it's great to see how happy they both are.