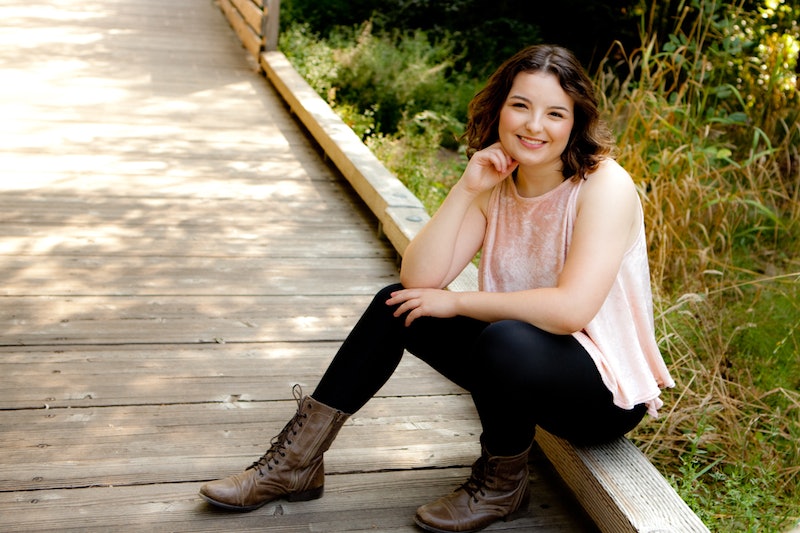 In this op-ed, writer Olivia Caudell explains how seeing bisexual lawmakers helped her realize that there's a place for her in politics, too.

In 2015, Kate Brown was elected in Oregon as the country’s first openly bisexual governor. As a young bisexual woman who wants to work in politics and lives in Salem, the state’s capital, Brown’s election felt monumental to me. This was a time in my life in which I was becoming politically and socially aware of the world around me. It had truly never crossed my mind that a woman I felt so connected to would be elected to lead my state.

But over the course of Brown’s term, I have also felt a personal ache every time any article on the governor’s policies mentions her sexuality when it has nothing to do with the substance of her work. I’ve heard people ask whether Brown is “still bisexual” because she’s married to a man, and whether her place in history can even be celebrated if she’s not in a queer relationship. These questions undermine the queerness of all bisexual people, and it’s something I’ve felt in my own life.

It feels as if bisexual people exist in between two worlds.

I was able to pick up on the biases people had about bisexuality from a young age. Many straight people make thinly veiled comments about bisexual people’s inability to make decisions and sleazy jokes about what we look for in the bedroom. We’re called selfish, immoral, showy, closeted. The first time I heard the word “bisexual” out loud was when my mom was explaining that an adult we knew had once dated someone of their same gender. I was 11 years old and completely confused by the concept of fluidity, so I turned to my mom and asked for her opinion. She admitted to being bewildered by the idea and made a comment along the lines of, “It really doesn’t make sense to me. Just choose if you’re straight or gay.”

I did eventually come out as bisexual. I was met by nothing but acceptance from my friends and family, including my mom. However, the city where I live is not so understanding. A student in my grade threatened me online, saying he would bash my head in with a baseball bat if I didn’t turn straight. There was very little sympathy from my school administration, and I felt completely alone.

It feels as if bisexual people exist in between two worlds, and living in Donald Trump’s America has only enhanced the fear and misunderstanding that queer people face every day. We are attacked in the streets and in our schools and in places that are supposedly safe. The vice president of the United States is on the wrong side of history on issues such as conversion therapy on LGBTQ minors and same-sex marriage. Every day, the presidential administration inches closer to allowing workplace and adoption discrimination due to sexual orientation.

However, I try to focus on the moments of triumph for my community. Sen. Kyrsten Sinema is the first openly bisexual member of Congress. She was elected to represent Arizona in the Senate in 2018, and the day she was sworn in changed my life. The image of a queer woman with her hand placed on a book of law, next to Pence, will forever be burned into my memory.

Seeing voters choose women like Brown and Sinema to represent the American people gives me hope that we no longer need to hide aspects of ourselves people have made us feel ashamed of. Our queerness is a strength, but it is not the only important thing about us.

Whether or not constituents agree with Brown and Sinema’s policies should be the main point of contention, not the sexuality of these leaders. That’s what matters. So I’m going to continue to make my voice heard in the political process. I will be among the many fighting for a better tomorrow, both in the 2020 election and as I make my way through college. I plan to pursue law school and then a career in politics beyond that. And I hope that whatever I accomplish in the future will be highlighted more than my sexuality will be criticized.