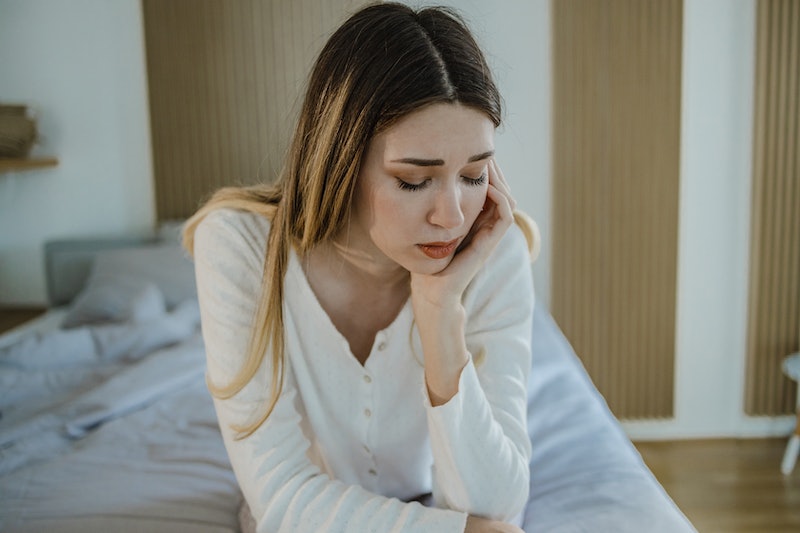 If you're living with an anxiety disorder, you're not alone; the Anxiety Center of America estimates that around 18.1 percent of the American population have an anxiety disorder of some kind or another, from obsessive-compulsive disorder to panic disorder. As isolating and hugely unpleasant as having an anxiety disorder may be, it's definitely preferable to be dealing with anxiety now than it was at any other point in history. These days, you have the options of therapy, possible medications and a wide range of different treatment options. In the past, you might have been told your uterus was wandering around and driving you nuts, or that you were lovesick and needed to marry your cousin. Ain't medicine grand?

As with any discussion of medicine in history, it's important to remember that definitions have changed a lot, and that what we regard today as very clearly a manifestation of anxiety disorder has, in the past, been seen as everything from a feeling inspired by a god to a clear sign that your wits had utterly left your body. However, the word "anxiety" itself seems to have Latin and Greek roots, both of which referenced physical feelings ("to choke" or "to cause pain") — indicating how the sensation of anxiety and its corresponding physical effects are truly timeless.