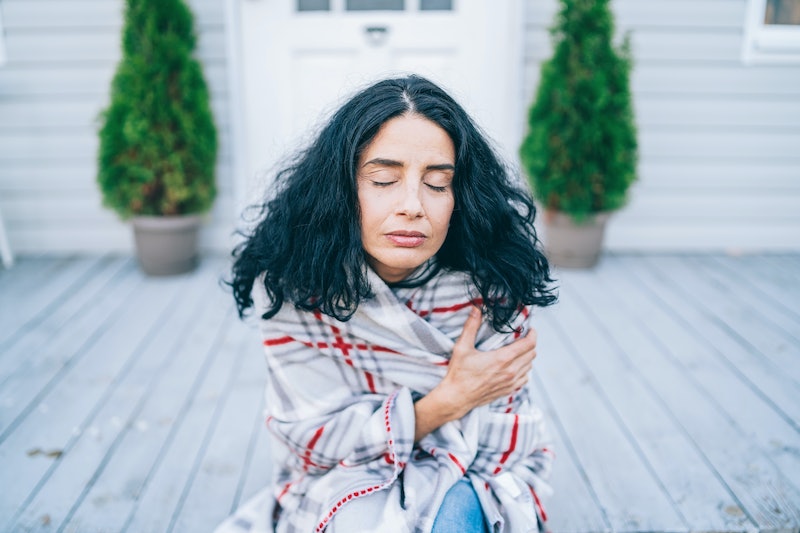 Everyone worries about things they can't control, especially when we're going through periods of uncertainty, but there's a world of difference between experiencing the natural ups and downs of life and signs of generalized anxiety disorder, or GAD for short. Like many mental illnesses, it's easy to see yourself in the symptoms of GAD, which is characterized by unrealistic worry about everyday events and interactions. However, what differentiates normal, healthy anxiety from a disorder is its intensity. For instance, most of us find the prospect of a party filled with strangers daunting, and we might even get a little nauseous beforehand. Someone with GAD, on the other hand, is likely to spend hours or even days prior to the event anticipating all kinds of disasters, and they may worry so much that they literally throw up.

According to the National Institute of Mental Health, people with GAD display "excessive anxiety or worry for months," but unlike other anxiety disorders such as panic disorder or social phobia, GAD isn't necessarily traceable to a specific cause. In fact, one of the most important criteria for GAD is a persistent feeling of apprehension or dread, and anxiety is often unprovoked. However, this isn't to say their worries aren't specific; rather, people with GAD tend to worry about everything. Like most anxiety disorders, people with GAD are usually aware that their anxiety is irrational, but they can't stop themselves.

Let's take a look at some of the signs of GAD below. As always, the Internet is no basis for diagnoses, but if the following symptoms are a little too familiar, it may be an indication to get a psychologist's opinion.

1. You Always Anticipate The Worst

People with GAD tend to follow every option to its worst possible conclusion, over and over again. It's one thing to worry about things like health or money, but if you consistently obsess the worst scenarios imaginable, you may be in disordered territory.

2. You're Always On Edge

Even when they aren't worried about something in particular, people with GAD are usually on edge — think of it as perpetually waiting for the other shoe to drop.

3. You Blow Things Out Of Proportion

Some situations call for a certain level of nervousness: weddings, health scares, the thought of Trump becoming President, and so on. However, people with GAD treat even small matters like a red-alert, no-holds-barred disaster waiting to happen.

According to Psych Central, GAD is accompanied by a number of physical symptoms like excessive sweating, lightheadedness, and a quick startle response. If you're constantly anticipating the worst, it's no wonder you may startle easily.

Needless to say, devoting all this mental energy to worrying leaves little room for anything else. People with GAD often report difficulty concentrating, sometimes feeling as if their minds go blank.

For people with GAD, letting go of their anxiety is much easier said than done; even when they try, they simply can't stop worrying. If you find the thought of relaxation nigh impossible, it could be a sign that your anxiety is out of proportion.

GAD often causes fatigue, but the disorder makes it difficult to get rest. Even when you do manage to catch some sleep, you may have trouble staying asleep through the night.

8. You Worry About Worrying

As mentioned above, people with GAD know that they're blowing things out of proportion, and that (ironically) may lead to worrying about worrying. It's a difficult cycle to break, but it can be managed.