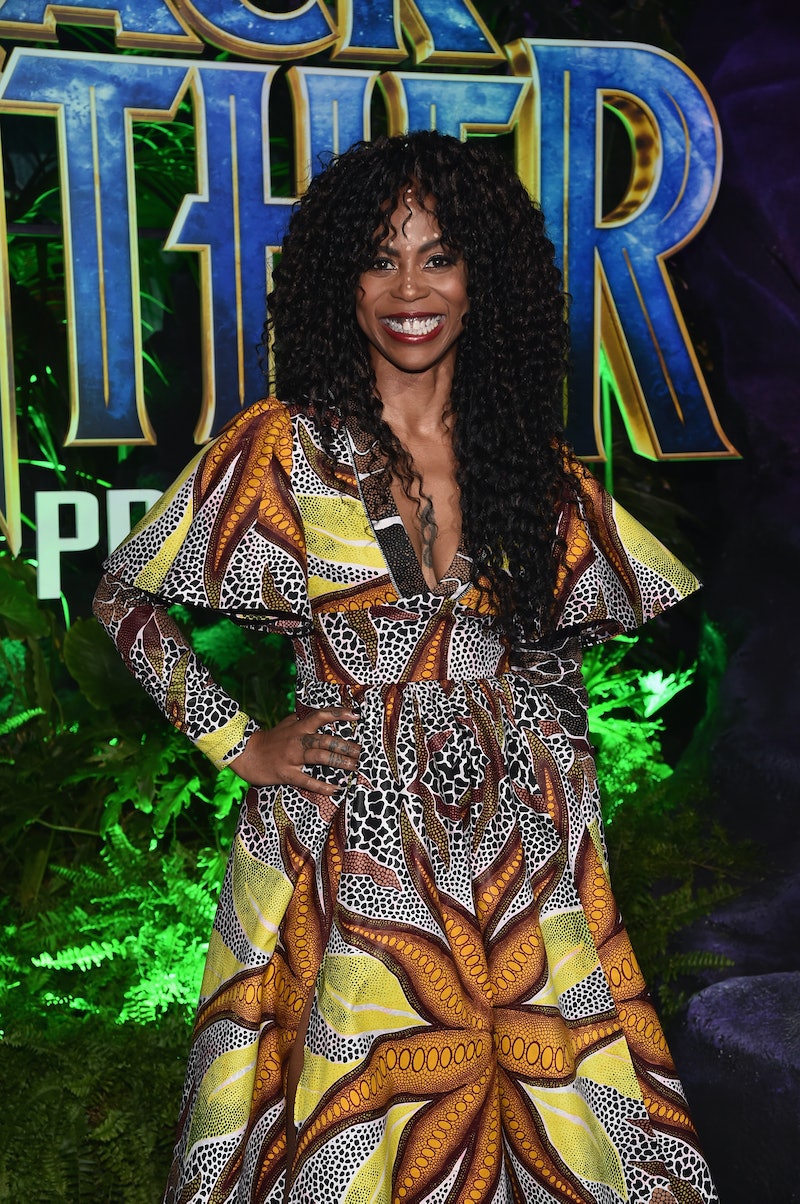 On Jan. 22, when the nominations for the 91st Academy Awards were announced, history was made. Hannah Beachler became the first African-American to be nominated for Production Design, for her work on Black Panther. Yet as exciting as that achievement is, the fact that Black people had been previously overlooked in the category is incredibly frustrating. As such, Beachler doesn't feel like her triumph is necessarily a cause for celebration.

"To [be] that first Black person, African American, to be nominated in this category ever in 91 years, it’s like ‘OK, come on,'" Beachler says when we speak a few days after the nominations. "I mean, do you celebrate that? It’s a question."

For African Americans, Beachler explains, bittersweet victories are unfortunately frequent: "It’s always like that dual struggle," says the designer, who's previously worked on films like Moonlight and Creed. "I’m glad I can be a role model for people that come next in this craft that want to push boundaries, go further, and hopefully this is helpful in that, but at the same time I struggle with it. Is it a celebration, really?"

Especially because there were other qualified Black production designers who could've earned nominations before Beachler. "The other side of it is, really, in 91 years, there was no one"? There was at least one," she says. She's referring to her personal role model, production designer Wynn Thomas, who has worked in Hollywood for over 30 years and has often collaborated with Spike Lee.

"[Thomas] should’ve been recognized for, I don’t know, A Beautiful Mind or Mars Attacks! or Do the Right Thing, School Daze, Crooklyn... all of these beautiful films," Beachler says, sighing.

The Oscars' perennial failure to recognize talented Black artists extends beyond production design, of course. Beachler says the lack of awards extended to Black actors, in particular, convinced her that she'd never receive a nomination of her own. "It was never representative of me — or any really Black people winning awards," she says, adding that she "never thought that [an Oscar] was attainable" because of how few Black people did win Academy Awards. Explains the designer, ""It was like, Sidney Poitier and Halle Berry, and you’ve got Denzel [Washington] who was robbed however many times and then finally for the one, Training Day, it was like, ‘OK, that was for Malcolm X’ — you know what I’m saying?'"

For as much solemn reflection that the Oscar nomination has inspired for Beachler, though, she still has managed to fit in time to actually take in her success. "Look, I’m not gonna lie, I’ve been doing dances and screaming at the top of my lungs and crying and re-living so many things," she says.

It helps that she has a very famous supporter. "I walked into my office and they’re like, ‘you got flowers from Beyoncé,'" Beachler says with a laugh. The designer worked on Beyoncé's visual album, Lemonade, for which she earned an Emmy nomination in 2016, and so it's fitting that Beyonce reached out following her Oscar nod. "She sent me this beautiful note and beautiful orchids, and she’s such a real true person who supports the community and supports artists," says Beachler of the star. "I admire her so much and I love working with her."

Despite events like that, Beachler's life hasn't been halted by the nomination — in fact, she's currently working on a new production in Cincinnati, per the New York Times. "I’m sort of isolated in a film and doing different things, so it’s been strange," she says. It's a new experience from that of Black Panther, which took a year of 24/7 work and the designer Beachler on a deep level. "Everything that I’ve done previously is what culminated in Black Panther," she says.

Working on Black Panther caused Beachler to ask herself questions like, "What am I made of? And who am I? Like, all of the questions about myself as a Black person, as a female, as a Black woman, as an African American... that was a journey within making this," she recalls. She describes the process of designing Wakanda as a combination of "awakening myself to my history" and then asking herself what her "wishes were for that world and how it would change." The result, as you probably know, was magnificent.

Creating the world of Wakanda required Beachler to have a keen sense of the ancient tribes of Africa as well as those currently living on the continent. For example, she explains, Black Panther's River Tribe took inspiration from Congolese fishermen who had "certain ways of fishing that was evolved because of the rough waters where they lived," but was updated to incorporate Wakanda's advanced technology. The country's philosophy, Beachler explains, differs from Western society mainly in its reverence for the past, which is incorporated into technological advances rather than replaced by them. "[Director Ryan Coogler] would say, ‘their history isn’t kept in museums or kept behind glass or gates, it’s part of their everyday lives,'" recalls the designer.

After spending a whole year essentially living in Wakanda, Beachler had a hard time separating herself from Black Panther, which also made Oscar history as the first comic book movie to be nominated for Best Picture. "I had a mourning period," she says of her time after leaving the film. "I missed living in that world, I missed living in Wakanda the way that [we] were."

Many fans likely feel similarly even just after watching the movie, which is why Black Panther's motto, "Wakanda forever," is so meaningful. The fictional country lives on in viewers' hearts long after the credits roll, and Beachler can celebrate her success, no matter how bittersweet, for years to come.