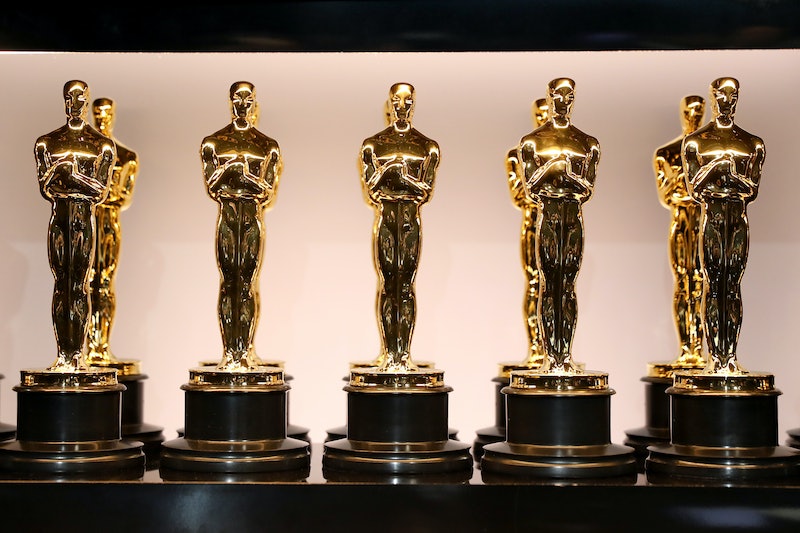 With the 2019 awards season now fully underway, many may be wondering where to watch this year's Oscar nominations in preparation for the big event which takes place on on February 24. Much like years past, watching the 2019 nominations should prove to be relatively easy with the event streaming live on the official Oscars website, as reported by ScreenRant. The nomination reading is set to take place at the Samuel Goldwyn Theatre in Los Angeles on Tuesday, January 22 and will kick off promptly at 8 am ET.

While there is no way to predict which projects will make the cut until they are officially read out, the Golden Globe and Screen Actors Guild Awards often serve as great indicators of what to expect in terms of honorees. So fans can certainly look forward to seeing mentions of some of their favorites such as Black Panther, A Star is Born, Bohemian Rhapsody, Roma, and BlacKkKlansman. The aforementioned films, along with critically-acclaimed features like The Favourite, Green Book, If Beale Street Could Talk, and Crazy Rich Asians are all potential contenders for the night's coveted Best Picture category.

As far as the acting categories go, many should expect to see Christian Bale (Vice), Bradley Cooper (A Star Is Born), Rami Malek (Bohemian Rhapsody), John David Washington (BlacKkKlansman), and Viggo Mortensen (Green Book) to be called out in the Best Actor competition, according to Thrillist. Meanwhile, fans can also anticipate to potentially see 2019 Golden Globe winner Glenn Close (The Wife) along with Lady Gaga (A Star Is Born), Olivia Colman (The Favourite), Yalitza Aparicio (Roma), and perhaps, Nicole Kidman (Destroyer), and Melissa McCarthy (Can You Ever Forgive Me?) up for the Best Actress selection.

Gold Derby reported that Mahershala Ali could win a 2nd Oscar faster than any actor in 24 years should he score a Best Supporting Actor nomination and win for his role in Green Book with Adam Driver (BlacKkKlansman), Sam Elliott (A Star Is Born), Timothée Chalamet (Beautiful Boy) also standing as strong potential contenders in the category. ScreenRant noted that there could also be a possible redemption nod for Michael B. Jordan (Black Panther), who was completely shut-out at both the SAG and Golden Globe awards this year.

Regina King (If Beale Street Could Talk) should easily snag a Best Supporting Actress nod following her Golden Globe win earlier this month. Emma Stone (The Favourite), Amy Adams (Vice), Rachel Weisz (The Favourite), and Claire Foy (First Man) could also be part of the conversation when the noms are read out later this month, according to Esquire.

In December 2018, the Oscars also released shortlists for nine of its 24 categories, sharing the names of potential nominees in categories such as Best Animated Short Film and Best Visual Effects — a category which notably included films such as Avengers: Infinity War, Black Panther, Solo: A Star Wars Story and Mary Poppins Returns.

Although the nomination ceremony seems to be ready to go off without a hitch, the overall narrative of this year's Academy Awards has been heavily flanked with its fair share of issues. This past summer, the Academy of Motion Picture Arts and Sciences received major criticism for the introduction of a Best Popular Film category — something which it later put on hold after revealing that they needed to have further discussion to officially implement, according to IndieWire. The award show's 91st celebration was also been plagued by an ongoing host controversy, which has ultimately resulted in the show going forward without an official emcee, as reported by Variety.

As in years past, the 91st Academy Awards ceremony will take place in LA at the Dolby Theatre and will be broadcast live on ABC beginning at 8 pm ET. With so many great projects up for contention this year, fans are certainly going to have to keep their fingers crossed for their favorites as the nominations are read out on Jan. 22.