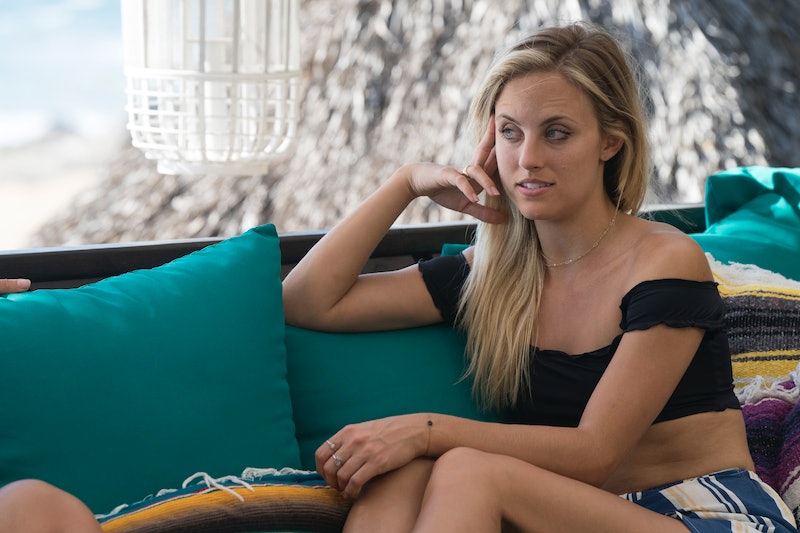 There's no doubt about it: Grocery Store Joe is a favorite among the Bachelor in Paradise viewers. So of course any fan would be upset to see him upset. Kendall, another fan favorite, just ended her relationship with the grocer, which prompted him to leave the show. Now, some fans are solely blaming Kendall for her breakup with Joe, but it's not totally fair.

Of course anyone would feel sad watching Joe be so upset and confused, but he wasn't the only one who was all over the place with emotions. Kendall was upset too. Nevertheless, the fandom is very much on Joe's side, or at least that's what it seems like based on some of the tweets.

Joe and Kendall's Bachelor in Paradise costar Diggy Moreland expressed something that others did as well: she "doesn't give a f*ck about what Joe is saying." But did they not watch the same scene? Clearly Kendall felt bad about her hurting Joe. They were both very emotional during that exchange. Joe was not the only one who left the show on a sad note. Not only that, but the viewers did not get to see every single thing that was said in that conversation. Still, everyone had an opinion, and everyone seemed to blame Kendall.

The Bachelor in Paradise cast members had been rooting for Joe and Kendall to make it as a couple, which is why it was a shock that they wouldn't be picking out a ring together.Once again, the fans are just not privy to everything that was said and done during filming, or even after filming. Maybe these two weren't meant for a reality TV engagement, but they can date at a pace they're comfortable with away from the cameras, right?

Viewers Said Joe Was "Too Good" For Kendall

How can fans go from shipping Joe and Kendall as the perfect "opposites attract" couple to concluding that she never deserved him in the first place? There doesn't need to be a villain in every breakup. Sometimes relationships just don't work out. Hopefully this is just a break and not actually a breakup. That Bachelor in Paradise reunion episode needs to air ASAP.

It's so tough not to sympathize with Joe, but there had to be more to that conversation (and their overall relationship), right? Even if there is not, then Kendall was very confused. Who hasn't made a regrettable dating decision? There's no need to crucify Kendall for this one — if she said she didn't know how Joe felt, its entirely possible that she didn't.

Again, Dating Is The *Whole* Point

Something just doesn't add up for some people. Joe was all in from the very start and even continued to date Kendall after she explored other options. It's tough to see Joe get so caught up in this journey and sad over Kendall, but then again the premise of Bachelor in Paradise is to meet multiple people and go out on dates.

To viewers, it was very obvious that Joe was all in with Kendall, but it's often easier for an "outsider" to have a "clear" perspective of a situation since they are not as emotionally involved as the actually couple. Or former couple.

Joe has been such a lovable cast member in the Bachelor franchise. Of course, fans are going to be very invested in his happiness. It's sad to see anyone sad, let alone someone who is so highly revered. Nevertheless, Joe is not the only one hurting. Yes, Kendall hurt Joe and she probably wouldn't dispute that, but it doesn't mean that she wasn't torn up about the end of their time in Paradise. A lot of people in the Bachelor Paradise universe have left because they weren't sure (ahem, Colton!), so it's fair for Kendall to have changed her mind. It's perfectly valid for both people to feel hurt in response to breakup and unlike IRL, there's a lot that we might have been missing from the story the producers decide to tell on our screens.