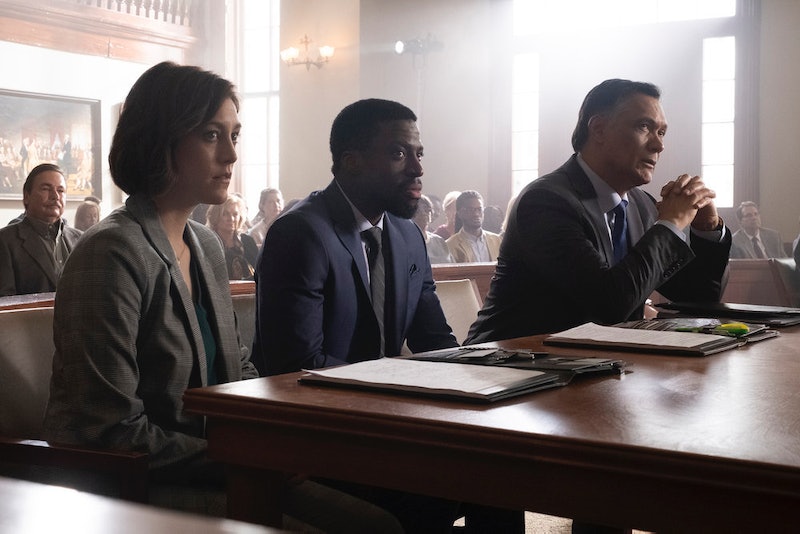 Most legal procedurals on television are set in some of the biggest, most well-known cities in the U.S., but that doesn't always mean that they are actually filmed in those cities. The NYC-set Suits, for example, filmed in Toronto; The Good Wife, a show about Chicago politics, was filmed in New York City. One of NBC's new sitcoms, Sunnyside, is all about Queens, but filmed on a soundstage in Hollywood. It happens more than most viewers probably notice, which is why it's rather refreshing that NBC's latest legal drama, Bluff City Law is filmed on location in Memphis, Tennessee.

The series stars Jimmy Smits as Elijah Strait, an attorney who specializes in civil rights and defending the little guys, and Caitlin McGee as his estranged daughter, Sydney. Sydney returns home after her mother unexpectedly passes away, and eventually ends up staying in town to work alongside her father at his prestigious family law firm. Drama, of course, ensues.

It doesn't always matter where a show is filmed — but when the series is about the inner workings of a certain place and the people who live there, it does lend itself to more authenticity. And most importantly, it brings money and jobs to the location, which is just one of the reasons the creators of the show knew they owed it to the city to shoot there if they were going to be telling the city's stories.

Michael Aguilar, a producer and co-creator of the show, told Commercial Appeal, "The more we researched and learned about Memphis, the more it made sense to set the show here. The more time we spend [in Memphis], the more excited we become about the stories we can tell.” Though the pilot was shot in Memphis, Commercial Appeal reports, there was some back-and-forth between NBC, the production company, and the city of Memphis itself about whether the show would continue to film in Bluff City, given that moving moving production to Georgia or Louisiana could have resulted in greater tax breaks for the production company.

Ultimately, the Memphis City Council unanimously passed a resolution to ask the state to offer $10 million in incentives to bring the production to town. A letter writing campaign to Governor Lee by the Memphis and Shelby County Film and Television Commission resulted in a sort of compromise — they settled on $4.25 million in incentives being given to the project, with a predicted return of $55 million season for the city.

Memphis Tourism president Kevin Kane told WMC5 that he wants Bluff City Law to do for Memphis what Nashville did for that city. "Various scenes are shot in some great Memphis locations which will obviously be an opportunity for us to showcase different parts of Memphis to an audience that may not be thinking about Memphis as a place to travel and visit," Kane said.

Besides the boost in tourism, it also means possible job opportunities for locals. "The show will mean hundreds of jobs for Memphis film production crews and increased revenues for local business," EDGE president Reid Dulberger told Commercial Appeal. And not just for those in the television and film industry — hotels, restaurants, convenience stores, and all sorts of establish could also experience a boost in traffic with a whole cast and crew in town.

So if you're watching Bluff City and just can't get enough of that skyline or those street scenes, you're more than welcome by the state, local tourism boards, and business owners. In fact, they're likely expecting you.