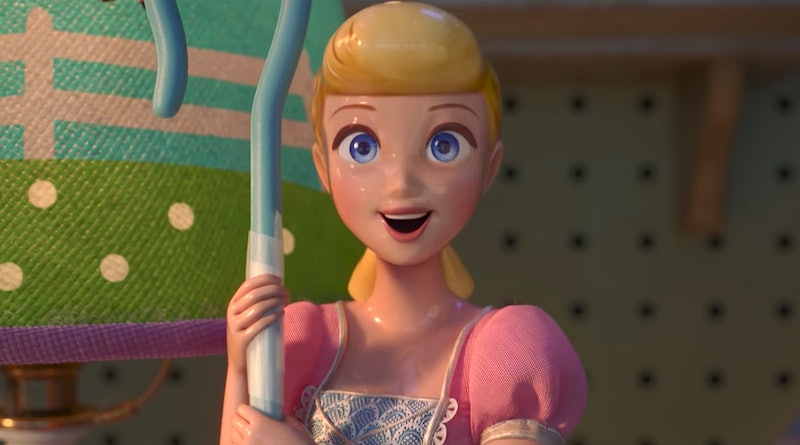 Toy Story fans will be happy to hear they're finally getting an answer to the long-debated question: whatever happened to Bo Peep between films two and four? Turns out, a hell of a lot. Bo Peep is the star of new Toy Story prequel Lamp Life, a Disney+ short film that looks set to reveal all of the toy's hilarious escapades.

Disney+ released the trailer earlier this week as a follow-up to the 2019 mega-hit film, Top Story 4.

The short picks up at the funfair, just after newly reunited BFFs Woody and Bo decide to go it alone as 'lost toys' (and cause grown adults to cry themselves to sleep). In the clip, Woody, a cowboy toy gone rogue, asks Bo Peep, "What happened all this time?"

The trailer reveals Bo had spent some time on a baby's bedside table where she admits life was "not exciting...” before bursting into flames ("or maybe too exciting..." she adds). Hailed as 2020's new kickass female hero, Bo will prove she's more than just a child's ceramic lamp, as she ends up on "quite the unexpected journey" after being thrown in the rubbish.

Lamp Life is just one of the many new shows sure to get viewers flocking to Disney + when it arrives in the UK on March 24 . The new on-demand streaming service launched on November 12, 2019, in the U.S., Canada, and the Netherlands and on November 19, 2019, in Australia and New Zealand.

Though we've had to wait much longer than other countries, it seems the UK is getting the new platform sooner than anticipated. Disney+ originally announced via Twitter that it would be launching in the UK, Germany, France, Italy, Spain, Austria, and Switzerland from March 31, 2020. However, in a press statement sent to Bustle on Jan. 21, 2020, this date has now been pushed forward to March 24.

And, by the looks of things, Disney+ will be worth the wait. For £5.99 a month, viewers will get access to recent and future releases created by The Walt Disney Studios, including Captain Marvel, Dumbo, Avengers: Endgame, Aladdin, Toy Story 4, The Lion King, Maleficent: Mistress of Evil, Frozen 2, and Star Wars: The Rise of Skywalker."

Lamp Life will officially be available to watch on Disney+ in the U.S. on Jan. 31 and in the UK after the platform's March 24 launch date.