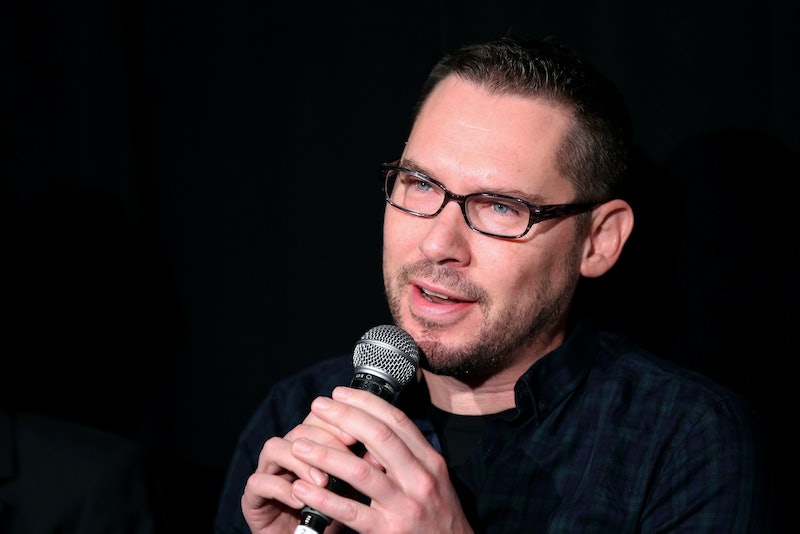 Despite being one of the most critically-acclaimed films of the year, Bohemian Rhapsody was removed from GLAAD Media Award's Best Picture nominations following recent allegations of sexual misconduct against director Bryan Singer. And the act might finally point to a new era of accountability in Hollywood years in the making. Although the film itself was certainly deserving of recognition, a statement from GLAAD, shared by People on Thursday, Jan. 24, explained its "difficult decision to remove Bohemian Rhapsody from contention for a GLAAD Media Award in the Oustanding Film — Wide Release category this year.”

“This week’s story in The Atlantic documenting unspeakable harms endured by young men and teenage boys brought to light a reality that cannot be ignored or even tacitly rewarded. Singer’s response to The Atlantic story wrongfully used ‘homophobia’ to deflect from sexual assault allegations and GLAAD urges the media and the industry at large to not gloss over the fact that survivors of sexual assault should be put first.”

GLAAD's recent action comes after a harrowing report published in The Atlantic, which detailed both old and new allegations of sexual assault and misconduct involving minors at the hands of Singer. The Atlantic's article was published on the heels of Bohemian Rhapsody receiving several Oscar nominations and featured interviews with Singer's alleged victims — one of whom was as young as 13-years-old at the time of the alleged incident.

Singer, for his part, has continues to deny a myriad of allegations of inappropriate behavior made against him since the late '90s, when producers on his film Apt Pupil were sued by parents of a teenage boy they alleged was instructed to be naked on camera (the suit was later dismissed). Singer responded to The Atlantic's accusations in a statement obtained by Bustle. His statement reads:

"The last time I posted about this subject, Esquire magazine was preparing to publish an article written by a homophobic journalist who has a bizarre obsession with me dating back to 1997. After careful fact-checking and, in consideration of the lack of credible sources, Esquire chose not to publish this piece of vendetta journalism. That didn’t stop this writer from selling it to The Atlantic. It’s sad that The Atlantic would stoop to this low standard of journalistic integrity. Again, I am forced to reiterate that this story rehashes claims from bogus lawsuits filed by a disreputable cast of individuals willing to lie for money or attention. And it is no surprise that, with Bohemian Rhapsody being an award-winning hit, this homophobic smear piece has been conveniently timed to take advantage of its success."

Prior to the release of The Atlantic report, GLAAD had championed Bohemian Rhapsody for its depiction of Freddie Mercury’s sexuality and his battle with AIDS, according to Variety. Yet, after the report was released, the organization, which monitors and promotes the inclusion of the LGBTQ community in the media, went on to note the large impact of Mercury's portrayal, saying that they felt that both the team who worked on the film and Mercury's legacy deserved "so much more than to be tainted in this way."

However, the organization's decision to remove the film from its Best Picture contention proves its dedication to focusing on what's important — the victims and survivors of sexual assault. In their statement, the organization made clear that they were not interested in separating the art from the artist — not in this case. "We believe, however, that we must send a clear and unequivocal message to LGBTQ youth and all survivors of sexual assault," the statement continued, "that GLAAD and our community will stand with survivors and will not be silent when it comes to protecting them from those who would do them harm.”

Bohemian Rhapsody which, according to Pitchfork, is now the highest-grossing music biopic of all time has been hugely successful on this year's awards circuit. Actor Rami Malek, who was praised for his spot-on portrayal of Mercury, recently earned an Oscar nomination for his role in the Queen biopic, while the film earned a nod for Best Picture. The movie was also acknowledged in the sound editing, sound mixing, and film editing categories. The movie also won the Golden Globe for Best Motion Picture — Drama, with Malek snagging the Golden Globe for Best Actor in a Motion Picture.

While Singer has not been charged with a crime, the allegations which have been lodged against him for years are extremely serious. And as the movement to mute alleged abusers in Hollywood continues, decisions like the one GLAAD just made have become critical to ensuring that change truly does happen.