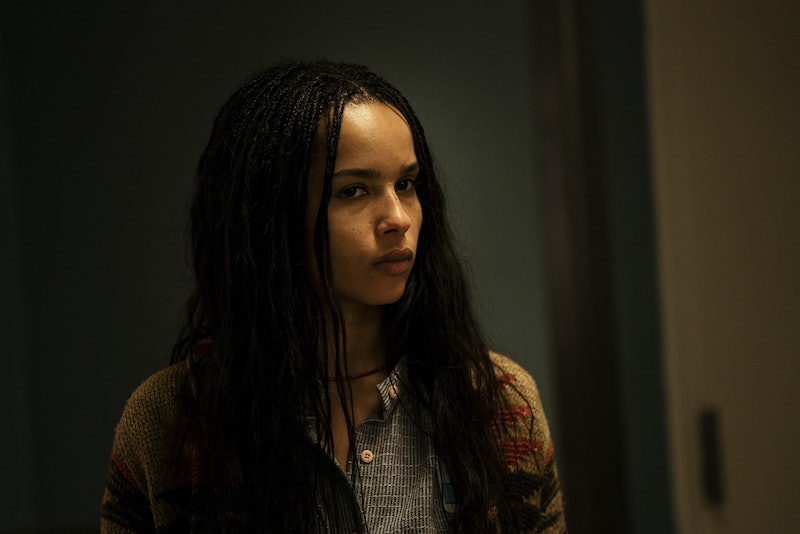 Spoilers ahead for the Season 2 finale of Big Little Lies. Big Little Lies's Season 2 finale offered closure to several storylines, but it also left several lingering questions about the Monterey Five's fates — namely, what will happen to them now that they've seemingly come clean to police about how Perry died. All of the women had a hand in the cover-up and could face legal consequences, but it's Bonnie whose potential prison time could be the most severe, given that she's the one who pushed Perry.

According to William Pernik, a Monterey County defense attorney whose practice has worked on cases like Bonnie's, Bonnie would likely be prosecuted for Perry's death, and if convicted of voluntary manslaughter, could face between three and 11 years in prison. However, he says she could make a case for self-defense.

"At her trial, Bonnie would likely argue that she acted in legal self-defense or defense of others," Pernik tells Bustle in an email. "So long as she reasonably believed that her friend was in imminent danger of being injured or touched unlawfully, and that immediate use of force was necessary to defend her against that danger, the law may excuse her actions, provided that the jury agreed that she used no more force than was necessary to defend against that danger."

Of course, the fact that Bonnie lied about her role in Perry's death could complicate the case, even if a jury knew she was acting in defense of Celeste. Pernik says she could possibly be charged with providing false information to the police, which is a misdemeanor. And if the police were to find out that she and her friends "conspired to mislead the police," that could lead to felony charges. (According to Time magazine, an obstruction of justice charge can carry a sentence of up to five years in prison, as well as fines or probation and community service.)

That Bonnie lied would also undermine her "credibility with the jury, so her lawyer would have to have good explanation for it," Pernik continues. And that's not even taking into consideration the fact that Bonnie is a woman of color admitting to killing a wealthy white businessman, being tried within a system that has historically been stacked against her.

That being said, Pernik says the fact that Bonnie is herself a victim of domestic abuse would be considered by the court, which could lead to a lesser charge or at least more lenient plea bargain.

"The judge, likewise, would take her background, the circumstances of the offense, and her mental health issues in consideration in deciding what sentence to impose, and it could help mitigate the sentence from the maximum of 11 to the minimum of three, if she were to go to prison," Pernik explains. Bonnie might even be "diverted out of the criminal justice system entirely" if she were to be diagnosed with post-traumatic stress disorder and could pursue treatment without being a risk to public safety. Pernik says it would be "very complicated and extraordinarily difficult to establish her case under that provision," but that it's "not impossible."

With a potential Season 3 looking pretty unlikely, we may never know what legal ramifications Bonnie and the rest of the Monterey Five will face. But we are in the world of Big Little Lies, in which courtrooms exist for drama more than anything else, so for now, let's just pretend they all get off scot-free.