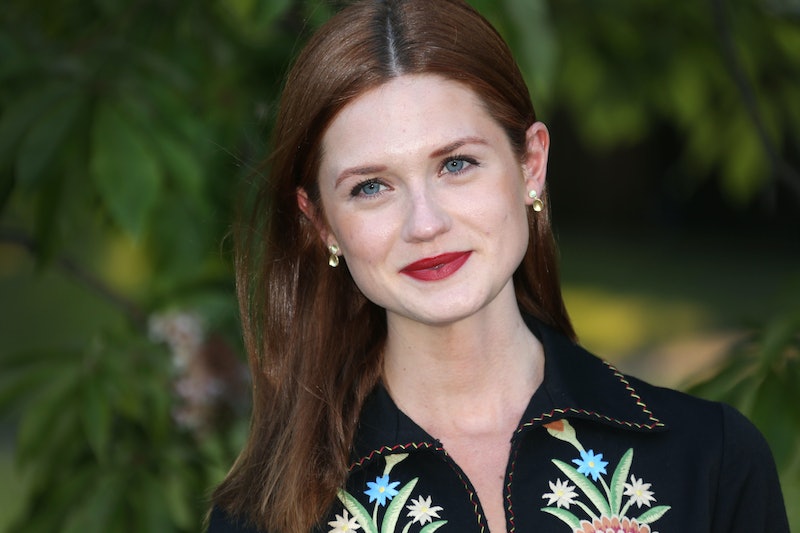 You might be used to seeing her shooting around a quidditch pitch or putting death eaters in their place but Harry Potter actor, Bonnie Wright has taken on the role of eco warrior and it suits her. Ginny Weaselly was definitely a hero of mine growing up. Outsmarting her brothers, and working to save Hogwarts looked like a hell of a lot of fun to nine year old me. Now she is inspiring the next generation to fight for a much greater cause. Bonnie Wright is encouraging kids to upcycle their toys, rather than throwing them away. Since leaving Harry Potter the actor has worked tirelessly to raise awareness about the amount of plastic in the ocean.

Wright surprised children while they were at school learning how to fix, change, and upcycle their toys. To say they were excited is an understatement. For a special investigation by BBC Radio 5 Live Wright worked with school children, their parents, and teachers to talk about how much plastic is in the children's toys what happens after they’re finished with the toy and it ends up on landfills and in the ocean. She said, “I hope that these toy companies think differently about what children want these days.”

The BBC cited that according to the British Toy and Hobby Association 370 million toys were sold in the UK last year. A poll by the British Heart Foundation found that more than a quarter of parents admit to throwing away toys that are in perfect working order. Once thrown away these toys can end up polluting the ocean and on landfills.

Natasha Crookes from the British Toy and Hobby Association told the BBC, "toys are far from single use plastics, as we know from research that they stay within a household for approximately ten years and tend to then be passed on to charities, friends and families.”

Encouraging children to think about where their toys go after they have been thrown away is far from Wrights first step into environmental campaigning. She is a campaigner for Greenpeace and cites the fact that she was lucky enough to spend time by the sea when she was growing up for her passion.

Speaking about her childhood on Greenpeace, she said, “when I went camping as a child in Cornwall and Wales I remember swimming in streams and rivers, we used to build little pools by creating dams with rocks.” She continued:

“It saddens me to think that future generations could be handed plastic filled waterways if we don’t urge the government to take strong action to protect them.”

In March 2019 she worked with Greenpeace and other academics to examine the levels of micro plastics in British waterways. Speaking about the study to the BBC she said, "I think it is incredibly worrying. Every time I have done the trawling for plastics, like we have done today, there's not been one time the net hasn't come up with some type of micro plastics.”

She might have hung up her gown and wand but Wright is still inspiring children (and adults) everywhere. Her work with Greenpeace to raise awareness for the plastic in our waterways and oceans is so important and she is doing such a great job. She is really proving Ginny was the greatest all along.

This article was originally published on June 18, 2019