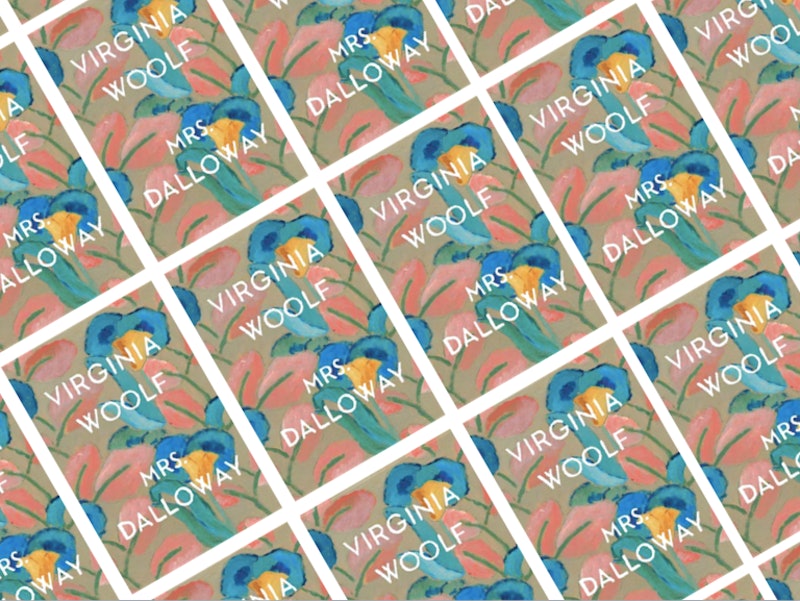 Toward the beginning of Virginia Woolf’s Mrs. Dalloway, the titular Clarissa walks around London buying supplies for a party she’s throwing that night. As she walks, she thinks with amazement that not only does the city still exist, vibrating with life, five years after World War I, but that people continue on, too: “She always had the feeling that it was very, very, dangerous to live even one day,” says the narrator.

The sentiment may feel familiar to anyone making a grocery store run today, amid the coronavirus pandemic. As social distancing measures drag on and, in some states, are prematurely lifted, anxiety is everywhere about what life could look like once the COVID-19 outbreak ends. With few analogous examples to turn to, and living memory all but depleted, the literature that emerged after World War I offers a glimpse into what to do after a global trauma that changes people’s understanding of daily life.

“No one has ever had any illusions about the glory of viruses or pandemics as they have had about war,” says Sarah Cole, Ph.D., the dean of Humanities at Columbia University and an expert in the literature that emerged from World War I. Despite this key difference, Jarica Watts, Ph.D., an assistant professor of English at Brigham Young University, says that like during “the Great War, the prevailing feeling [during the COVID-19 pandemic] is one of uncertainty.” Post-World War I literature was often “about the strangeness, the tedium, the ambient anxiety, the dread,” she explains — much like what people feel today.

New Opportunities To Analyze And Create

In case you don’t remember from high school English class, the years after WWI were a boom time for literature: Woolf, Ernest Hemingway, Gertrude Stein, T.S. Eliot, and others produced some of their most important works, a movement that became known as modernism. Modernist novels often use fragmentary language to build a nonlinear narrative, reflecting the sense of futility and loss created by the war — something that might be happening in your own brain space, too.

“You open up Mrs. Dalloway or any Woolf novel and … it takes you a moment to locate yourself,” says John Lurz, Ph.D., an associate professor of English at Tufts University. The act of trying to orient yourself in a modernist novel “speaks to the kind of effort you have to put into navigating yourself through this moment,” Lurz says: As we lose track of days, weeks, routines, and even our sense of self as we adapt to pandemic life, works like Dalloway show us that it’s possible to find ourselves again.

They also elevate everyday experiences to those of great cultural value. Woolf describes Clarissa’s front hallway like this: “It was her life, and, bending her head over the hall table, she bowed beneath the influence, felt blessed and purified, saying to herself, as she took the pad with the telephone message on it, how moments like this are buds on the tree of life, flowers of darkness they are.”

If you’ve marveled at your sourdough during quarantine, you know what that humble kind of gratitude feels like. Lurz says modernist writers drew inspiration from daily life, thinking of it not as an “opportunity to not look away from what’s happening and totally escape,” but to analyze how the nuances of the everyday have the potential to represent so much more — something we can do in the present.

“We are all paying attention now in a way that we weren’t able to do before,” Lurz says. “This echoes with the modernist novel and its focus on the small details and memories that blow up in a larger way, like we see in Mrs. Dalloway. You orient yourself through those details.”

Almost a million British soldiers died in the Great War, and there was often no formal closure for the families left behind. Watts draws a parallel to the families of people dying from COVID-19. “By now we’ve all become accustomed to seeing the refrigerated morgue trucks line some of New York’s busiest, but now deserted, streets,” Watts says. “We, like those a hundred years before us, are forced to reckon with the impersonal nature of these deaths.”

Just as post-World War I, “circles” of mourning formed that evolved into widows’ and veterans’ organizations, Watts suspects that families will likely create new social networks with others affected by the virus. (COVID-19 survivor support groups are already popping up online.)

But many people who aren’t directly affected by the virus are coping with their own kind of grief. Clarissa Dalloway, too, struggles to make sense of her life after the war, knowing she didn’t have it as bad as others: “Did it matter then, she asked herself, walking towards Bond Street, did it matter that she must inevitably cease completely? All this must go on without her; did she resent it; or did it not become consoling to believe that death ended absolutely?”

“For far too long, we’ve believed in our own invulnerability,” says Watts. The literature of World War I forced its readers to recognize “how fragile our world really is, how easily we can lose so much, without anyone really understanding why,” adds Cole. “Great leadership was in short supply during WWI, but violence and seemingly meaningless death was all around.”

Today, we’re asking ourselves the same kinds of questions as we did when the war ended in 1918: “How could this happen, and how do our human accomplishments stand up in the face of incredible, dramatic loss?,” says Cole. “World War I came to stand for a ‘lost generation,’ for a huge, tragic waste of life and resources, and this was a story told, in large part, in art and literature. Will the coronavirus pandemic have this effect for our current generation? It might.”

But if modernism has taught us anything, as Lurz says, it’s that loss may not have to carry any kind of value: it can just be. “This isn’t a damaged version of real life, some imperfect version of how things should be,” Lurz says. “This is an extraordinary moment. Just because it wasn’t what you could have imagined, it doesn’t mean that it’s not worth anything.”