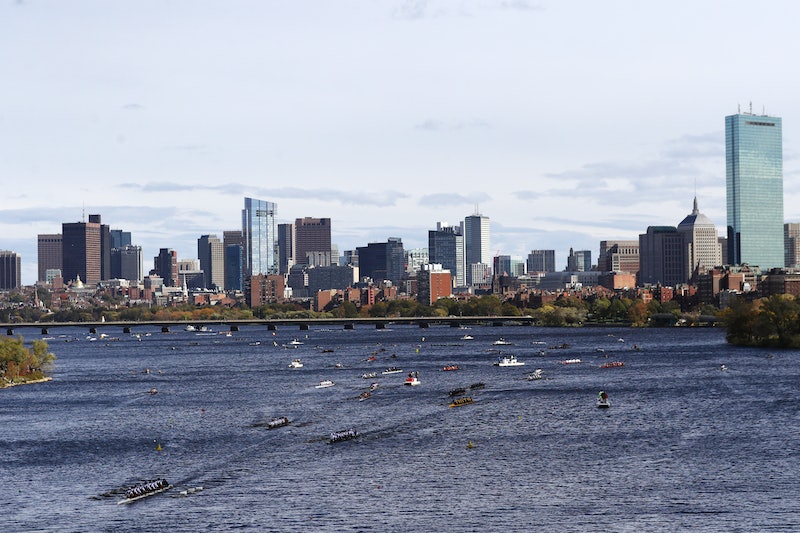 The event is being organized by a conservative group called Super Happy Fun America. The organization is led by John Hugo, who ran unsuccessfully for Congress as a Republican in 2018, and Mark Sahady, an organizer with the far-right group Resist Marxism.

“Straight people are an oppressed majority," Hugo is quoted as saying on Super Happy Fun America's website. "We will fight for the right of straights everywhere to express pride in themselves without fear of judgement and hate. The day will come when straights will finally be included as equals among all of the other orientations.” In a Tuesday interview with the Boston Herald, Hugo said that straight people "are sick and tired of being treated like second-class citizens," though he offered no examples of this.

On Friday, Boston Mayor Marty Walsh addressed the parade and surrounding controversy on Twitter, and announced that city has no choice but to provide the group with a permit for the event if it qualifies for one.

"First, Boston's values are clear: respect, diversity, and acceptance of all. As Mayor, I'm proud to host our annual Pride Week, where our city comes together to celebrate the diversity, strength and acceptance of our LGBTQ community," Walsh wrote. "Second, permits to host a public event are granted based on operational feasibility, not based on values or endorsements of beliefs. The City of Boston cannot deny a permit based on an organization's values."

Walsh went on to say that, although the group doesn't yet have a permit, it is "working to amend their application for permits to host a public event."

Days earlier, Sahady wrote in a Facebook post that "the city is now working with us on the parade," and that it's tentatively scheduled for Aug. 31. In a series of comments on the same post, Sahady also said that the event is aimed at "poking fun at the identity politics of the left" and "using their language against them." He predicted that "those that oppose us will be labeled gay supremacists."

Sahady, who serves as vice president of Super Happy Fun America, drew press coverage in 2018 as a vocal member of Resist Marxism, a far-right organization founded by convicted felon and minor alt-right hero Kyle "Based Stickman" Chapman. In 2018, ThinkProgress obtained internal communications from Resist Marxism's Boston chapter that showed the group's members using anti-Semitic and homophobic slurs, with one member saying the group "has the potential" to become a "true non optics nazi organization."

"Wow!" Evans wrote on Twitter in response to news of the parade. "Cool initiative, fellas!! Just a thought, instead of ‘Straight Pride’ parade, how about this: The ‘desperately trying to bury our own gay thoughts by being homophobic because no one taught us how to access our emotions as children’ parade? Whatta ya think? Too on the nose??"

Walsh closed his Twitter thread by reminding readers that the annual Boston Pride parade will be taking place on Saturday, and encouraging residents to join.